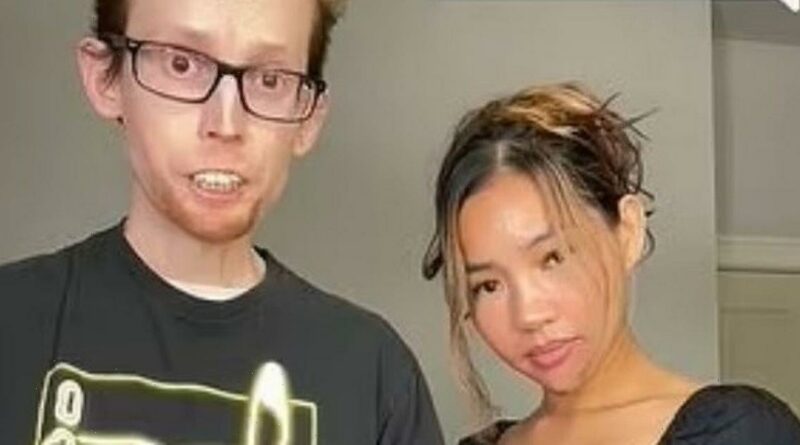 A man's been cruelly trolled online and has been told he's "too unattractive" to be married to his "hot wife".

Scott, from Houston, Texas, has been in a relationship with his wife Divine, from the Philippines, for five years.

They connected unexpectedly after Divine contacted him on Facebook in 2017 because she thought he was someone else.

READ MORE: Married swingers encourage bonking others and trot across globe for 'sexploits'

They chatted for quite some time before they decided to take the plunge – and started a long-distance relationship.

Then in November 2017, Scott went to see Divine in the Philippines for the first time, and he later popped the question.

Their long-distance romance continued for four years, and then Divine relocated to the US before they got hitched.

In 2021 they took to TikTok to make videos about their relationship – but the short clips made many people doubt their romance was real.

A lot of people think Divine is only with Scott because he "has money", and some even claim she stayed with him to bag a "green card."

Speaking in a YouTube video by Truly, Scott said: "Before I met Divine, life was pretty boring. My life was at a total standstill."

He has a chronic autoimmune disease called Scleroderma, which started to affect him when he was as young as 13.

The condition is said to have "morphed" his appearance, but it's claimed it shouldn't get any worse.

But, even though the couple face a lot of nasty comments, Scott said he won't let hurtful words get to him.

"Because you keep seeing the same thing over and over again," added Scott.

"There's always going to be someone out there that's not going to think about it (your appearance)."

Divine agrees, and said it's "hurtful" to read comments implying she's only with Scott for cash.

She's adamant this isn't the case, and she says the pair are happily wed.

One TikTok video, that's attracted 14,000 views, sees the couple talk through the "weirdest questions" people on the internet have asked them.

The queries generally range from "are you a real couple?" to "are you sexually active?" to "does your wife ever wash her hair?'"

It's safe to say the critics don't tread gently, but the couple often respond with snarky remarks to try and keep things light.

One person thought Divine looked "very young", but Scott cheekily replied telling them: "Don't let your eyes deceive you, she's way older than you think she is."

There have also been a series of other cruel comments in the past.

On one video, a person commented: "When you're at work I doubt she is loyal to you."

Another added: "This girl be mad using him. Sad thing is he doesn't realise."

Even though they get a lot of hateful comments, there is also a decent outpouring of love for the couple.

There are many kind people who also support their relationship.

"Wow, you are both so classy! Very nice couple indeed," one person commented.

A second added: "You guys are [an] adorable couple."

One more person also took a swipe at the haters, asking: "Why are you so bothered about what they post on THEIR account? Get a life."