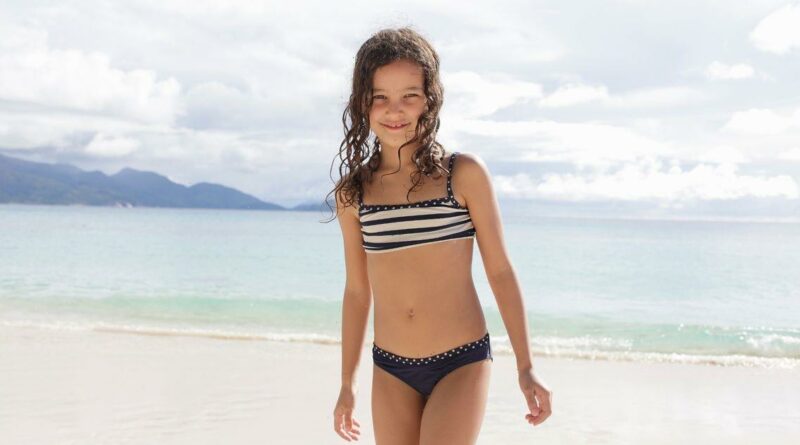 A mum has sparked a heated debate after revealing she's bought her eight-year-old daughter a bikini for their holiday.

Posting to Mumsnet, the anonymous parent, who is from the UK, said she had been told by a pal that it was "completely inappropriate" to buy her daughter the two-piece swimwear.

However, she said that she disagreed completely.

In the initial post, the mum wrote: "We are going away this summer, I have started buying bits for our holiday. Out with a friend shopping who has a daughter a year older than mine.

"I picked up a cute little two-piece swimwear for [my daughter]. She thought it was completely inappropriate and was shocked that I would even consider putting her in one."

The woman went on to say that her daughter had picked the two-piece out herself.

She added: "She has only ever worn a full suit before as we haven't been away since pre-Covid.

"She always wore a more full suit to protect her from the sun."

The mum went on to ask whether she's being unreasonable to think it's fine to put her daughter in a bikini.

And people had very different opinions to the question.

Many defended the mum's decision, as one wrote: "My seven year old wears them all the time. She prefers them as these are easier for her to use the toilet."

A second added: "I wouldn't put them in a tiny scrappy triangle bikini, but a two piece is much easier to toileting etc."

And a third agreed, writing: "I loved bikinis when I was little, swimsuits were for proper swimming. I had a lovely brown one with orange crabs on (it was the 1970s)".

However, others agreed with the mum's friend.

One wrote: "You might be all like, 'She's a kid there’s nothing sexualised about a bikini'. But there is. Sorry. And why should a child wear an adult swimsuit?"

Another added: "I’m not a fan – for the reasons stated in similar threads: eight-year-old girls don’t (generally) have breasts and therefore don’t need to either cover their chests or dress like an adult who does have breasts".