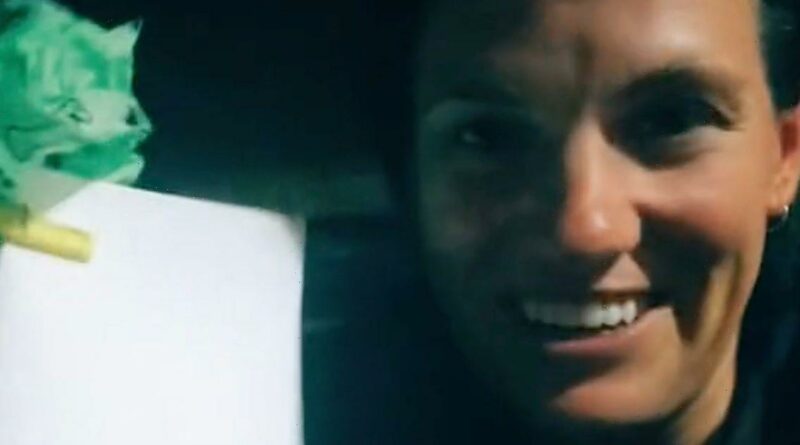 A woman devised a plan to take revenge on a local resident.

Sasha Poldmaa, from New Zealand, was left scratching her head when she noticed dog poo scattered in front of her house over the course of three days.

So she studied footage from her security camera to find out which neighbour was throwing excrement on her driveway.

She was certain the droppings couldn't be from her dogs as they were locked in the kennels during the day when she was at work.

"My dogs don't roam, they're not roaming dogs", Sasha said in a now-viral TikTok video where she rolls the CCTV.

"So I set my iPad up to film what's been happening during the day."

"This old lady from next door comes with some s*** in her shovel and she is throwing it on my driveway.

"I don't even walk [the dogs] past her house I go the other way and I use doggy bags, there are other dogs in the neighbour lady."

The woman came up with a plan which she "returned the favour" with a complaint letter.

Sasha mentioned that she had reported to local police because of the neighbour's "repeated and deliberate acts of bitterness".

She also expressed her concerns for her dogs' safety.

"I took the opportunity to return the faeces to your property using my own doggy poo bags which you'd see me walking with IF I ever did actually walk down your direction in the street," she added in the letter.

Along with the letter, Sasha clipped a few bags of dog poo that she picked up from her driveway.

"I'm going to drop these in her mailbox," she said.

"I can't believe I just did that, that is not me but I am so offended."

The next morning, the pensioner living across the road knocked on her door and acknowledged her act of revenge.

She apologised to Sasha and explained she had a neighbour doing similar before.

The resident added: "Well well the laugh is on me so let's face it."