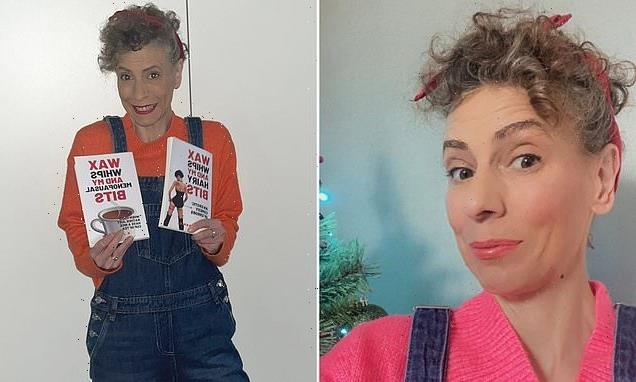 Stephanie Oram, 52, from Blackpool, wrote her debut novel Wax, Whips And My Hairy Bits during lockdown, and after taking part in a phone-in on This Morning, it became the second most popular book on Amazon.

After reading a few lines of Fifty Shades Of Grey, Stephanie decided she wanted to create something relatable, realistic and funny for ‘the average woman’.

Stephanie wants to help women see the funny side of the menopause especially, and has published a book called It’s Not The F&!#@%G Change!, which features real women’s funniest stories and quotes from their experiences. 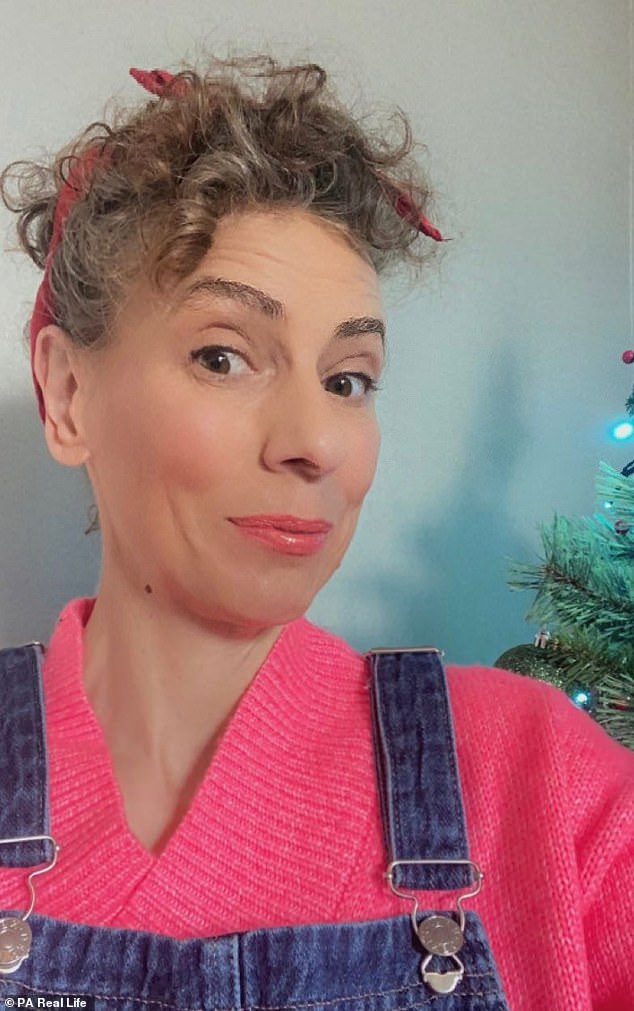 The former recruitment consultant hopes the book will remind fellow menopausal women that they are not the only ones doing funny things like putting their mobile phones in the microwave or calling their firstborn child by their dog’s name.

In 2020, Stephanie was in the middle of setting up her own recruitment agency, which would specialise in helping the over-50s get back to work, but as soon as it was meant to open, lockdown hit.

She said: ‘I had menopausal anxiety, lockdown anxiety, and when we all got to the point where, if anyone leaves the house when they come back, you have to spray them head to toe in Zoflora, you’ve got to do something to make yourself laugh. 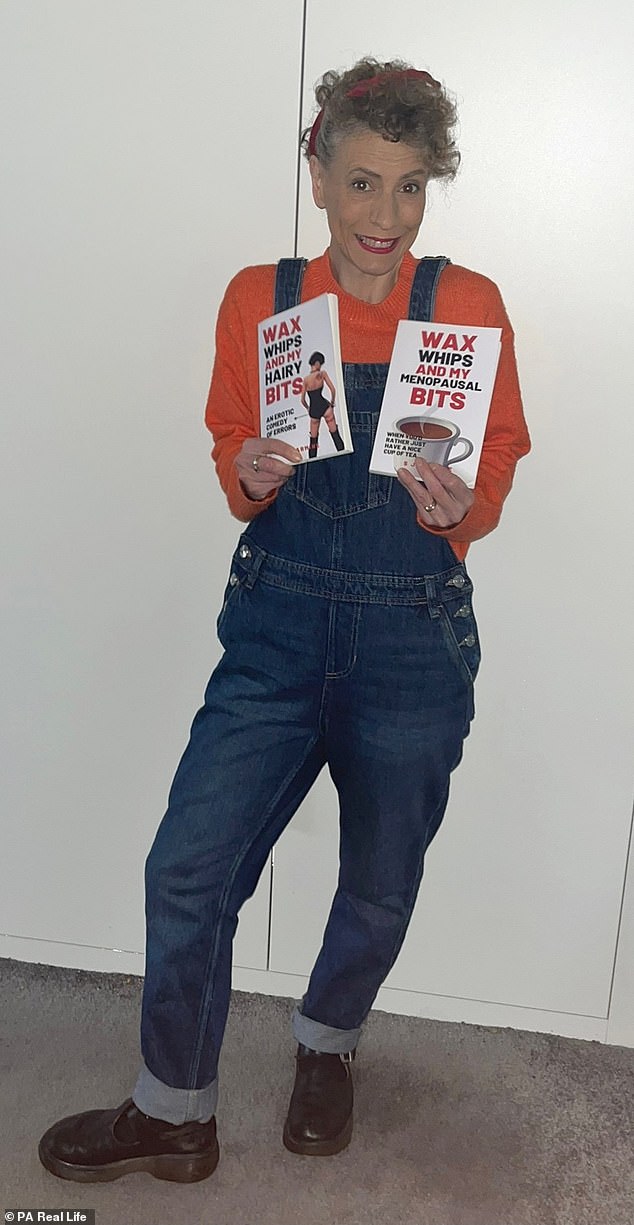 After reading a few lines of Fifty Shades Of Grey, Stephanie decided she wanted to create something relatable, realistic and funny for ‘the average woman’

‘I literally just read a couple of lines of Fifty Shades Of Grey, and I thought, no, women aren’t like that, let’s turn it on its head, and let’s write a funny book, with a body-positive, feisty heroine, and where the men maybe don’t come out of it too well.’

One of Stephanie’s favourite moments from her debut book is when her middle-aged character messages a man on a dating site. 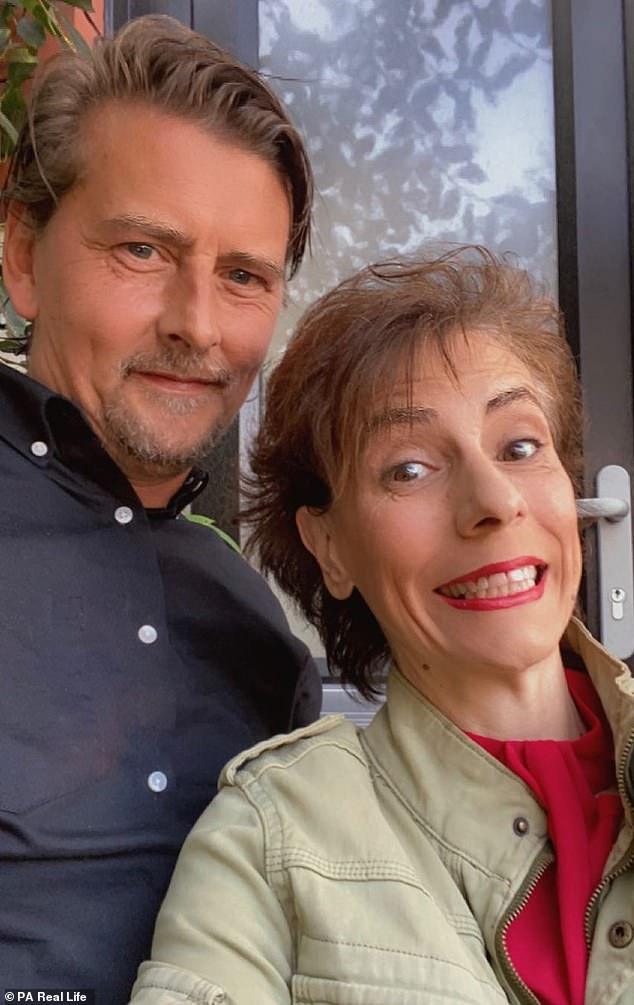 Stephanie said her husband of 28 years, Lindsay, who is 53 and an architect, thinks she is ‘completely and utterly bonkers’, but that he and their three sons ‘are proud. Proud and mortified in equal measure’

‘Then she looks it up and realises what it means, but she goes along with it. So to cut a long story short, at one point, he spanks her bottom with a whip, and she has the most hilarious reaction to it.’

Stephanie explained how she felt when her book sold more than 1,000 copies, saying: ‘I started writing Wax, Whips And My Hairy Bits. I did it to make myself, and potentially other women, laugh.

‘Being self-published, I thought maybe five people would read it, and then it actually started to do quite well.’

In May 2020, Stephanie was watching This Morning, which featured a segment encouraging women who have had a career change to phone in.

Stephanie rang in, and by the end of the day her book was the second best-selling on Amazon in the UK.

She laughed: ‘I never thought I would be sandwiched between the Hairy Bikers and Richard Osman, that’s for sure!

‘It shouldn’t have happened to me because I’m just a random menopausal northerner, and I’ve got no connection to the literary world, but my writing resonated with people.’

She explained what her three sons and her husband of 28 years, Lindsay, who is 53 and an architect, think of her steamy novels. 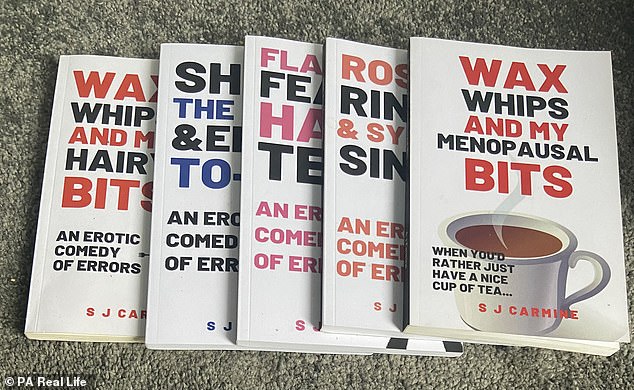 Stephanie explained ‘I started writing Wax, Whips And My Hairy Bits. I did it to make myself, and potentially other women, laugh’

‘They think I’m completely and utterly bonkers. But they are proud. Proud and mortified in equal measure I would say.’

Since then, Stephanie has published a sequel, saying: ‘I had messages from women asking what happens next, so I wrote five more books, but I thought, if I’m going through the menopause, so is my main character.’

One of her favourite moments from Wax, Whips And My Menopausal Bits is her character’s reaction to her date referring to the menopause as ‘the change’.

She said: ‘The character is sitting in a restaurant with the date and she has a hot flush.

‘And she says, ‘Oh gosh, I’m really, really hot’ and he misinterprets that as something more sexual and so she corrects him.

‘He then refers to it as the change, but she sets him straight, and says something like “What do you think I’m going to change into?”‘ 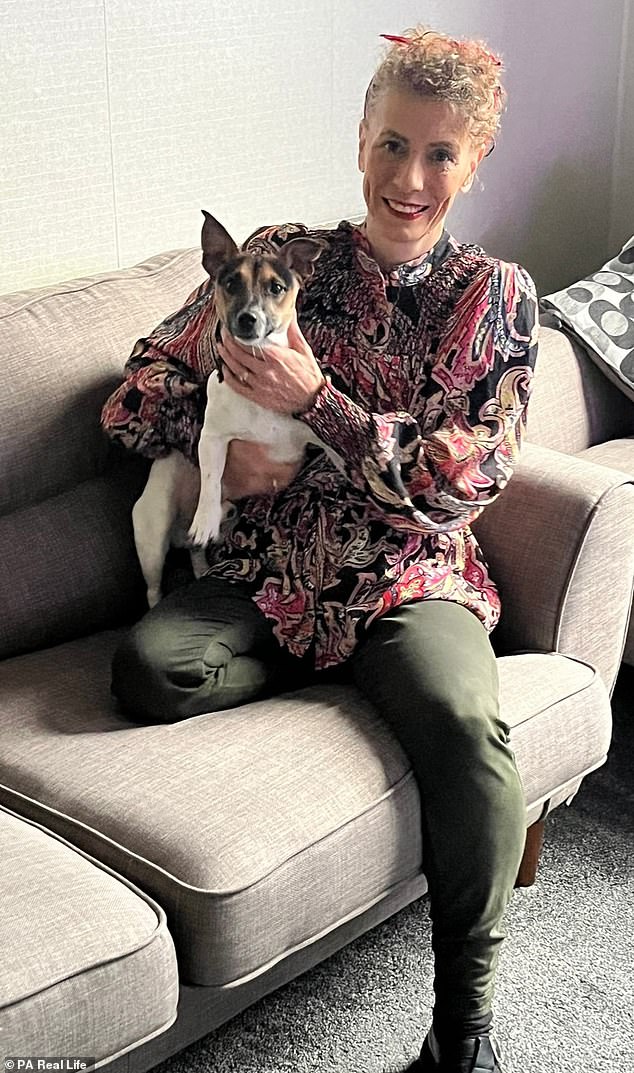 In May 2020, Stephanie was watching This Morning, which featured a segment encouraging women who have had a career change to phone in. She rang in, and by the end of the day her book was the second best-selling on Amazon in the UK

Stephanie has also branched out into stand-up comedy and makes TikTok videos, with one getting more than two million views.

Her most popular video is a comedy sketch about how when she grew up, in the 1970s, Lucozade was seen as the cure for any illness.

She said: ‘I post about nostalgia, the funny side of the menopause, and I do a bit of comedy on there.’

Stephanie hopes to reduce the stigma around the menopause, and has recently published a book of quotes from real women’s stories about their funniest menopause moments.

She said: ‘We see so much in the media about menopause. Don’t get me wrong, it’s brilliant that the menopause is out there, and we’re talking about it, but I think it tends to be quite negative.’ 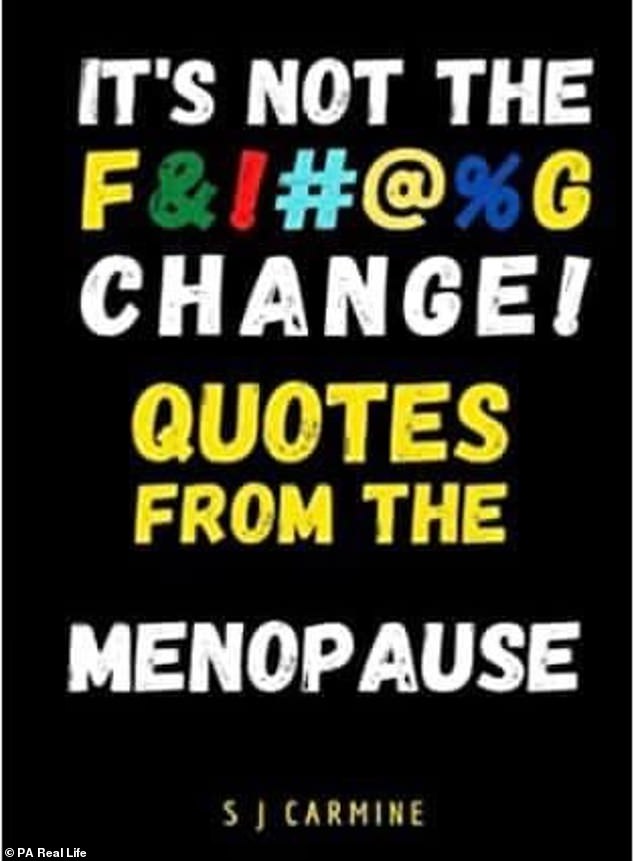 Stephanie hopes to reduce the stigma around the menopause, and has recently published a book of quotes from real women’s stories about their funniest menopause moments

She hopes the book will bring comfort to other menopausal women, reminding them that they are not alone.

She joked: ‘It helps me to know that when I put my phone in the microwave, that’s OK because somebody else has gone into the school playground and called their child by the dog’s name at the top of their voice.’

In September 2022, Stephanie was asked to perform a stand-up routine at Womanifest, a women’s festival in Cheshire, and she hopes to continue doing live comedy gigs around Blackpool throughout 2023.

She said: ‘I hadn’t performed on stage since 1988 in my local am-dram’s production of Grease.

‘I was absolutely terrified, but I loved making women laugh about the menopause.’

She said: ‘Never let anybody tell you you can’t do something, and you’re never too old. It doesn’t matter if you’re 25 or 85. If you have a dream, just go for it because you never know.’

READ MORE:  ‘It’s been nonstop hurly-burly!’: Vanessa Feltz, 60, says she’s been ‘far more frolicsome than any menopausal woman should be’ thanks to her toyboy fiancé Ben Ofoedu, 50

‘Effective for relief from hot flashes’: Women are raving about £28 herbal patches which claim to help manage symptoms of menopause

Stylist, 23, dubbed the ‘Aussie Rapunzel’ shares the one habit that has drastically improved her locks – and her other tips for growth and length