Home » Lifestyle » I read America’s most challenged books. The gay penguins did not corrupt me.

Banned Books Week is a curious thing to observe in the United States. After all, books are rarely banned in this nation devoted to freedom of expression. But certain titles are effectively disappeared when they're removed from public libraries and school shelves at the urging of offended individuals and frightened administrators. 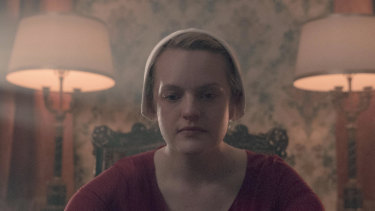 The Handmaid’s Tale is among the most contested books in America.Credit:Hulu

The American Library Association dutifully tracks hundreds of little acts of domestic suppression taking place all over the country, and each year it publishes a list: The Top 10 Most Challenged Books. Part lament and part celebration, the list is a call to arms for book lovers, but it's also an electrocardiogram of our nation's troubled heart.

In recent years, titles written for young LGBTQ+ people have dominated the list of most challenged books. That's a happy sign of a publishing industry responding to the needs of once ignored readers. But the fact that these insightful, helpful and encouraging books are meeting such resistance is a distressing sign of how the culture war has shifted.

Every September, I look over the new list and sigh, "How could anyone object to these great looking books?" This year, instead of just sighing, I read all the books. The experience introduced me to some great new titles and, by implication, the anxieties of too many censorial Americans. 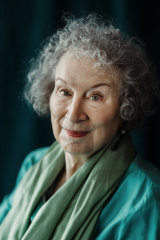 Atwood's classic novel about a woman resisting sexual slavery is the oldest book on this list and the only one written specifically for adults. It had long been a bestseller, but in 2017 the debut of Hulu's adaptation propelled the popularity of the novel to new heights. And the advent of Donald Trump, who has pledged to appoint anti-abortion justices to the Supreme Court, has transformed The Handmaid's Tale into a cultural rallying cry. No one would deny that the novel is disturbing or that it contains, as some objectors have noted, "vulgarity and sexual overtones," but those elements are depicted here for the express purpose of raising alarm about a greater obscenity. There's a wicked irony in trying to ban this feminist dystopia while Republicans are conniving to make it come true.

In this life-affirming story about a trans child, 10-year-old Melissa knows she's a girl but fears telling everyone who thinks of her as George, a boy. The plot revolves around a classroom production of E.B. White's Charlotte's Web. Melissa has her heart set on playing Charlotte, but the teacher thinks that's ridiculous. "Imagine how confused people would be," she says. So, we can handle a talking arachnid, but a boy playing a female spider? Pandemonium! Fortunately, Melissa has a savvy, sympathetic friend at school. And when Melissa's mother reacts badly to her declaration that she's a girl, the principal offers a good lesson for anyone who wants to ban this book: "You can't control who your children are, but you can certainly support them."

Kuklin lets six trans youths speak for themselves in long monologues with minimal commentary. Their stories are always frank, sometimes explicit. Kuklin's bright photographs add hope to these often harrowing testimonies. Cameron has cool parents and goes to a good school, but others are not so lucky. Most of these people endure vicious bullying. Others suffer from severe depression, institutionalisation and misdiagnosis. Mariah describes being sexually abused from the age of 6. In story after story, the participants say that a lack of basic information fuelled mockery, denial, even violence, which makes the effort to ban this illuminating book feel especially heartless.

A Day in the Life of Marlon Bundo by Jill Twiss, illustrated by EG Keller (2018). All ages.

This happy picture book for children doubles surprisingly well as a political parody for adults. Hop back to 2018 when Mike Pence's wife and daughter released Marlon Bundo's A Day in the Life of the Vice President a picture book about their family's pet bunny. To lambaste Pence's opposition to same-sex marriage, John Oliver, the host of Last Week Tonight announced this competing picture book in which Marlon Bundo falls in love with a boy bunny over the strenuous objections of a Stink Bug who sports the vice president's white coif. Despite the campaign to ban this fluffy parody, Pence's daughter, Charlotte, has supported Twiss's work on social media, noting that both their books support charitable causes. Why can't we all follow that gracious example?

Sex ed in my school began with Michelangelo's David and the Venus de Milo, which set up some peculiar expectations. This engaging graphic novel about the human body takes a different approach. The emphasis here is always on values: respect, trust, joy and justice. Colourful characters lead readers through a healthy discussion of privacy, body parts and crushes. Smyth's illustrations are vibrant and amusing – "sex" is a funny word! – and Silverberg's text is informed by a lighthearted candour that kids will appreciate. Pages on intersex people, masturbation and sex abuse are not explicit but will inspire discussion. Silverberg writes, "There is room in this world for people who are happy to talk about sex and for people who never want to talk about it." We should afford this useful book the same tolerance.

Once upon a time, most children learned the rules of heterosexual society in their first fairy tales: The prince must marry a princess. Prince & Knight runs a lance through that rule. In this picture book, "in a kingdom far from here," the king and queen are determined to find a worthy bride for their charming son. "The prince met many ladies (and he made them all swoon!), but it was soon clear that he was singing a different tune." While fighting a fire-breathing dragon, the prince falls in love with a handsome knight in shining armor. They live happily ever after, but unfortunately, the rhyming text dies long before the dragon. And while the authors are confronting heteronormative values, why not take down hereditary dictatorships, too?

I Am Jazz, by Jessica Herthel and Jazz Jennings, illustrated by Shelagh McNicholas (2014). Ages 4-8.

You may have seen the reality TV series running on TLC about Jazz Jennings, who realised very early that she "had a girl's brain in a boy's body." This sweet picture book is based on her childhood. The simple lines, along with McNicholas's airy illustrations, show Jazz dressing up in "high heels and princess gowns," while avoiding "tools or super heroes." Her parents take her to a doctor who recognises that Jazz is transgender. In addition to its gentle explanation of what transgender means, this book should alert parents to how needlessly over-gendered children's toys and activities are: Anybody should be allowed to play with trucks or study ballet. Or read this book.

This winsome graphic novel about putting on a play focuses on Callie, a theater kid brimming with excitement about designing sets and making props. One of Callie's friends is gay, and all the kids are sorting out crushes and friendships in classically 4th grade ways. A discussion of gender roles in the theatre takes readers back to practices in Shakespeare's day. Zounds! This is a story about working together, solving problems and forgiving each other, told by Telgemeier without a hint of preachiness. The only vaguely romantic activity is a kiss on stage. Illustrated with unflagging energy and boundless good humour, Drama practically jumps off the page. 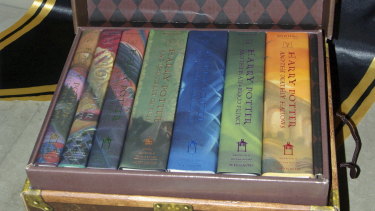 The Harry Potter series is among the most contested books.

Rowling's novels about a young wizard have transformed young adult literature, revived the publishing industry and made the author a gazillionaire. But now she enjoys the distinction of being the only author on this list actively targeted by activists on the right and the left. Despite Rowling's heavy reliance on classic tropes involving good and evil, some conservative Christians object to the presence of magic and discussions of witchcraft in her novels. Meanwhile, members of the LGBTQ+ community and their supporters have grown increasingly angry about Rowling's intolerant remarks about trans people. The stars of the Harry Potter movies have publicly disavowed her comments, and earlier this month, #RIPJKRowling trended on Twitter. But with 500 million copies sold, the Harry Potter novels are not likely to fall under an invisibility cloak anytime soon.

Nothing highlights the fragility of some adults quite like the campaign against this nonfiction picture book about two male penguins in New York's Central Park Zoo. Don't let their tuxedos fool you. According to complaints lodged at school and public libraries, these little guys have an agenda beyond just raising a chick on their own. But in fact, this adorable true story, with its perfect harmony of words and illustrations, will appeal to any child interested in the fascinating variety of nature. At the end, the authors write, "Like all the other penguins in the penguin house, and all the other animals in the zoo, and all the families in the big city around them, they went to sleep." Would that we could all let each other live and sleep in peace.