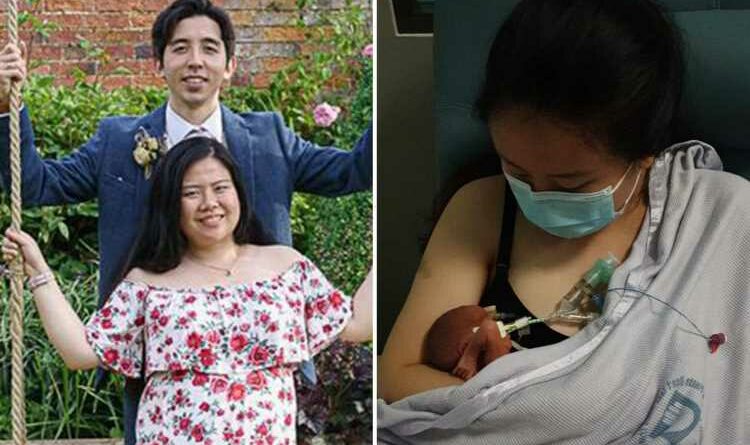 A NEW mum who refused the Covid vaccine has spoken of her regret after she and her baby's life were put at risk.

Claudi Li’s son was born via emergency C-section 16 weeks before his due date and is still in intensive care. 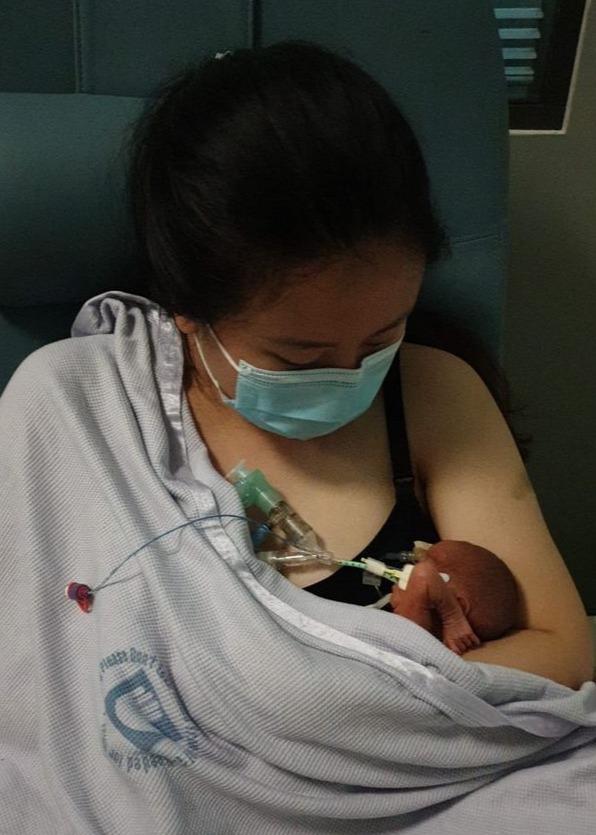 Docs had to get him out in order to save his mum’s life, after she became severely sick with the virus over a matter of days.

He weighed just 1lb 4oz against the typical 7lb 4oz of a baby born at full term.

Claudia, 30, from Birmingham, is now urging pregnant women to get their vaccine to avoid the same devastation.

Still breathless and poorly, Claudia told Birmingham Live from her son's cotside in hospital: “Please, take the vaccine. I didn’t.

“I did get offered a vaccine via letters and text messages but at the time I felt the vaccine could potentially do more harm than good to the baby.

“(I thought) how would the Government know the vaccine is safe? How could they ensure no long-term effects on the baby after it was born? So, at the time I felt the bad outweighed the good, so I didn't take the vaccine.

“But now, all I say to other pregnant women is "TAKE YOUR VACCINE!" Nothing can be worse than getting admitted to hospital and having to deliver your baby prematurely.

“Don't risk yours and your baby's life.”

Claudia and her husband, Scott, 29, a secondary school teacher, were excited to meet their baby boy in the autumn.

The pregnancy was going well until Claudia, a project engineer at Severn Trent Water, caught the coronavirus in her work office.

The Hong Kong native, who lives in Coventry, developed symptoms a few days after going into work on July 7.

She said: “My gut told me something was not right. I went on and did a lateral flow test on the Sunday morning of July 11, and it turned out positive. I then booked myself a PCR test the same afternoon to confirm.

“I kept on working up to July 13 but became too ill to work.

“'I was waiting to see how my symptoms would develop and how I would feel down the line but my symptoms got worse on Friday July 16.

"I booked a telephone appointment with my GP and got referred to have a face to face assessment.”

The GP gave Claudia a pulse oximeter, a small device that clips onto the finger and measures oxygen saturation levels. 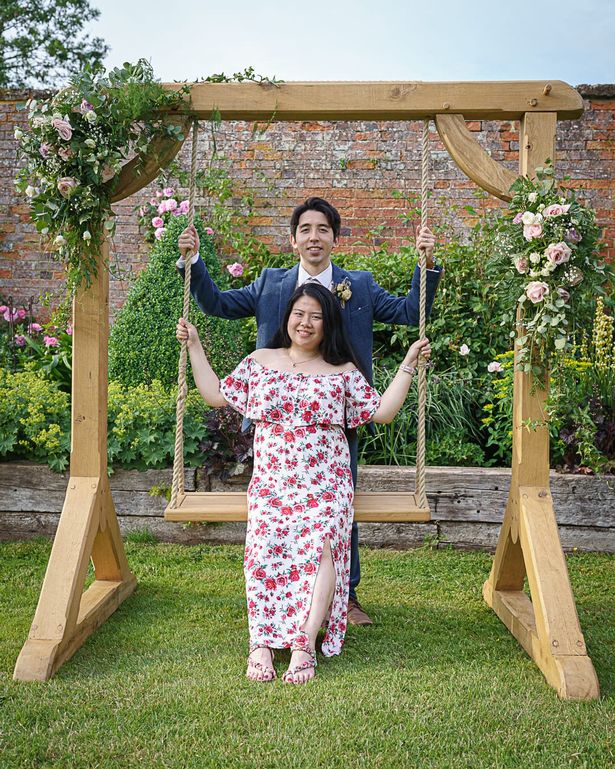 She was told to raise the alarm if the reading went below 92 per cent.

And hours later, she was in the ambulance on the way to Birmingham's City Hospital, where she was given oxygen through a mask.

Claudia said: “Because of Covid my husband wasn't allowed to come with me, I believe it was at that moment it all became so real, (I realised) I was very sick and wasn't able to get better myself.

“I wasn't feeling too bad at that point and I still had the ability and strength to message my husband and gave him updates.”

Claudia said her condition went downhill quicky and she was put onto a ventilator.

“What I remember is that the doctor told me they were considering carrying out a Caesarean Section to save me and they will do the best for the baby”, Claudia said.

Claudia’s son – who hasn’t yet been named – was born on July 20 and taken straight to the neonatal intensive care unit (NICU).

The new mum battled the virus and was discharged last week.

Her baby, however, has a long way to go.

Because he was born so early, his lungs have not developed. A ventilator is keeping him alive.

But Claudia is over the moon her tot is doing “good big poos” and has put on 7oz of weight.

At 1lb 110z, he still weighs less than a large bag of sugar.

Claudia has urged pregnant women to get a coronavirus jab to avoid the same fear she and her husband have faced.

It comes as stats show the majority of mums-to-be are too hesitant to get even their first dose.

Up to 41 per cent of pregnant women have not had their first dose yet, a poll carried out by campaign group Pregnant Then Screwed on more than 9,000 pregnant women suggests.

More than 52,000 pregnant women in England have had a first dose without any concerns being raised, and almost 21,000 have had both jabs.

But there are around 606,500 pregnant women in England right now, the BBC reports.

Of the 171 pregnant women admitted in three months in England, 98 per cent had not had a vaccine.

Around one in seven needed intensive care.

Dr Edward Morris, president of the Royal College of Obstetricians and Gynaecologists, said doctors were seeing severely unwell pregnant women with Covid in hospital every day, with most being unvaccinated.

He said: "One dose of Covid-19 vaccination gives good protection against infection, so the sooner you can book your first appointment the better.

"You can have your second dose eight weeks after your first, which will provide a good level of immunity against the Delta variant."

Dr Sarbjit Clare, deputy medical director and an acute medicine consultant for Sandwell and West Birmingham NHS Trust, said: "We understand women are nervous but it is absolutely vital they come forward for their vaccines.

"I currently have two women in the acute medical ward who are on oxygen and steroids, with Covid on their chests – they will recover but they are very unwell.

"In our intensive care unit we have three pregnant women with Covid-19 who are even more unwell. It is very worrying."