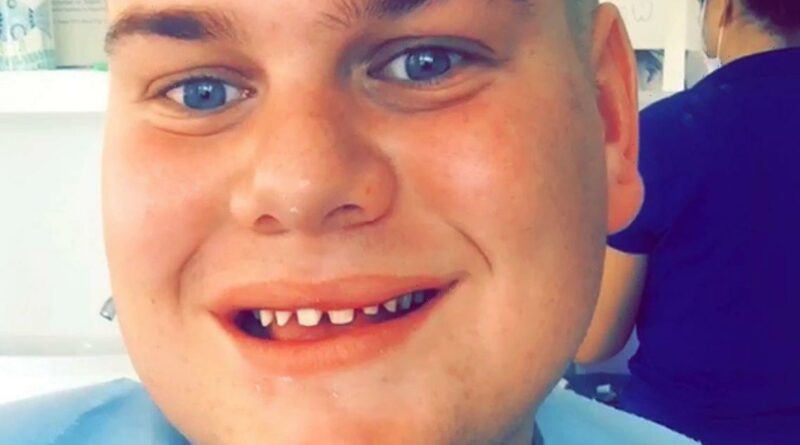 A man who spent over £25,000 on plastic surgery attempting to achieve the “perfect” look realised that it does not exist – and has now warned others of the dangers of social media.

Dale Saint Cullen, from County Durham, admitted he spent the last five years forking out money to become flawless but realised social media has “brainwashed him” as he was living a “false reality”.

Sucked into the toxic world of online ‘perfection’, Dale splashed the cash on several cosmetic surgery procedures where he even flew to different countries to fulfil his obsession of looking a certain way.

The 28-year-old spent thousands of pounds on plastic surgery including a chin implant and a nose job – which made him fall into a “vicious cycle” to constantly improve his look, reports Chronicle Live.

It has taken all this money invested into his vanity to make Dale realise that social media negatively affected his self-worth, he now wants to share his story to help others not make the same mistakes he did.

Dale explained: "On social media, I never noticed at the time, but I was looking at these people who looked perfect and I fell into this vicious cycle of chasing what was not the reality, it was completely fake.

"I was flying out to Poland and Turkey and showing surgeons filtered pictures on Instagram of how I wanted to look.

"It took me a while to realise that's not what they actually look like in real life.I've realised I will never really achieve what I’m looking for. You really must love yourself from within."

Trying to “fit into society” after seeing ‘perfect’ looking reality TV stars and influencers online, Dale was desperate to look the same where he quickly fell into a trap of getting work done – he worries young people on social media are at risk of doing the same. "I'm 28-years-old now and it seems like people on social media are getting younger and younger and I worry about the effect it has on them. When you see all these reality TV stars and influencers and they look perfect it can be really damaging to young people.

"And when people are encouraging followers to get surgery or telling people to buy these products or get the perfect Hollywood smile, it's just crazy.

"I was fine during school. It wasn't until social media came about, that's when I first started thinking about getting work done."

After only wanting to get surgery on his nose, Dale got a taste for the face-altering operations and quickly threw more money at getting other procedures done.

However, after scrolling through social media he felt the urge to get more work done as he continued to pick out ‘flaws’.

Dale realised he wanted a “better” chin, bigger teeth and lips – even a sharper appearing jaw.

He puts this down to cosmetic procedures being a “trend” on social media and felt like it was a never ending cycle that he just “couldn't keep up” with.

Although, Dale does not regret the amount of plastic surgery he has had – he has confessed he regrets the reasoning behind his actions.

Despite his warnings about the influence social media had on his self esteem, Dale is getting more cosmetic surgery done in June – but feels he is in a better mindset now and is doing it for the “right” reasons.

"I'm seeing a therapist to try and make sure I work on myself. The work I had done in the past, it wasn't for me. I did it under the pressures of social media. I'm in a much better place now and I make sure everything I do is for me. I spent so much time, money, and energy on chasing that perfect look, it's crazy.

"I really want to show other young people that chasing a look like that isn't possible and it can leave you feeling worse than you did beforehand. I would just say to people make sure you do your research first and make sure you're doing it for the right reasons.

"Compared to before, it's crazy how much I have changed. Though some days I wake up and feel more self-conscious now than I did before when I was completely natural."