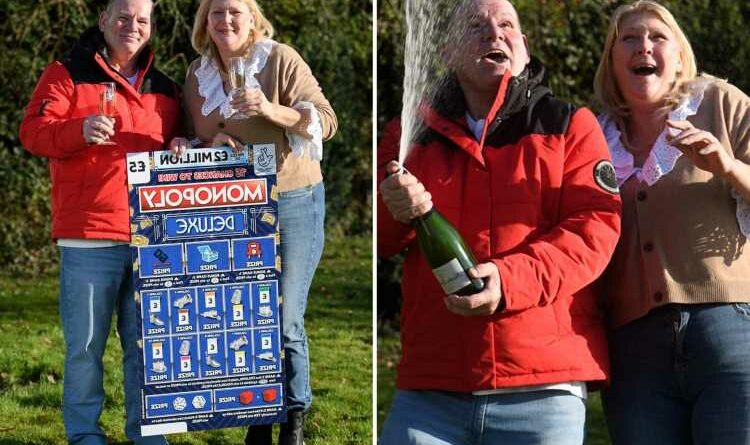 SUN reader Ian Black scooped £2million on a Lotto scratchcard he bought on a whim while getting his favourite paper.

Factory worker Ian Black, 61, nearly bypassed the store on his way home from a night shift because of roadworks. 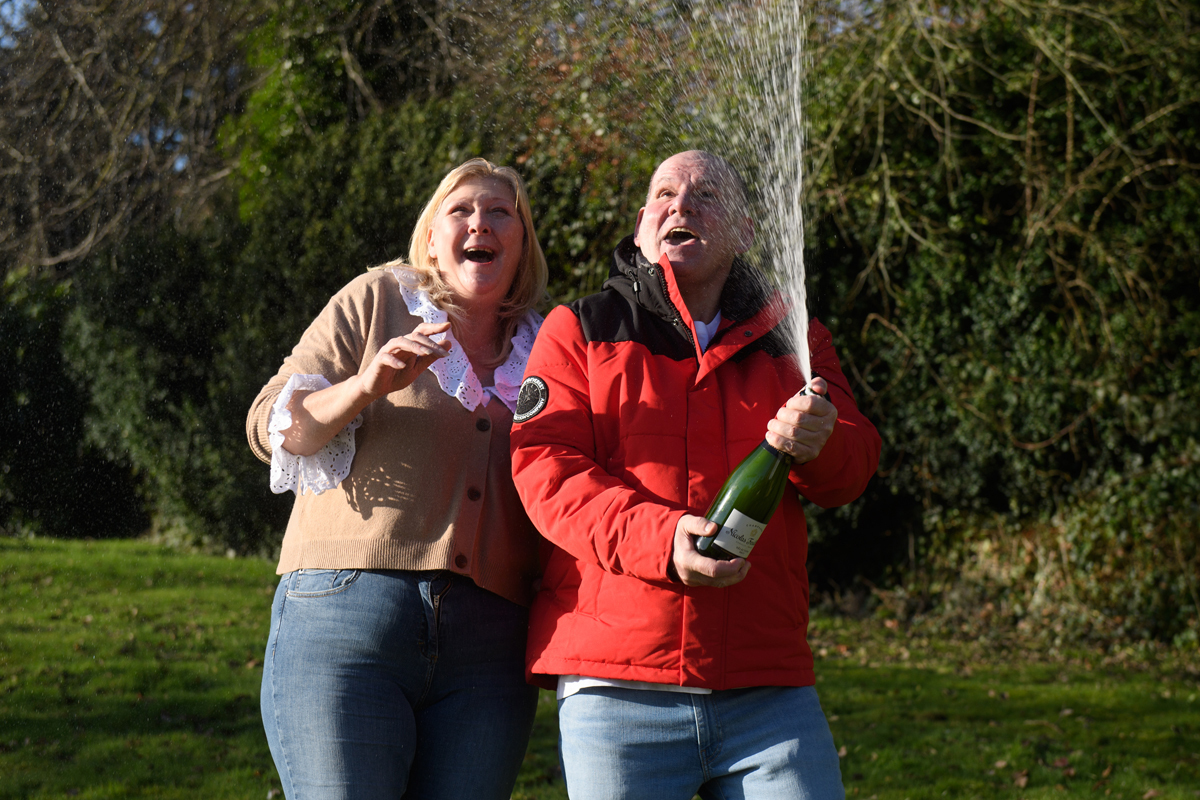 At the last moment he had a change of heart and pulled over to go and collect his copy of The Sun.

As he was buying his paper he spotted the Monopoly Deluxe Scratchcard and decided to buy one of the £5 cards.

He scratched it in his car and was stunned to see it was one of just five £2million jackpot winners.

The dad-of-five screamed in joy and raced home to tell wife Sandra, 55.

Ian, of Carlisle, Cumbria, said: “Something was just telling me to buy it.

“I went out of the shop and sat and scratched it – I could not believe what I was seeing.

“I let out a scream and immediately drove home. As I went into the house I was shouting to Sandra to come down the stairs.

“She immediately thought something had happened to the dog. I said: ‘No, we have won £2million.’

“She thought it was all a joke – but then she looked at the card and almost fainted. Sandra just went white.

“To think I almost didn’t go into the shop on that morning because of the roadworks. I really was so close to just driving past.”

The couple are yet to draw up their full shopping list but top of it will be to pay for an operation for their rescue dog Meg, a Labrador Staffie cross.

They also want to buy a plot of land in the countryside and build their dream home – complete with a man cave for Ian.

They will also help their five children get on the property ladder as all of them – and the ten grandchildren – currently live in rented accommodation.

Ian immediately handed in his notice at the Pirelli Tyres factory in Carlisle and he and Sandra, a retired care worker, are now looking forward to living the dream retirement.

He added: “I don’t think I have even seen that many zeros. I kept questioning: ‘Is this really £2millon?’

“I immediately phoned work and said to them I wouldn’t be in that day adding, actually, I don’t think I will be in this week, or actually ever again.

“My boss, understandably, sounded really shocked and said: ‘Why, what on earth has happened?’

“That feeling when I could say: ‘I have won the National Lottery’ is a moment I will never forget.

“Never did I believe I would ever get to say this. You always dream about it but it just doesn’t happen to people like Sandra and I – well now we are proof it does.”

The Carlisle United football supporter and keen rugby fan now can’t wait to watch England at Twickenham and a new Volvo for Sandra and a 75-inch television will also be among their first purchases.

Ian, who bought the winning card at the Spar Euro Garage, in Carlisle, said: “It is all just so overwhelming and I actually think the news is still sinking in.

“Sandra and I now cannot wait to really live the dream and make the absolute most of our retirement. What a magical moment this is in our lives.” 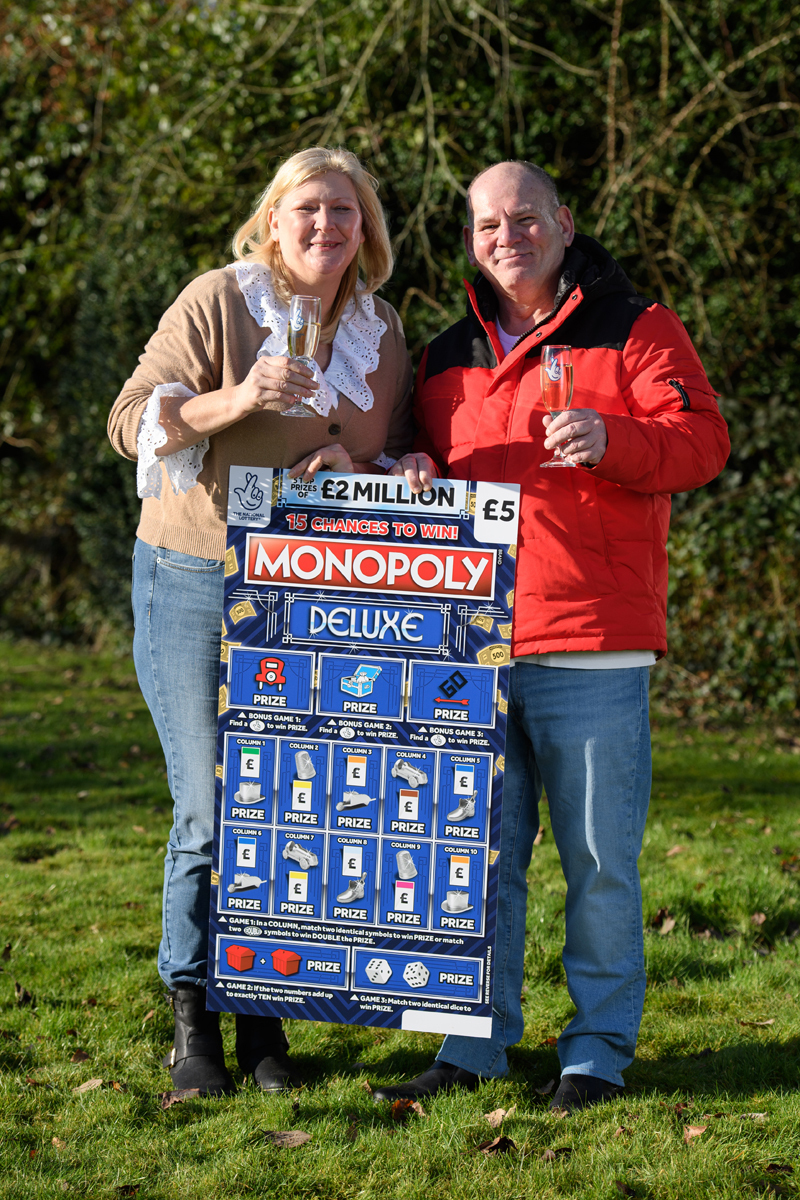 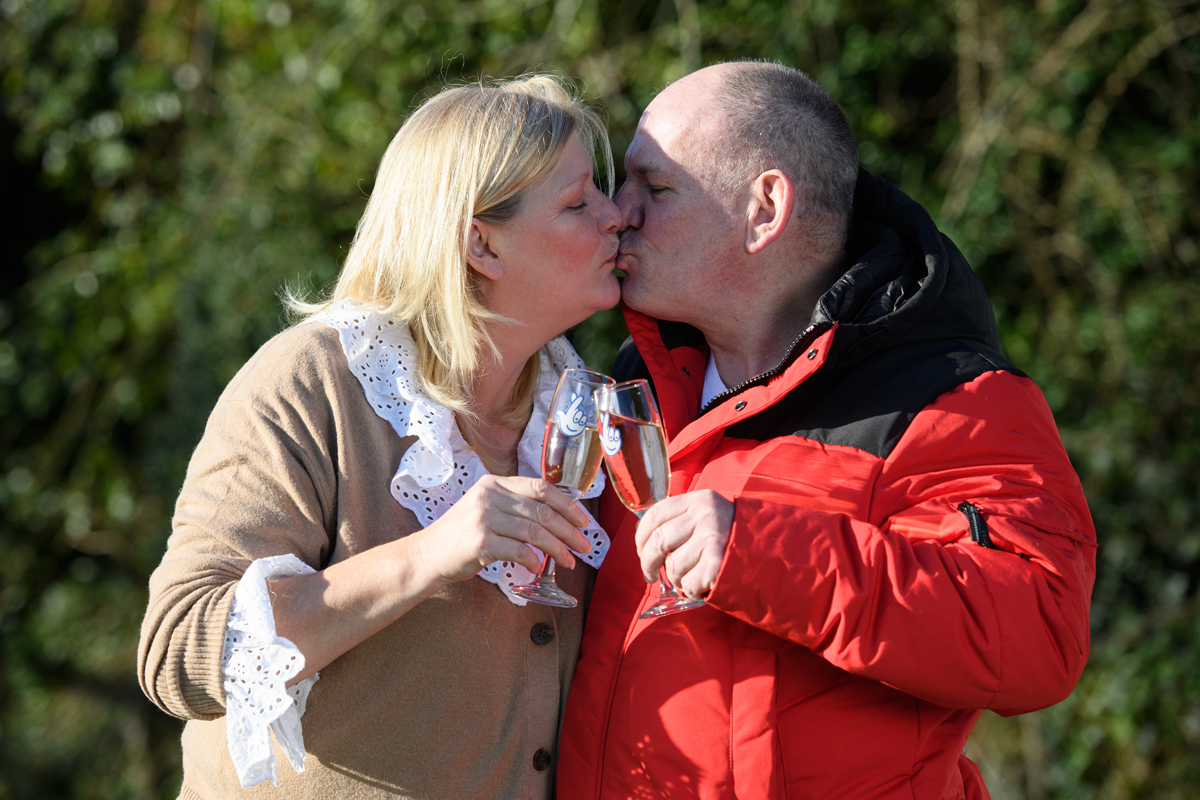 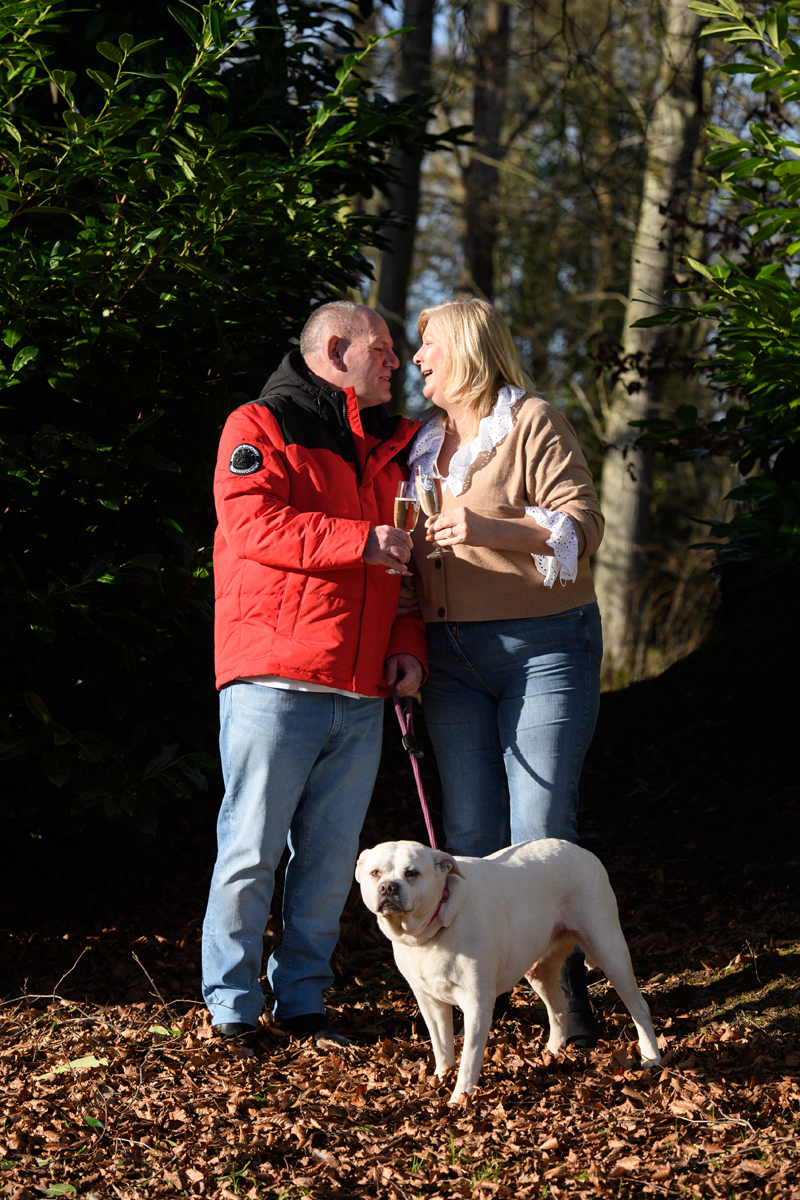