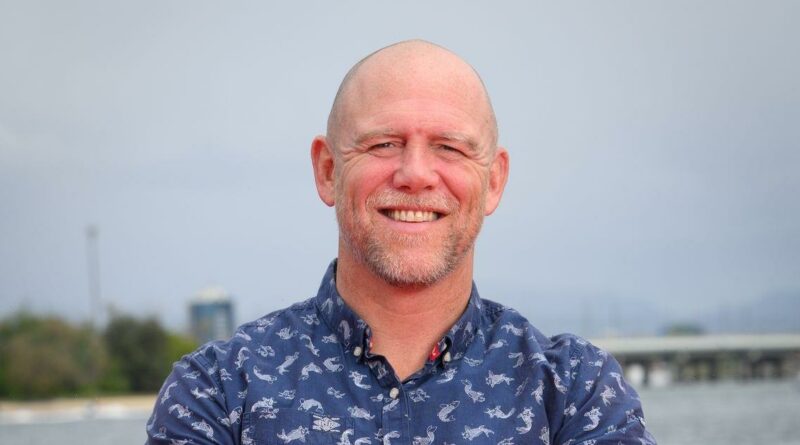 Current I'm A Celeb star and former rugby player Mike Tindall has often been known for perfectly pulling off a bald head. But he surprised fans as he shared a throwback photo where he had a full head of hair.

Mike—husband of Zara Tindall, daughter of Princess Anne—hosts a podcast called The Good The Bad The Rugby with James Haskell and Alex Payne, but the topic of conversation in the latest episode was far from sport.

The boys thought it would be funny to share rare photos of them from their younger days, and fans couldn't get over how different Mike looked in his Bath Rugby shirt.

What seemed to garner the most attention is the amount of hair he used to have. "I assumed he was born bald and stayed that way," one fan joked.

Having been with Zara for 14 years now—and arguably as in love as ever—another fan suggested the picture encapsulates the man she fell in love with.,

"This is what first snared Zara. No doubt."

The couple tied the knot in 2011 and have since welcomed three children together. The most recent was born on the bathroom floor of their Gatcombe Park home.

Despite being the Queen's granddaughter, Zara was not given a royal title by her mother Princess Anne.

On 21 December 2010, Buckingham Palace announced the engagement of Tindall to Zara Phillips, the daughter of Anne, Princess Royal, and her first husband Captain Mark Phillips.

Phillips is the eldest granddaughter of Queen Elizabeth II and Prince Philip, Duke of Edinburgh. The couple first met during the 2003 Rugby World Cup in Australia.

As was required at the time by the Royal Marriages Act 1772, the Queen gave her consent to their marriage in a meeting of the Privy Council on 10 May 2011.

The wedding took place on 30 July 2011 at Canongate Kirk in Edinburgh with 400 guests in attendance, including the royal family.

It is said that Zara will fly to Australia for a reunion with Mike when he gets out of the jungle.