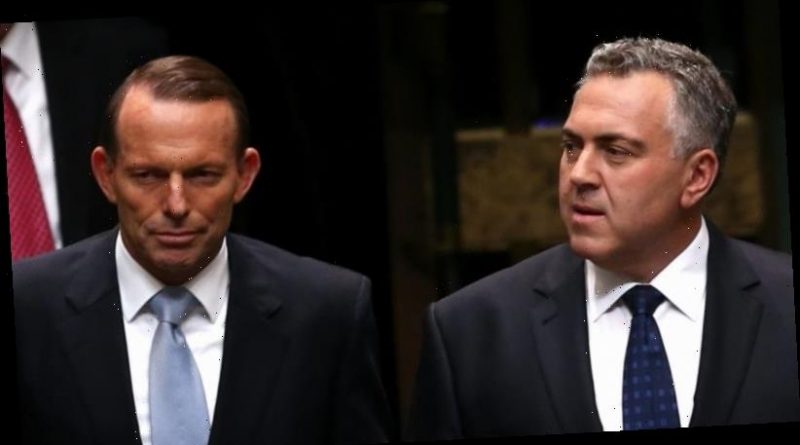 Amid predictions the budget deficit facing the Morrison government could be up to $50 billion less than feared, the IMF has also suggested taxes on “excess” profits such as the abandoned mining resource rent tax. 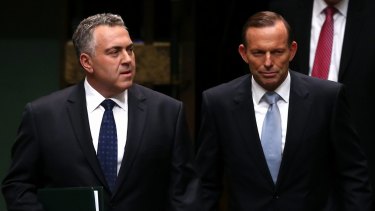 Under Treasurer Joe Hockey, the Abbott government in 2014 introduced a budget repair levy on high-income earners to help bring down the deficit.Credit:Alex Ellinghausen

Governments around the world have all been forced to run huge deficits to deal with last year’s COVID-19 outbreak, with collective deficits approaching 13 per cent of global GDP. Australia’s deficit, forecast to reach $197.9 billion this financial year, is close to 10 per cent of national GDP.

The IMF, in its fiscal monitor report ahead of this week’s world economic outlook, said while governments had been forced to run large deficits, there had also been an increase in income and wealth inequality because of the coronavirus outbreak.

It said governments faced difficult decisions on how to cover their large deficits while also not exacerbating inequality.

Among budget repair options, the IMF said those nations with “robust tax systems” could look to increase top personal income tax rates, similar to the budget repair levy put in place by the Abbott government in 2014.

The IMF said another option was to tax so-called “economic rents” or super-profits, targeting those sectors that had done well during the coronavirus.

“Taxes on ‘excess’ profits, either in addition to or instead of the regular corporate income tax, can assure a contribution from businesses that prosper during the crisis (such as some pharmaceutical and highly digitalised businesses) and not affect companies (and their workers) otherwise earning minimal profits or incurring losses,” it said.

The fund warned trying to repair budgets by cutting expenditure on services or support to those left behind by growing inequality could lead to substantial political problems. 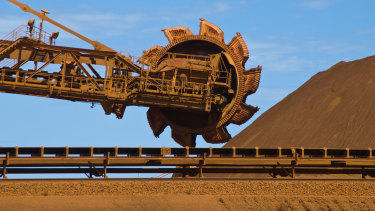 “Governments need to provide everyone with a fair shot — enabling all individuals to reach their potential — and to strengthen vulnerable households’ resilience, preserving social stability and, in turn, macroeconomic stability,” it said.

”The risk is high that trust in government could deteriorate after COVID-19, especially if a government’s response to the epidemic — including support to people and firms, as well as vaccination — is perceived to be inadequate or marred by favouritism or corruption.”

The Morrison government has pledged not to increase taxes, as the Abbott government pledged ahead of the 2013 election.

Deutsche Bank economist Phil Odonaghoe said it was not inconceivable the deficit could be half of what had been predicted in the mid-year update.

He cautioned everything would have to go right for that to occur, which would result in a deficit of about $100 billion. Even that would still be a record budget shortfall.

Mr Odonaghoe said a deficit of about $150 billion was more likely, which would set up the budget for future years.

“The better starting point in 2020-21 also means smaller deficits across the forward projection period. On our revised profile, the federal budget could conceivably return to balance by 2025-26,” he said.

ANZ economists Hayden Dimes and David Plank said the deficit would be as low as $155 billion because of the better expected economic conditions facing the government.

But they cautioned some of this improvement was due to GST receipts. Due to the way the GST is refunded to the states and territories, the better revenue this financial year could end up a shortfall in 2021-22.

“GST currently makes up a little over 25 per cent of the improvement in the deficit since the mid-year update. If that continues to hold and the deficit keeps improving, it will potentially have a meaningful negative impact on next year’s underlying cash balance,” they said.