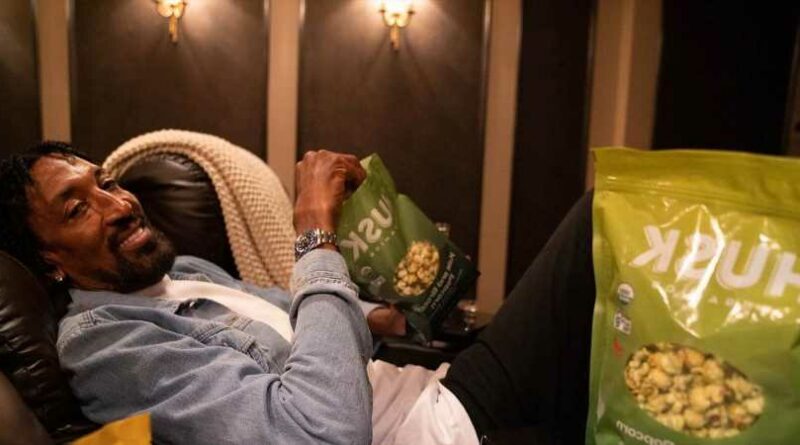 According to Research Dive, the organic food market was a $160 million industry in 2019 and projected to generate a revenue of more than $400 million by 2027. Celebrities have been known to lend their face and brand for a variety of endorsements, they’ve started businesses that range from clothing lines to beauty lines and now, they’re taking a big bite out of the organic food industry.

The draw to organic foods comes with our desire to eat meals minus preservatives and chemicals. It’s changing the farming industry in fruits, vegetables and animals, as more people are interested in knowing where their food comes from and how it was produced.

Take a look at celebrities that have invested in their own company or an established company that prides themselves on organic qualities.

11  Jennifer Garner: Once Upon A Farm

The 13 Going on 30 actress co-founded Once Upon a Farm, offering kids’ food pouches using only organic fruits and vegetables. Garner grew up on a West Virginia farm and had a desire to bring fresh, healthy food options to her children and others.

Gellar knew the enjoyment she received baking with her children and wanted to help other parents make those connections with their own. The Buffy the Vampire Slayer star founded Food Stirs, selling organic baking mixes and dessert themes like Rainbow Cake Pops and Movie Night Cupcakes according to Taste of Home.

The Blue Bloods and The Sopranos actor was known among friends for his homemade arrabbiata sauce, in which he gives his Italian mother credit. Prompted to start his family-run business, the company offers organic, gluten-free and certified paleo sauces. Jars sold on the shelves at stores like Walmart and others list the ingredients on the front of the label, boasting organic Italian tomatoes, organic onions, organic garlic and so on.

RELATED: Jay-Z Investing In “The Most Advanced (Vegan) Chicken Nugget On The Planet”

According to Live Kindly, the NBA star launched a vegan, organic and gluten-free popcorn brand in July of 2021 with his business partner R.C. Mills. The Husk brand includes several flavors including cayenne and ginger, matcha and coconut water and kale and broccoli.

The “Irreplaceable” songstress invested in the pressed juice company in 2016. WTRMLN uses discarded watermelons that farmers don’t use due to blemishes to make their products. Beyonce isn’t alone; other celebrity investors include NBA athlete Chris Paul and Kevin Durant.

Another organic, pressed juice brand has received a long list of celebrity backers. According to USA Today, the Modern Family star joins Leonardo DiCaprio and Jared Leto among others. Suja uses high pressure processing, extending the shelf life of their products without using preservatives to do the trick.

The e-commerce company sells organic food products and delivers them to your door. Along with Legend, others have invested in the membership-only grocery store, including Will Smith, Tony Robbins and health guru Jillian Michaels. Not only do they offer organic foods, but the company also sells organic and natural beauty products, cleaning products and an assortment of organic wine.

Good Catch offers plant-based fish and sea food including tuna and crabcakes. Recently, celebrities like the Divergent star, Woody Harrelson and Paris Hilton have invested in the company. According to New Hope Network, Good Catch uses legumes, peas, chickpeas, fava beans and algae oil to create seafood-like texture and the stars are loving it.

She’s known for organic and natural products through her Goop brand, but Paltrow isn’t against investing in a company that operates in her zone. Daily Harvest serves up single-serving organic smoothies. Serena Williams is also an investor. In addition to smoothies, the company offers harvest bowls, harvest bakes, flatbreads and soups – all including organic fresh veggies from roasted eggplant to cremini and asparagus.

The entrepreneur and star of Three and a Half Men invested in GrubMarket, an online delivery service that ships organic and locally sourced food to a handful of states across the U.S. with plans to expand soon. They use food hubs like Boston Organics and Eat with the Seasons to bring fresh to your door all year long.

The plant-based food company made it big when they convinced billionaire Gates to invest in their protein alternative products. They are currently in the meat section of more than 10,000 retailers in the U.S., offering burgers, sausage, meatballs, chicken and jerky, minus the GMO’s, cholesterol, antibiotics or hormones.

READ NEXT: 4 Celebs Who Made Big Money Investing