He also killed his own mother, whom he blamed for his virginity.

Six people have been killed in a rare mass shooting in the United Kingdom.

According to police, 22-year-old Jake Davison killed his mother before walking into a park with a pump-action shotgun and gunning down four innocent bystanders, before taking his own life.

The victims include a three-year-old girl named Sophie, her adopted father Lee Martyn, 43, a 59-year-old man and a 66-year-old woman. 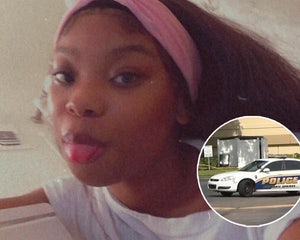 Another 33-year-old man and 53-year-old woman were also shot, but survived.

Davison, an apprentice crane operator from Plymouth, had social media accounts across YouTube, Reddit and Facebook, in which he described himself as in incel — involuntary celibate — venting his frustration at not being able to attract women, and even blaming his mother on his ongoing virginity.

The social media platforms have begun taking down his accounts for violation of policy; according to The Telegraph, his final video posted on his YouTube channel on July 28 featured an 11-minute rant about how his life had hit a dead end.

“I’m beaten down and defeated by f–king life, that drive I once had, that’s gone,” he said.

“For the most part, it’s just been me against the world, it’s just been me fighting an uphill battle with a big f–king rock on my back, while I’m seeing motherf–kers that don’t deserve half of anything, they’re getting a free road to the top.”

Bemoaning how other men have wives and children, he asked: “Does an incel, a virgin get that? No.”

“I’m socially isolated have no social circle and don’t know any girls. Been in male dominated environments most my life. Last girl I spoke to was when I was 18 years old unless you count cashiers and supermarkets.”

Davison, who frequently posted videos of himself lifting weights, said he had been finally feeling positive about life and intended to finally move out and go traveling, until an ankle injury set him back.

“I always keep trying but it’s like I’m at the point now where it’s like, why do I even bother? For what?” he whined. “I’m still in the same house, same situation, same position, still everything’s the same.”

He insisted he was not looking for a “pity party”, but added the only way his life could be any worse was if he had suffered sexual abuse.

He concluded the video by comparing himself to the Terminator.

“The whole premise of the Terminator movies is that you know everything is rigged against you, there’s no hope for humanity, you know, we’re on the brink of extinction, these machines are unstoppable killing machines that can’t be beaten, can’t be outsmarted, but yet humanity still tries to fight to the end,” he said.

“I know it’s a movie, but, you know, I like to think sometimes I’m a Terminator or something and despite reaching almost total system failure, he keeps trying to accomplish his mission.”

In other videos, he slammed women as “very simple-minded” who only show interest in attractive men.

“Why do you think sexual assaults and all these things keep rising? The reality is that women don’t need men no more and they certainly don’t want and don’t need average men and below average, you have to go abroad to find a woman.”

In his Facebook profile, he claimed to be originally from Phoenix, Arizona. Among his dozens of YouTube subscriptions were several channels on guns.

According to The Telegraph, Davison once enjoyed a close relationship with his mother, but became increasingly at odds over his misogynistic views and hatred against women.

Sources close to the family told the publication he suffered from mental health problems — and had even beaten up his father a few months ago — leading to questions as to how he was able to obtain a firearms license.

One witness neighbor told the outlet the gunman passed him having just left the home where shot his mother, telling him: “Nothing to worry about mate,” as he made his way to the park to continue his six-minute killing spree.

According to Reuters, it is the worst mass killing of its kind in the UK since June of 2010, when a taxi-driver killed 12 people then shot himself in a rampage in Cumbria. 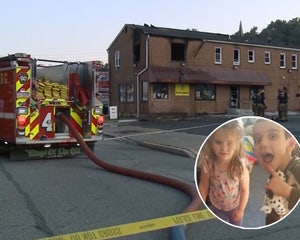