Home » Lifestyle » Incredibles 2 Review Roundup: Is The Sequel Worth the Wait? 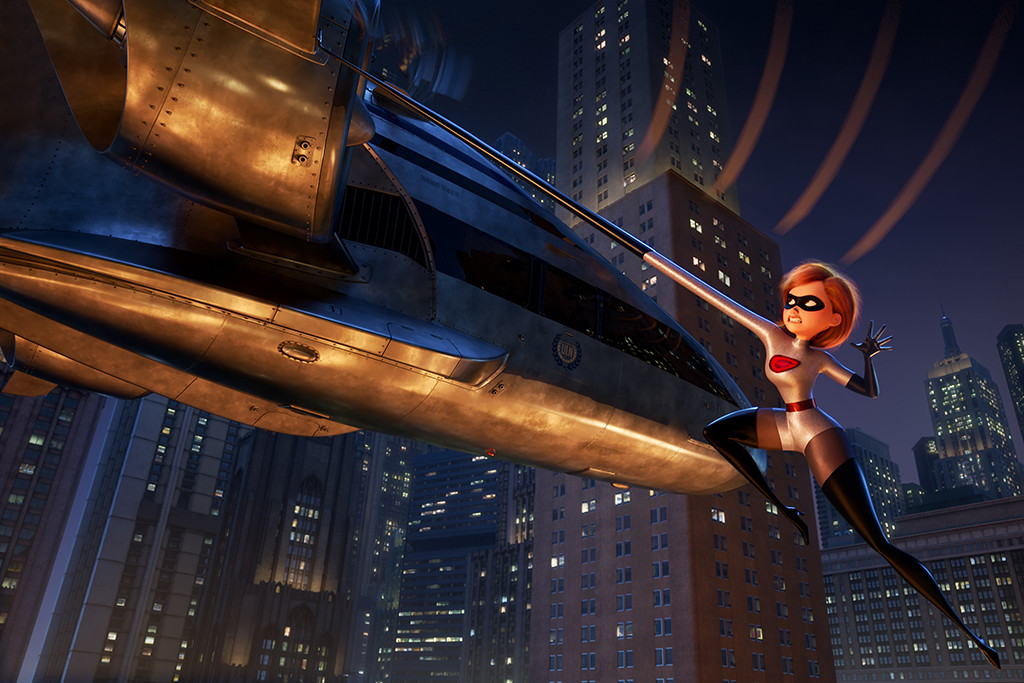 The sequel to the hit 2004 animated film, The Incredibles, is finally here—but was it worth the 14-year wait?!

According to critics, yes, Incredibles 2 was well worth the wait. Written and directed by Brad Bird, the family-friendly film picks up not long after the ending of the first film, but this time around it’s more future-focused and female-driven than ever before.

In the sequel, Elastigirl/Helen Parr (Holly Hunter) is the main superhero, while Mr. Incredible/Bob Parr (Craig T. Nelson) stays at home to take care of their kids, Violet (Sarah Vowell), Dash (Huckleberry Milner) and baby Jack-Jack (Eli Fucile). The Parrs are still illegal but when the siblings behind a telecommunications empire, brother Winston Deavor (Bob Odenkirk) and his tech-genius sister Evelyn Deavor (Catherine Keener), approach the family with plans to bring the Supers back, Helen sets out as the model hero.  But their mission is derailed when a villain hatches a dangerous plot to destroy everything.

The animated flick features some new faces, such as a villain named the Underminer (John Ratzenberger), as well as the return of fan-favorites, such as fashion guru Edna Mode (Bird) and Frozone/Lucius Best (Samuel L. Jackson). Sophia Bush also joins the cast as Voyd, an Elastigirl fan who can create dimension holes to make objects vanish and reappear.

Here’s what the critics are saying about Incredibles 2: 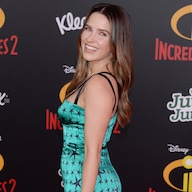 “The good news is that this continuation is a similarly rousing and savvy adventure that energetically serves up more of what we love—from the sleek retro-futurist designs to the ticklishly severe Eurasian super-clothier Edna Mode — and yet wisely, wittily, reverses the first film’s accommodating traditionalism to make for an even richer, funnier portrait of its tight and in-tights family,” The Wrap‘s Robert Abele writes. “Bird has enriched the genre beyond the usual hurrah/comic brio with piquant commentary on fan-cultism, our screen-dependent lives, and gender-role biases.” 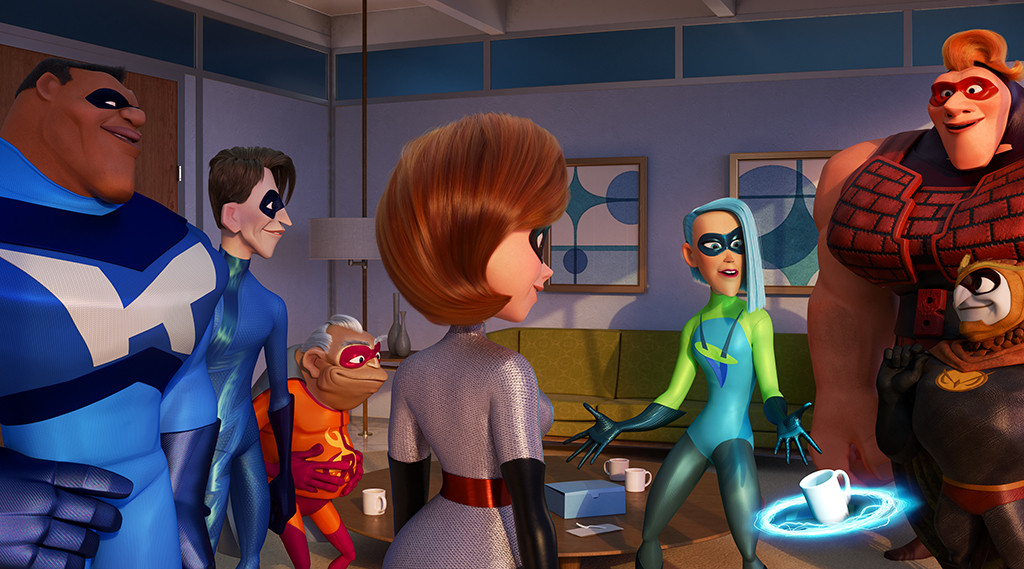 “This follow-up is every bit the start-to-finish sensation as the original, and you’ll be happy to know that Bird’s subversive spirit is alive and thriving. The kiddies probably won’t notice—they’ll be too distracted by all the whooshing derring-do—but like its Oscar-winning predecessor, The Incredibles 2 doesn’t ring cartoonish. It rings true,” Rolling Stone‘s Peter Travers writes. “The Incredibles 2 is more than peak summer entertainment. It’s an exhilarating gift.”

“Though it would be unrealistic to expect Incredibles 2 to have quite the genre-busting surprise of the original, it is as good as it can be without that shock of the new — delivering comedy, adventure and all too human moments with a generous hand,” The Los Angeles Times‘ Kenneth Turan writes. “Incredibles 2 takes advantage of the advances in computer animation since the first film came out, and the family’s adventures look snappier and super-exciting, but it is the echoes of the original (including a dynamic new score by the returning Michael Giacchino) that hook us.” 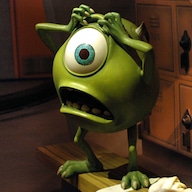 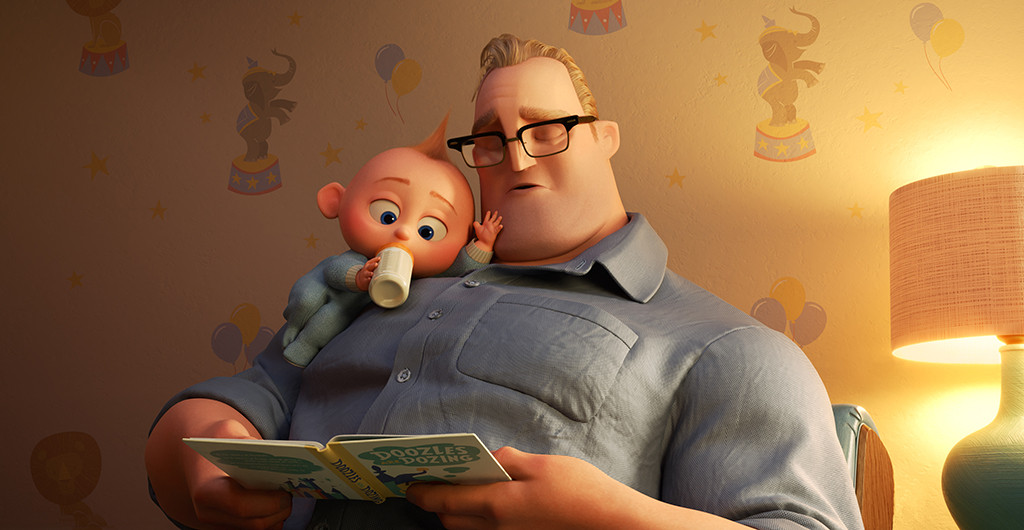 “On top of all this is the pronounced female slant (something obviously planned many years ago but utterly in step with modern currents): The story shines the spotlight on Elastigirl, with adolescent daughter Violet beginning to spread her wings,” writes The Hollywood Reporter‘s Todd McCarthy. “This sex reversal where physical achievement and societal role acceptance are concerned is the central dramatic conceit and sociological preoccupation of Incredibles 2, which will make it as popular with women of all ages as it will be for kids.”

“Just what is Brad Bird up to with Incredibles 2? Having fun, no doubt. The writer-director’s sequel to his 2004 classic is an eyepopping delight,” Entertainment Weekly‘s Darren Franich writes. “If the original Incredibles was cheerfully vintage in its worldbuilding, this sequel is a midcentury-modern fever dream.”

Harnessing the same heart and humor that marked 2004’s original Incredibles, writer/director Brad Bird’s Incredibles 2 brings back the whole do-gooding family for an adventure that’s bigger and bolder, if not better, than its first outing,” USA Today‘s Brian Truitt writes. “Pixar doesn’t have the greatest track record when it comes to sequels, but this follow-up surpasses most everything without Toy Story in the title.”