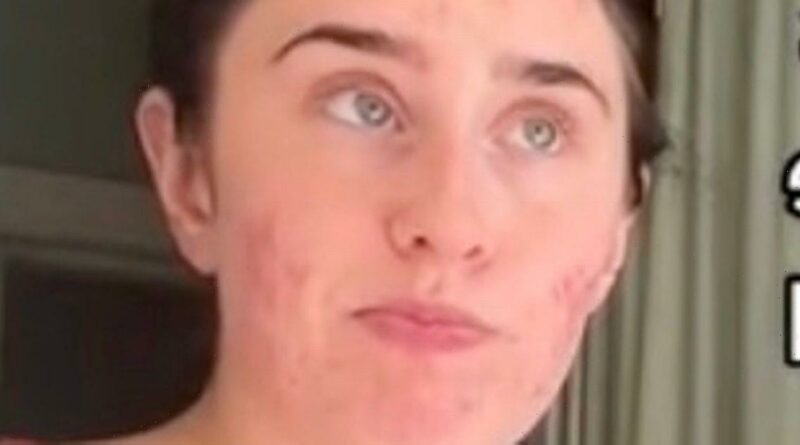 The self-love enthusiast, also known as Bunny, is never short of inspiring her 1.3 million TikTok followers with her body acceptance clips.

Emily often posts videos of herself in bikinis so she can flaunt off her natural beauty in all it’s glory.

She previously defeated trolls who said she can’t wait for the two piece swimwear because she is not a ‘skinny girl’.

However, this time round, Emily has decided to broaden her mission for spreading positivity and beating negative views of women’s bodies by blasting children’s cartoons.

Whereas, some of the female villains are larger in shape as she branded them “evil” and “ugly”.

She believes children would make these negative associations to “fat” people, and relate the “thinness” and “beauty” with the smaller sized princesses.

Spotting Alex’s viral Instagram post, Emily shared it in a clip and shared her thoughts on the comparison.

Emily slammed: “No because young girls have ALWAYS been taught to fear fatness and bigger bodies.

"It has been ingrained in our heads since CHILDHOOD. The media completely failed us.

“This is just an example of ALL the subliminal messages regarding body image. Yes there are skinny villains but there’s a bigger picture here.”

Shocked at the apparent relationship between negative body image and Disney characters, many people fled to the comments to share their thoughts.

One person commented: “I honestly didn't even put that together until now, thanks for making us aware. that is just so sad.”

Another user said: “This is exactly why I watched DreamWorks movies more because that’s where I met princess Fiona.”

Whilst a third noted: “Society has failed us, now idols are failing the kids of today.”

Someone else shared: “Same with noses, really affected me growing up.”

But not everyone thought that larger bodied Disney villains are at fault for poor body image in women nowadays.

This user penned: “When I was a kid I didn’t pay attention to that.”

A second expressed: “Is not all the villains though y’all overreacting.”

As another declared: “I don’t think any little kids realise that or care.”

Let us know in the comments what you think about villains being associated with being 'fat'!