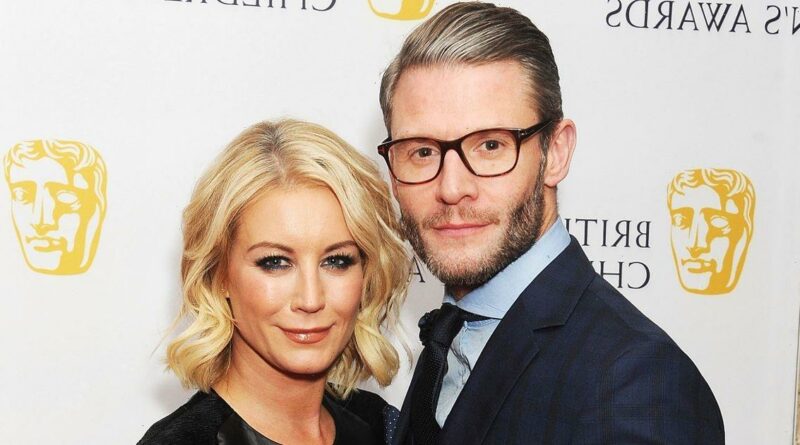 Denise Van Outen's ex-boyfriend Eddie Boxshall has appeared to hit back again at the presenter following her incredibly personal and poignant comments about their split on BBC Radio 2 this week.

The former Big Breakfast host broke her silence on the painful break-up with her partner of seven years, she said she was determined to have "self-respect" in her next relationship, and was looking forward to the future.

Denise, 47, who is mum to daughter Betsy, 11, with her ex-husband Lee Mead, also declared she doesn't like to be "taken advantage of" and knows when to "walk away".

Taking to his Instagram page, Eddie shared a seemingly pointed message as he zoomed in on a neon sign that said: "Let that s**t go."

Eddie uploaded the picture alongside a series of snaps taken on a night out at a London restaurant with friends.

The post comes in the wake of Denise speaking candidly about the breakup live on air, telling Radio 2 listeners: “The one thing I’m really proud of myself for is I do know when to walk away and I don’t like to be taken advantage of.

"Sometimes it’s been to the detriment of my own career or in my own relationships, but I just feel like it’s really important as a woman to have self-worth and self-respect.

"I’ve always tried to maintain that in anything that I do in life, generally," the star continued. "More so now as a mother because I feel like I’m a role model and I’ve got to set an example."

Denise then said she knows the bad times are "always followed by good times" so she's able to think positively and look forward.

"I think you just ride the wave of the bad times knowing that eventually, you will get to a good place," she added.

As the pair navigate their public split in the media, Eddie has also shared that he has been struggling over the last few months.

Replying to a comment on a snap of him working out in the gym, he said: “I’m just back into my training as I lost over a stone in weight due to stress and anxiety over the last four months."

Last week he shared a seemingly pointed message as he posted a meme that stated: "Love is more important than money!"

And more recently he posted a note reading: "I'd rather be alone than be with someone who makes me feel lonely."

For all the latest celebrity news, sign up to our daily newsletter here .