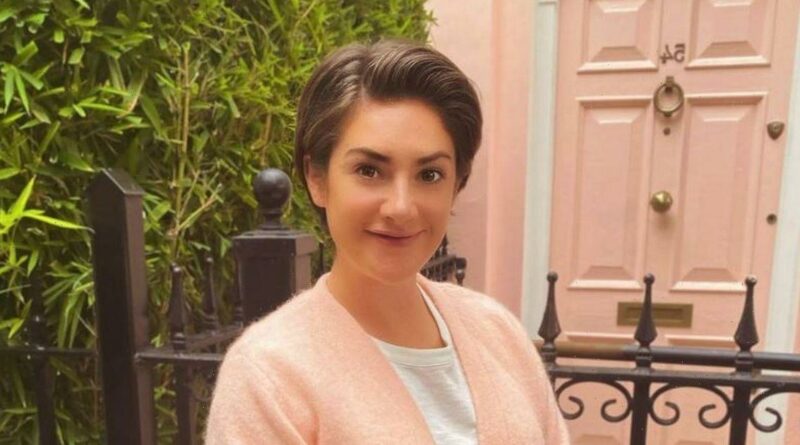 Isabel Hodgins first appeared on our screens back in 2006, as the much-loved Victoria Sugden in Emmerdale.

The popular actress has been at the centre of some explosive storylines during her time on the show, with Victoria surviving an explosion, undergoing psychiatric care, and being embroiled in a love triangle with Matty and Adam Barton.

Victoria is currently at the centre of another huge plot twist, with her life left hanging on the line in recent scenes. In harrowing scenes where Victoria was plunged into deep waters as part of ITV's Super Soap Week, viewers were left shaken as they await to find out her fate.

While we eagerly wait to see how Emmerdale's latest twist unravels, we take a look into soap star Isabel Hodgins life away from the cameras…

Get exclusive celebrity stories and fabulous photoshoots straight to your inbox withOK!'s daily newsletter. You can sign up at the top of the page.

Who is Isabel Hodgins?

Isabel is 27 years old, and hails from Eccles, in Salford, Manchester. She attended Sylvia Young Theatre School in London before finding fame on Emmerdale.

She has an older sister Charlotte, who regularly features on her Instagram page. The pair are the spitting image of one another, with many fans presuming they are twins.

Isabel previously told how she was just about to give up on her acting dreams prior to landing her soap role, and instead had began to turn her focus onto becoming a professional dancer.

She bagged herself an audition for the role of Victoria and obviously nailed it, and has remained a permanent fixture on the soap ever since.

The soap stars were in a relationship for four years, and went public with their romance in 2015. They decided to part ways in 2019, with Michael deciding to take the plunge and move to the USA to further his acting career.

Isabel has previously been at the centre of romance rumours on the Emmerdale set, with actors Max Parker and Danny Miller both rumoured to have dated the brunette beauty.

Aside from a acting, Isabel is also an avid gym-goer and has danced since she was age 4. She previously explained how she had been part of a dance school in Manchester from an early age, and had continued to pursue the hobby even after she found fame.

Emmerdale continues on weeknights on ITV.

For all the latest gossip about Emmerdale, sign up to our daily newsletter here .