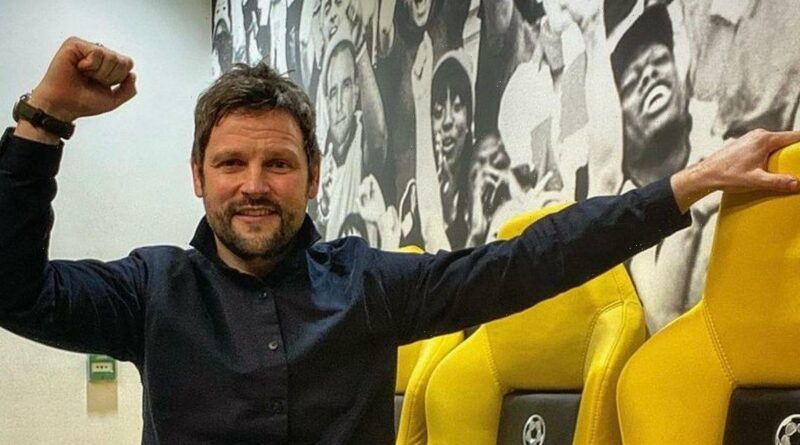 Gordon Smart is the newest addition to the Good Morning Britain presenting team, with the 42 year old teaming up with Charlotte Hawkins to front the show this week.

Gordon has proven to be a hit with ITV viewers, who have branded him a 'breath of fresh air' and called for him to become a permanent fixture on the early morning show.

The dad-of-two, who shares son Jimmy and daughter Laurie with his wife Kate, is familiar to many thanks to his varied media career, which has seen him work at newspapers such as The Sun and host radio shows on the likes of Radio X.

Gordon, who hails from Edinburgh, studied journalism at Napier University in Edinburgh. He kicked off his journalism career at DC Thomson in Dundee, where he worked as a junior reporter at the Evening Telegraph and Dundee Courier.

After struggling to find work in newspapers, he became a football coach for Dutch company Coerver for around one year. Gordon then worked for Deadline Press and Picture Agency, covering news in the east of Scotland.

His luck turned in 2003 when the MTV Music Awards were held in Edinburgh and he was introduced to Victoria Newton – the editor of the showbiz column, Bizarre, at The Sun at the time.

Victoria gave Gordon shifts at The Sun which then landed him a three-month contract at The News of the World.

He went on to join The Sun in 2004 as Victoria's deputy before going on to become the editor of Bizarre. Gordon became the deputy editor of the newspaper in 2016 but left later that same year to focus on broadcasting opportunities.

Throughout his career, Gordon has rubbed shoulders with many famous faces, including the likes of boyband One Direction, Liam Gallagher and Carl Barat.

He's recalled incidents with celebrities, including on where Jay-Z confronted him in London nightclub Paper over comments the journalist made about his Glastonbury set.

Back in 2008, Jay-Z headlined the iconic festival, with Gordon and Noel Gallagher criticising his headline slot, claiming he wasn't the right fit for the festival.

However, Jay-Z spotted Gordon in the London club after he performed at Wireless and poked him in the chest before asking him about the comments.

According to Digital Spy, the rapper said: "You were the only one who gave me a bad review. Everyone else said it was history. I'm not one of those guys who gets cut up about good or bad reviews but you missed the moment, man.

"It was a first for Glastonbury and you didn't get it. You're a non-believer. I was making history and you missed the moment."

Gordon hosted a show at Global Radio's XFM from 2011 until 2013, and he returned to the station in 2016 after it rebranded as Radio X. He hosted a Sunday show before going on become the presenter of the weekday evening show in 2017.

In March 2020, Gordon stepped down from his role at Radio X due to ill health and later confirmed he'd left for good.

The 42 year old now fronts the Drivetime show, from 4pm until 7pm, on TalkSPORT.

Alongside radio, he's previously appeared on TV as part of the celebrity panel on The Xtra Factor and on Channel 4's Real Stories, where he discussed the careers of certain huge music stars with Dave Berry.

Gordon launched his first podcast with best pal and Line of Duty actor Martin Compston, 38, in August 2022. The pair host the Restless Natives podcast, which sees them talk about their adventures and plan new ones.

The podcast launched on Global Player in August, and has featured guests including Vicky McClure and Shane Todd.