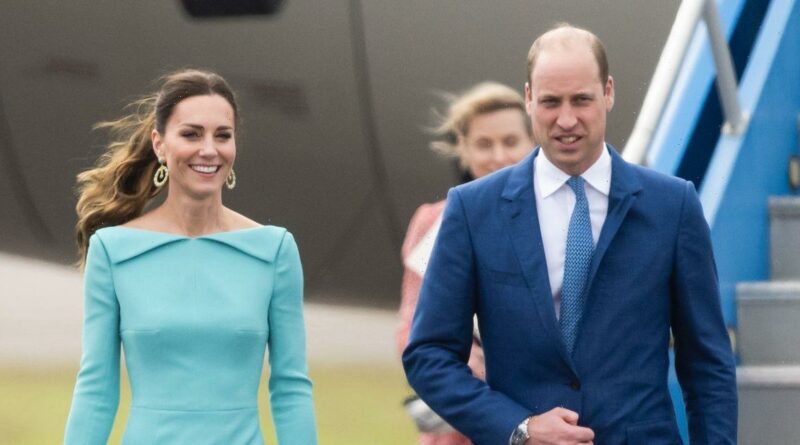 After their whirlwind tour of the Caribbean, Prince William and Kate Middleton are ending on a high with a weekend stay at The Cove at Atlantis on Paradise Island in The Bahamas.

The celeb fave has played host to everyone from Kim Kardashian to Oprah Winfrey during their trips to the tropical island and we can certainly see why.

Although it's not been confirmed which room the royal couple are occupying, celebrities have typically opted to stay in the resort's 4,740 square foot Bridge Suite costing an eye watering $25,000 (£19,000) per night. The Presidential Suites which offer incredible ocean views are also an option but smaller, less grand rooms are also available at £471 a night.

The Cove is a luxurious spot nestled between two private beaches. Their official website describes it as "an elegant hotel, perfect for couples seeking a romantic getaway" – so we hope William and Kate are able to take advantage after their extremely busy schedule.

Lounging by the resort's adult-only pool is great for people watching and, who knows, Kate and William may spot Gabrielle Union, Drake or the Jonas Brothers – who have all checked in – while topping up their tans.

Once inside the pair were also treated to a performance by the Eva Hilton primary School Choir and Rake n Scrape Band.

The Cove is one of five hotels located within Atlantis Paradise Island resort and features an open air entrance.

We also hope Kate and William get the opportunity to lounge in one of the resort's private cabanas or try the world famous lobster quesadilla from oceanfront Sip Sip, which is now only found at The Cove and features Caribbean favourites whipped up from locally sourced ingredients.

But the royal couple shouldn't worry if that's not to their taste, there are 29 other restaurants available including an outpost of Celebrity Japanese favourite Nobu.

Meanwhile, the hotel's spa also offers hot and cold plunge pools as well as steam and sauna rooms for Kate and Wills to relax in after their busy schedule. Or perhaps the sporty pair will instead opt for a round of golf at the hotel's own 18 hole course.

And while Kate and William have certainly experienced the best that the Caribbean has to offer during their whistle stop tour, if they do get some downtime, The Cove can also arrange dolphin watching in their 11 acre lagoon, a trip to the Pirates of Nassau Museum or a rip roaring trip to the Aquaventure water park.

For more gossip from the royal tour, subscribe to our newsletter here.