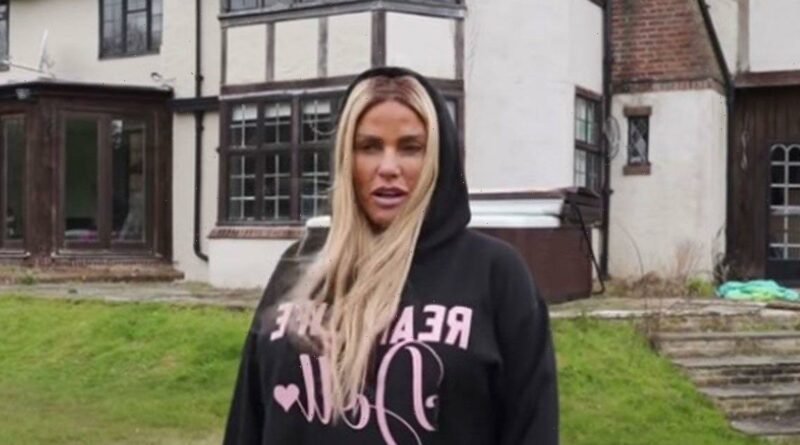 After years of reports of burglaries, mess and disrepair, Katie Price's dilapidated country home fast gained a reputation as the ‘mucky mansion’

In an upcoming Channel 4 show, set to air Friday despite her recent arrest over an alleged restraint order violation, Katie will finally be tackling the nightmare of her own mucky mansion

The 43-year-old is taking on the task of restoring and renovating the property to its original palatial beginnings.

The nine-bedroom home in Horsham was bought in 2014 for £2 million, however, is believed to have been almost halved in value since Katie moved in.

Let's take a look back at what exactly went wrong…

In 2019, the former glamour model attempted to silence the rumours regarding the state of her home by giving fans a guided tour on her YouTube channel.

The mission was intended to reveal that the mansion wasn’t as bad as reports suggested, however, backfired when the footage suggested otherwise.

The home’s stables were seen to be stuffed with piles of clothes while the swimming pool water appeared to have been replaced with green slime.

In the video, Katie defended herself by saying that thinking about sorting through all the mess gives her a "headache".

She says: "It's exhausting to know where to start, which room which pile,"

"I don't need these clothes and I'm always saying what can I wear? Where do I start?"

The home was also in desperate need of a clean, and bird mess was found in the stables. She said: "Instead of a horse there seems like there's some bird s***."

In 2020, Katie’s previous groundsman and caretaker Charlie Farthing spoke to the papers about the state of his former workplace.

Having worked on the 25-acre estate for five years, he said that the whole property was covered in animal mess.

The same year a fire engulfed part of the property after the caretaker lit a bonfire next to the mock Tudor home.

Also in 2020, the home was left completely uninhabitable after being ransacked by burglars.

The trespassers even found their way into the loft where they sifted through Katie's personal boxes to see what they could find.

They left after leaving the upstairs taps, flooding the home and causing thousands of pounds of damage.

In the upcoming show about the mansion’s state, it is valued at half its original price.

A source from the upcoming show told the Sun: "Katie knew it was in a bad state, but when she found out it's now worth less than a million – half its original value – while filming the new show, it was a real shock.

"She's going to do everything she can to get it back to its former glory and make it worth something again. It's a real disaster for her." A neighbour spoke to The Mirror to say that they suspect the house has been in such a state that it’s not even liveable in.

The source said: “It's such a mess that it would probably cost her a few hundred thousand just to make the place liveable again.

"The land is littered with flytipping, the cesspit needs to be replaced, there's fire damage and the ceiling is still damaged from the flood, so there's damp all through the house as well."

In the lead up to the upcoming Channel 4 series, Katie had been posting her ‘Mucky Mansion’ on a separate Instagram page set up for the show, giving opportunity for its 21,600 followers to comment on the estate with helpful tips on how to tidy up the residence.