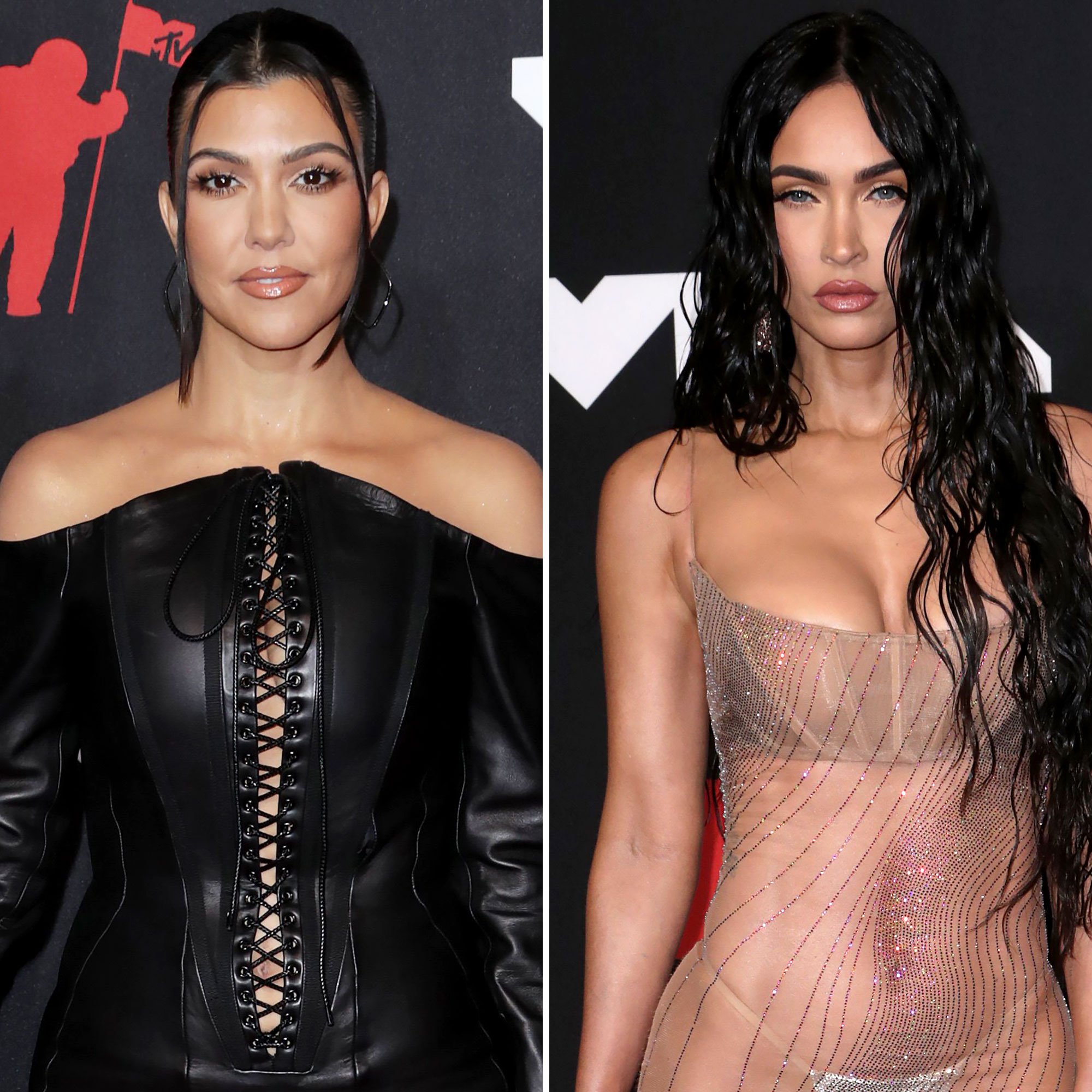 Fast friends! Kourtney Kardashian and Megan Fox bonded due to their respective relationships with Travis Barker and Machine Gun Kelly, and their dynamic has only gotten stronger ever since.

“Megan and Kourtney have grown closer as friends over the last two months. They act like best friends when they’re together,” a source exclusively tells Us Weekly. “Kourtney has been spending more time with Megan than some of her sisters. It’s mainly because she and Travis are inseparable, and Travis and Machine Gun Kelly are very close, so usually they bring along their girlfriends to hang out with them.”

“Travis has a recording studio in his house so him and MGK will jam out there a lot. Travis introduced Kourt to Megan through MGK,” the insider says. “As a group, they like to go on double dates, concerts, events together — it spices things up. Travis and MGK are happy Megan and Kourtney have gotten to bond and get along well with each other.”

Fox and Kelly were first linked in May 2020, and Us revealed the following month that they are officially dating. Kardashian and Barker, for their part, began quietly seeing each other in late 2020, with Us confirming in January that they are an item.

Since then, the foursome have been spotted hanging out on multiple occasions. The Poosh founder and the Transformers star supported their boyfriends at the 2021 MTV Video Music Awards on September 12 when the musicians performed. They had dinner at Cipriani Downtown in New York City later that night.

Celebrity BFFs Through the Years: Photos

“The group seemed calm, very relaxed,” eyewitness Lieba Nesis exclusively told Us of the double date. “They were enjoying their time together as if they had no cares for the world. They looked like they just wanted to relax. MGK didn’t seem stressed about the earlier drama.” (The rapper got into an altercation with Conor McGregor on the red carpet ahead of the ceremony, and Kelly and Barker later had to postpone their performance for undisclosed reasons.)

Kardashian and Fox subsequently starred in a steamy Skims campaign together. “I love that Skims really understands what women want to wear and that they want to feel sexy, confident and empowered,” the actress said in a press release. “I loved being in this campaign with Kourtney, we had so much fun shooting together.”

The New Girl alum also posted shots from the photo shoot via Instagram. “Kourt, forever isn’t long enough,” she captioned the pics, to which the reality star replied, “This lifetime and the next.”