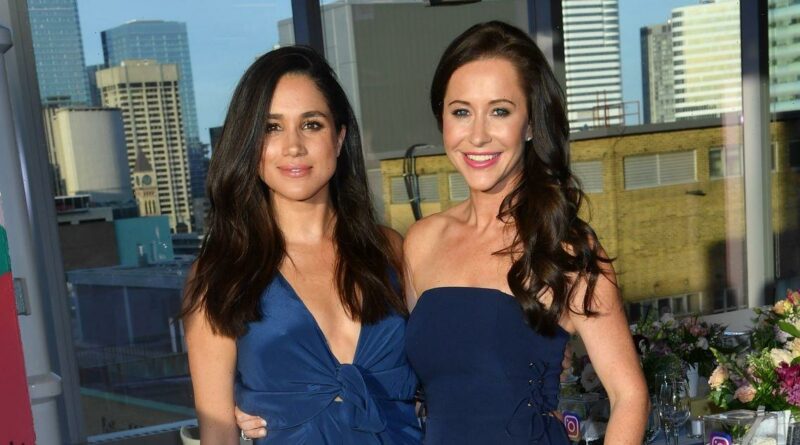 Jessica Mulroney's race row with Canadian influencer Sasha Exeter meant some people questioned whether she would be able to continue her friendship with Meghan Markle.

The backlash occurred when Sasha asked Jessica to publicly speak about the Black Lives Matter movement but did not get the response she hoped for, even stating that Jessica sent a "threat in writing".

"In the space of a week, she ticked every box of what a white woman should not do during the biggest racial uproar in history… citing it really wasn't a problem she wanted to share on her social channels, that she would be bullied by the public… claimed her show was more important to promote."

Jessica has since apologised twice, and has vowed to hand over her platform to black voices. She wrote, "[Sasha] rightfully called me out for not doing enough when it came to engaging in the important and difficult conversation around race and injustice in our society. I took it personally and that was wrong. I need to do better."

Meghan is very passionate about the movement towards equality – has given speeches on the subject and spoke about her experience in the royal household, and even considered naming family members.

However, despite the situation a royal source revealed that Jessica and Meghan have been able to move past the scandal as friends.

"Meghan and Jessica have been friends for years and behind the scenes they're very much still in touch."

While the Duchess of Sussex was able to forgive her long-time friend. "They may have had to rebuild trust after Sasha accused Jessica of behaving problematically but the fact Jessica doesn't post about Meghan on her social media only serves to prove how close they are."

While Jessica mainly keeps quiet about their relationship, she did decide to address any rumours of a rift herself on Instagram stories last year. "I'm going to tell this once and for all. Meghan and I are family.

"She is the kindest friend and has checked up on me every day. Tabloid culture is atrocious. It creates lies and hurtful storylines. Stop feeding into it. Done."

Meghan and Jessica have a strong foundation of friendship before the incident.

The pair met in 2011 while Meghan was working on Skins in Toronto where Stylist Jessica lives with husband Ben Mulroney, who is the son of former Canadian Prime Minister Brian Mulroney.

Jessica and Ben even helped to keep secrecy around the early courtship of Prince Harry and Meghan, who just celebrated their second anniversary, by hosting them for private dinners at their house.

For more royal news sign up for OK!'s daily newsletter.

The royal wedding was a perfect opportunity to show how much the support meant to them, with Jessica and Ben's children Brian, John and Isabel taking on roles of pageboys and flower girl at the event. Jessica wrote, “Proud friend. Proud mom" next to a photo of them on the special day.

Jessica continues to publicly support her friend after she decided to leave the royal family.

She wrote, “I don’t know that anyone has ever had to deal with the pressure, the politics and the press like this woman. In the face of it all, I have never seen her waver from kindness, empathy and love.”