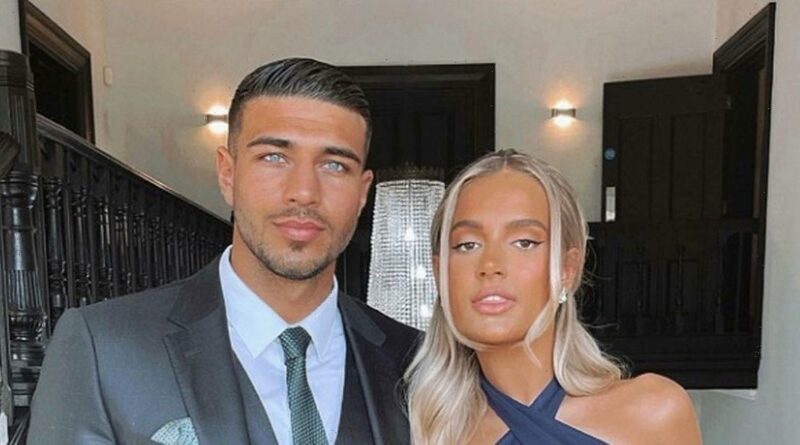 TheLove Islandstars who met during series five of the ITV dating show in 2019 have been couple goals for a while now with their adorable snaps and gushing tributes for each other.

To mark the special day last week they continued their display of emotions with Molly-Mae, 23, calling Tommy, also 23, her “soul mate”, while he called her his “rock”.

To celebrate their anniversary, the couple took a trip to the seaside at Lytham St Anne's Beach in Lancashire near Blackpool.

Molly-Mae posted a snap of herself and Tommy posing in a mirror with beach rides in the background with the caption: “Not me in a jacket in 30 degrees. It was chilly at the beach”.

She looked her usual fashionable self as she posed in a pair of cream trousers, stripey tee and her olive leather jacket.

While Tommy was all smiles for the camera in a white t shirt before the duo headed off for a hearty pub lunch.

During their time at the beach, Tommy poked fun at his brother boxing legend Tyson Fury as he posted a picture of the claw machine that was housing Tyson Fury teddies.

Molly-Mae and Tommy continued their day out with some more beach arcade games.

To mark the big day, Molly-Mae described her boxing champion boyfriend wrote: “Happy Anniversary to my soul mate. 3 years of us”, adding a white love heart emoji at the end.

Molly then posted a snap of herself and Tommy kissing on top a mountain as she said: “I love you so much”, and shared a third black-and-white photo of the pair smooching again duringtheir recent trip to Dubaion a boat, as she wrote: “Forever” with a heart emoji.

The social media sensation also uploaded a fun clip of herself and Tommy going down a huge inflatable water slide during their recent holiday, as she captioned: “Let’s continue to act like 2 big kids together…”

While Tommy wrote: “With me through thick and thin. Couldn’t ask for a better woman”, adding a love heart emoji at the end.

Molly-Mae recently spoke out about herwishes to start a familywith her beau.

The PLT creative director spoke of her wishes to start a family and get married to Tommy and that she didn’t care which came first, as she answered a fan’s question during a Q&A on Instagram Stories recently.

“Do you want to have children or get married first?" the follower asked Molly, to which she replied: "Order doesn't matter to me at all," with a black heart emoji.