Home » Inside the Disney Wish, the company's newest cruise ship 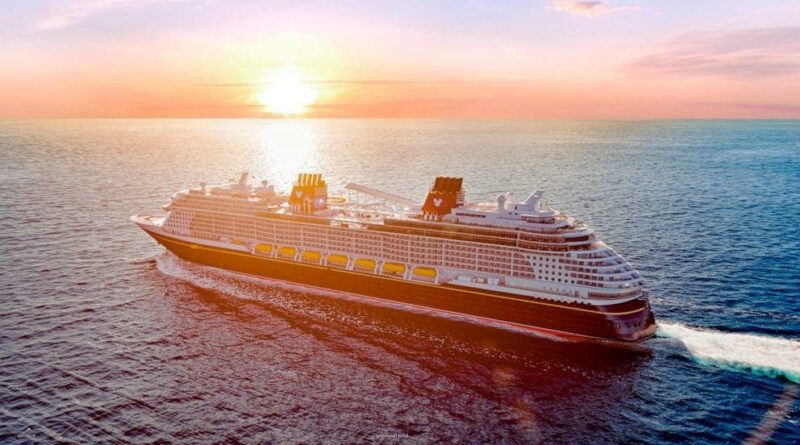 Disney Cruise Line has released more details regarding its newest cruise ship, Disney Wish, which will open to the public for bookings on May 27.

Disney Wish is the company’s most innovative and magical ship yet. The ship’s motif is enchantment, and it focuses on a tale as old as time — wishing upon a star. It intends to include all the classic things families love about Disney cruises while also introducing new and incredible experiences to make the trip even more memorable.

“The Disney Wish will be like no other ship at sea,” Lisa Pickett, hotel director at Disney Cruise Line, said.

The maiden voyage will set sail on June 9, 2022, with a five-night cruise from Port Canaveral, Florida, to Nassau, Bahamas, and Castaway Cay, Disney’s private island. From new attractions to dining experiences, here’s just a taste of what you can expect.

One of the more fantastical additions to the ship is the AquaMouse, Disney’s first attraction at sea.

The water ride will take riders along 760 feet and immerse them in “The Wonderful World of Mickey Mouse” through the use of special effects and lighting.

Animated shorts featuring the iconic character and a brand-new story involving him called “Scuba Scramble” will line the inner walls of the tunnels that riders will be zooming through.

“Families are going to absolutely love this experience,” DCL cruise director Jimmy Lynett said. “It is going to be a one-of-a-kind experience only on the Disney Wish.”

The spacious upper deck will also have six pools, some of which will be dedicated for particular ages. Kids will be able to splash around in a “Toy Story”-themed area, while adults can soak their troubles away at the Quiet Cove.

Cruises could resume in US by mid-July with vaccinations, CDC says

Disneyland set to reopen with limited capacity on April 30

Entertainment for people of all ages

Kids will have a wide range of fun activities to choose from. The “It’s a Small World” Nursery will offer babysitting services for those up to 3 years old, while the Oceaneer Club is geared to kids from 3 to 12 with cool play areas.

The Marvel Super Hero Academy will see “recruits” train alongside some of their favorite heroes such as Spider-Man, Black Panther, Ant-Man and the Wasp. Kids will even be able to pick their own hero suit and put it to the test.

They will be able to tap into their artsy side at Fairytale Hall, an area that consists of three rooms: Rapunzel’s Art Studio, Belle’s Library and Anna and Elsa’s Summerhaus.

The Walt Disney Imagineering Lab will pull back the curtain on what Imagineers, the people who research and develop ideas for Disney, actually do. Kids will be able to step into Imagineers’ shoes to see what they do and how they do it, and even get to try out some experimentation themselves.

“It’s really taking our young cruisers behind the scenes and looking at how we create the magic, how we use our imagination,” Claire Weiss, creative director at Walt Disney Imagineering Germany, said.

Adults aren’t left behind entertainment-wise either, with areas exclusively for those 18 and up.

The Senses Spa will allow adults to truly rest and recharge with a number of spa and beauty treatments on offer, along with spa villas and steam and aromatherapy rooms. Senses Fitness will be there for those who need to let off some steam and exercise.

Five new entertainment-specific areas will bring all ages together At the center of it all will be the opulent Grand Hall, a three-story atrium that looks straight out of a fairytale, where dedicated shows and interactive entertainment will take place.

“Our Grand Hall is truly our castle on the sea. It is basically the castle part of the park for Disney Cruise Line. We know that the castle is iconic to the Disney brand and to the Disney experience, but also to this idea of wish fulfillment and wishes coming true,” Weiss said. “So it seemed like a fitting architectural style to give this theme of enchantment a real world place to go.”

“Its location is just prime real estate on the ship for bringing people together,” Lynett said.

Luna will be an hub for live shows and other interactive elements that are for all ages during the daytime and transition into adult-only in the evening. The Walt Disney Theatre will put on original Broadway-style stage productions, while Wonder and Never Land Cinemas will screen various Disney movies.

The Hero Zone will be a fully enclosed, air-conditioned sports arena where families will be able to get active and participate in game-show-style competitions.

Adults also have the luxury of private dining and bar areas just for them.

“Star Wars” fans will love the spaceship-themed Hyperspace Lounge, with drinks inspired by the worlds of Tatooine, Batu and Mustafar.

There will also be several upscale dining options just for adults, such as Palo Steakhouse, The Rose and Enchanté, all inspired by “Beauty and the Beast.”

For families as a whole, there will be three new dining options that elevate it from just simply eating to an entire experience.

Arendelle: A Frozen Dining Adventure will serve Nordic-influenced cuisine while characters like Anna, Elsa, Kristoff and Olaf sing and dance around diners.

Diners will take a more active role in Worlds of Marvel, where some of the Avengers are on a mission and need assistance. The food will be inspired by places featured in the Marvel movies, such as New York, Sokovia and Wakanda.

1923 brings diners back to an age of old Hollywood glamour and pays homage to the very year the Walt Disney Company was founded. The cuisine will be centered around the different cultures that make up California’s heritage.

A home away from home

Disney Wish will have 1,254 staterooms, most of which will have an ocean view and a veranda. The rooms are designed to be people’s home away from home, where they relax in a peaceful setting.

“We have our Disney Cruise Line exclusive split bath and ample storage space,” Pickett said. “We’ll have more than 900 state rooms that are connecting, which is incredible for those family experiences or those parties that traveled together.”

There will also be four royal suites that can accommodate up to six guests. Two of the suites will also be two stories tall with spiral staircases for those who truly want to live in luxury.

“One thing that’s really important in our state rooms and our suites is we are continuing to bring Disney stories of enchantment to life. So they’re a little bit different from the state rooms you know and love on the existing ships,” Weiss said.

Disney is the parent company of ABC News and “Good Morning America.”