Facebook-owned Instagram has issued an apology for removing a poster for Spanish auteur Pedro Almodovar’s upcoming movie Parallel Mothers, which opens Venice this year, from its platform.

The poster (see in full below) prominently features a lactating nipple. Instagram had taken down the image saying it broke its “rules against nudity”. However, the decision was subsequently reversed and the posters were restored to Instagram.

“We do, however, make exceptions to allow nudity in certain circumstances, which includes when there’s clear artistic context. We’ve therefore restored posts sharing the Almodóvar movie poster to Instagram, and we’re really sorry for any confusion caused,” the company said in a statement to the Associated Press.

The poster’s design Javier Jaén told AP that he and Almodovar had been aware that the imagery might violate social media rules but had decided to stay true to their ideas. “He told me that he had made films with posters his whole life, long before Instagram, and he would keep doing so after Instagram, too,” Jaén said.

Facebook and Instagram have previously fallen foul of the #FreeTheNipple artistic movement which advocates for the ability to portray nipples without being censored; male nipples are widely allowed to be shown.

Parallel Mothers stars Penelope Cruz in the story of two mothers who give birth the same day. The Venice world premiere is September 1. Here’s the film’s poster: 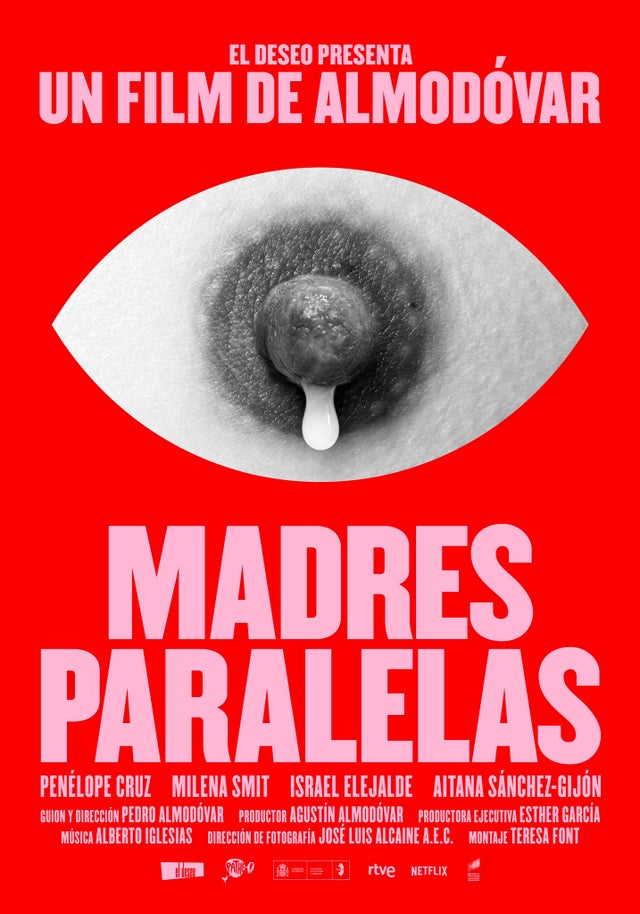