Instagram has banned all that give the effect of plastic surgery in an attempt to promote the company’s ‘well-being policies’.

The announcement was made by Spark AR last week, the company responsible for the Instagram Effect Gallery — which gives users options to transform into a dog, add hearts floating around their head, or even elongate their eyelashes.

But Spark AR decided filters altering features on people’s faces or promoting plastic surgery would no longer be acceptable effects on the platform. 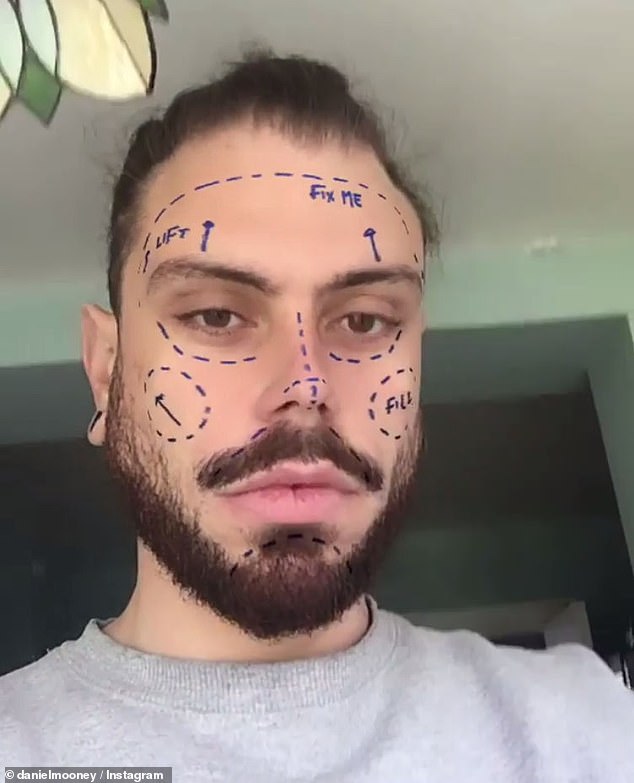 New change: Spark AR is responsible for the Instagram’s Effect Gallery on the app and announced it would ban apps giving the effect of plastic surgery 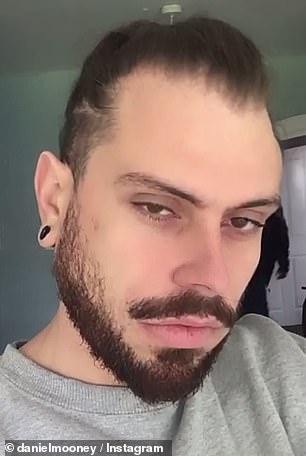 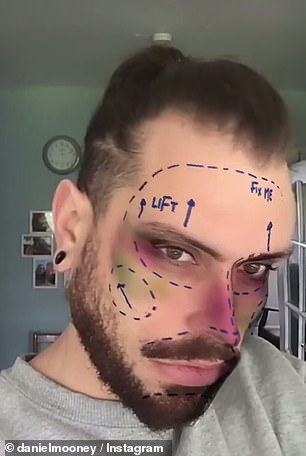 Controversial: This decision comes after user-generated effects like the ‘Fix Me’ effect (pictured) popped up showing people getting plastic surgery on their face 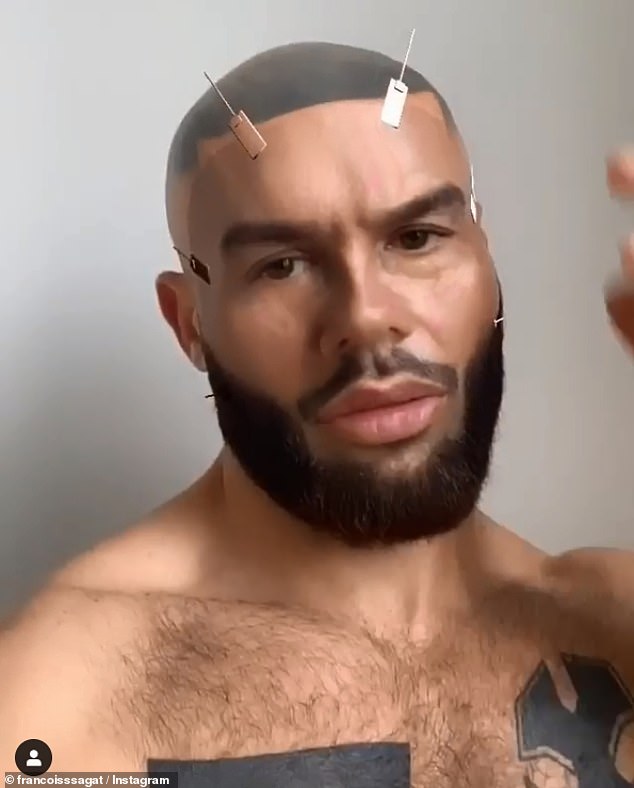 Cracking down: Spark AR announced effects relating to plastic surgery would be removed to promote its new ‘well-being policies’

‘We want Spark AR effects to be a positive experience and are re-evaluating our existing policies as the relate to well-being,’ the company wrote in a statement.

It went on to explain how the company would be removing ‘all effects associated with plastic surgery from the Instagram Effect Gallery’.

Approving new effects would also be postponed when they relate to plastic surgery ‘until further notice’.

The company was not clear, though, on exactly what filters would be taken down from Instagram following the decision.

User-generated effects including ‘Fix Me,’ which places pen drawings on someone’s face that label areas needing a ‘lift’ or ‘fill,’ no longer appear on Instagram following the decision.

The above special effect sparked controversy when it first appeared on the app and only lasted online for a couple days before it was removed. Not only did it show drawings of areas needed fixed on someone’s face, but it also created bruising on the face as if to imply someone already got plastic surgery.

Other user-generated effects like ‘Plastica’ and ‘Bad Botox’ were probably targeted in the company’s recent decision.

Hundreds of effects are available on the app for people that are submitted by other users, so it remains unclear how Spark AR intends to police these effects.

This announcement comes after Instagram revealed last month how it will be cracking down on posts promoting weight-loss products — such as detox teas and shakes often advertised by celebrities like the Kardashians — and cosmetic surgery to users.

Instagram revealed it would not allow for people under the age of 18 to view promotional posts for specific products.

It would also prevent accounts from making unfounded claims about a specific product, like stating they lost 10lbs. by drinking a detox tea when that is actually not the case.