Home » Lifestyle » Is it cheaper to buy or rent a property near you?

Is it cheaper to buy or rent a property near you? Owning a home is less expensive than renting across three-quarters of Britain

Renting a property is widely assumed to be cheaper than buying.

You don’t need to worry about saving for a deposit, or paying for solicitors to get the keys to a rental home, and your landlord should pick up the cost of most repairs.

But set these things aside, and new research suggests that if they can buy with a mortgage – which means having sufficient income and raising the deposit required – homeowners could be in a better financial position than tenants.

It argues that this is because your monthly outgoings – in the shape of the repayments on a mortgage – are less than the cost of renting in 75 per cent of places in Britain. 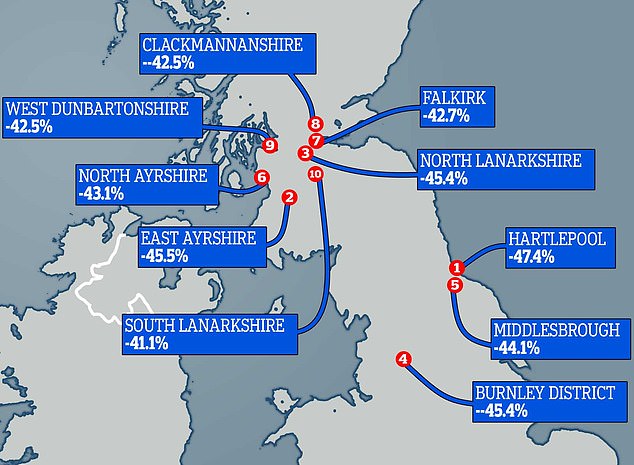 Top 10 local authorities where buying is cheaper than renting, according to Zoopla

The research by property website Zoopla claimed that out of the local authority areas in Britain where it is cheaper to buy than to rent, Hartlepool, in Country Durham is ranked top.

Servicing a mortgage in the coastal local authority of Hartlepool is on average 47.4 per cent cheaper than renting, which equates to £213 a month.

In second place is East Ayrshire, in Scotland, where buying is 45.5 per cent cheaper on average than renting, or also £213 a month.

It is followed by North Lanarkshire, where buying is 45.4 per cent cheaper on average than renting, the equivalent of £233 a month.

The figures were worked out on the basis of someone owning an average home in the area, with an 85 per cent loan-to-value mortgage fixed for two years at 1.89 per cent. Monthly mortgage payments were then compared to average monthly rents.

But Zoopla did not take into account saving for a deposit, or whether the theoretical homeowner had a big enough income to borrow 85 per cent of a property’s value. 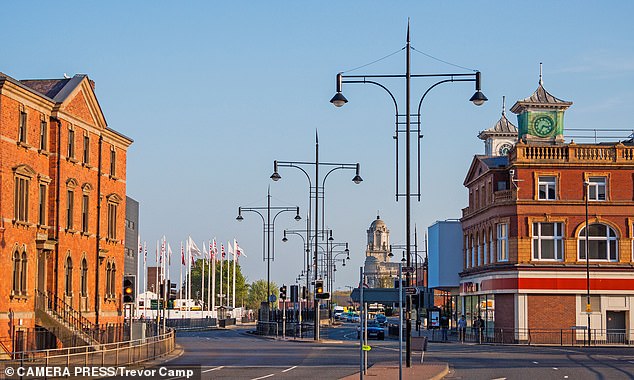 Pictured: Hartlepool in Country Durham is the most cost effective place for buyers 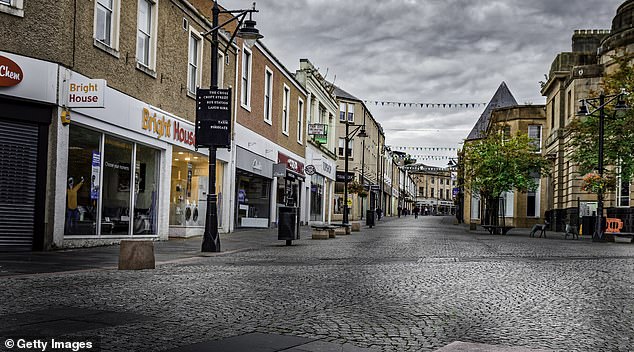 Pictured: East Ayrshire in Scotland, where it is more cost effective to buy than rent

Zoopla’s Lawrence Hall said: ‘In some areas, renters are paying a premium when you compare their outgoings to that of homeowners servicing a mortgage.

‘Of course, buying isn’t always a viable option for those who aren’t able to put down a deposit or want the flexibility renting can offer,’ he added.

‘Those looking for comparatively cost-effective places to rent should keep an eye on the country’s top location such as St Albans, where renting is almost a quarter cheaper than servicing a mortgage.’

HOW THIS IS MONEY CAN HELP

Owing to their high house prices, London’s most expensive boroughs were flagged as areas where renting is cheaper than buying, with Kensington & Chelsea top at a 39.4 per cent difference.

Outside of London, the Hertfordshire commuter belt city of St Albans was the place where renting a property is more cost effective – a factor again driven by high house prices in the area.

On average, renting is 22.4 per cent cheaper than owning a property in St Albans – the equivalent of £270 a month.

The district of South Bucks in Buckinghamshire is second with a differential of 16.4 per cent, followed by the Derbyshire Dales in the East Midlands at 14.9 per cent. 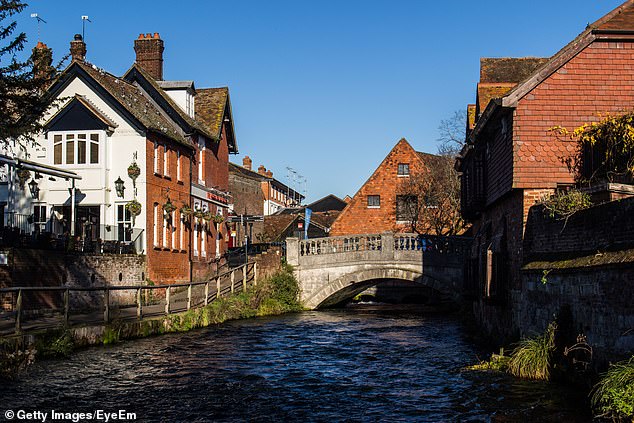 On a regional level, North East England is ranked top for buyers as it is 32 per cent cheaper on average than renting, the equivalent of £157 a month.

It is followed by Scotland in second place at 29.9 per cent and North West England at 27.5 per cent.

By contrast, London is comfortably Britain’s top region where renting is cheaper than buying at 3.4 per cent, well ahead of South East England at 0.9 per cent. 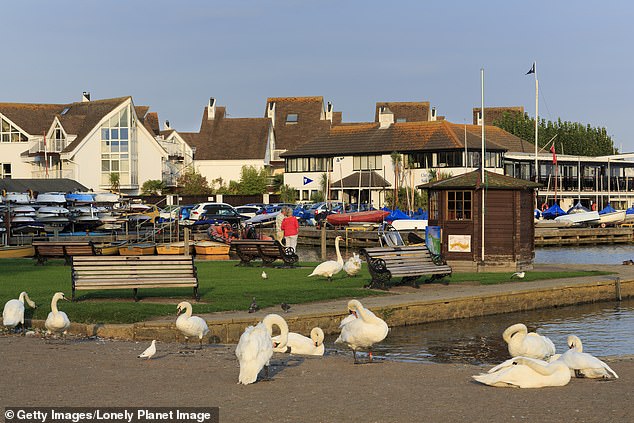 In the capital, it’s better to rent than buy in 63.6 per cent of London boroughs.

Kensington and Chelsea heavily favours rents, with the differential at 39.7 per cent, the equivalent of £1,133 a month.

It is significantly ahead of the next closest boroughs of the City of Westminster at 29.8 per cent and the City of London at 28.2 per cent.

The most cost effective place for buyers in London is Barking and Dagenham, where it is 14.7 per cent cheaper on average to own than to rent.

It is followed by Newham and Enfield at 9.3 per cent and 7.4 per cent respectively.