Home » Is Margot Robbie Related to Any of These Hollywood Look-Alikes? 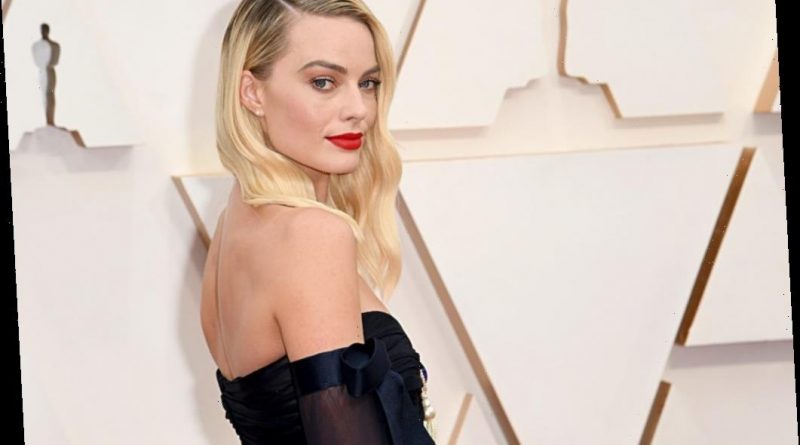 Margot Robbie has one of the more distinct appearances in Hollywood right now. With striking blue eyes, a strong jawline, and other sharp features, it’s highly unlikely that you’d ever mistake her for anyone else in showbusiness right now… or would you?

Turns out, Robbie has more than one convincing doppelganger running about in Hollywood, prompting many to assume that she must be related to at least one of them.

To start, we’ll dispel one notion right up front: no, Robbie isn’t related to any of the look-alikes in this article, nor is she known to be related to anyone else in Hollywood. At least, not closely related as far as the public record is concerned. Born in Australia’s Gold Coast hinterland and raised by a farmer and physiotherapist, Robbie had a rural upbringing far away from any showbiz connections.

That said, wow, she sure looks a lot like Jamie Pressley, yeah?

A native of North Carolina (about as far from the Gold Coast as it gets), Pressly gained mainstream recognition for My Name is Earl, an NBC comedy series where she played Joy, the title character’s ex-wife. She was a series regular throughout its four-season run, from 2005-2009. Throughout her career, she’s also had film roles in Not Another Teen Movie, A Haunted House 2, and DOA: Dead or Alive.

Sticking in the realm of TV, she’s recently had a recurring role on CBS’s hit comedy, Mom, as the divorced, alcoholic socialite, Jill Kendall. She’s been a series regular since its third season.

What about Emma Mackey? Or Samara Weaving?

Nope, still not related to Margot Robbie, but it’s easy to see where people are coming from. The resemblance is a bit more remote with French-British actor, Emma Mackey, but you kind of see it. There’s a vague similarity in the broad shape of the face between the two that gives one a distinct sense of deja vu.

Of course, the similarity is probably more noticeable when she has her hair dyed blonde for her breakout role as Maeve Wiley in Netflix’s Sex Education. One of the show’s main characters, Maeve helps the awkward Otis Milburn (Asa Butterfield) operate a clinic that gives sex education guidance to their high school classmates.

While we’re on the topic, maybe don’t bring up her resemblance to Robbie in conversation with her. She doesn’t sound fond of it, per the Independent.

Things start to get spooky when you consider Robbie’s resemblance to Samara Weaving. I mean, you see that photo right? Sometimes, it’s all in the eyes, and the actors seem to have almost the exact same striking blues. Plus, they’re both Australian. If they’re not at least distantly related, it must be something in the water.

Weaving’s been a rising star of late, with standout roles in films like Mayhem, Ready or Not, and Bill & Ted Face the Music. That last one was one of her most prominent parts to date, playing the daughter of Alex Winters’ Bill S. Preston.

While she might not see Robbie as Christmas dinner, she does have one notable Hollywood connection. As you might guess based on the last name, she’s the niece of Hugo Weaving, the veteran actor best known as Agent Smith in The Matrix and Elrond in The Lord of the Rings.