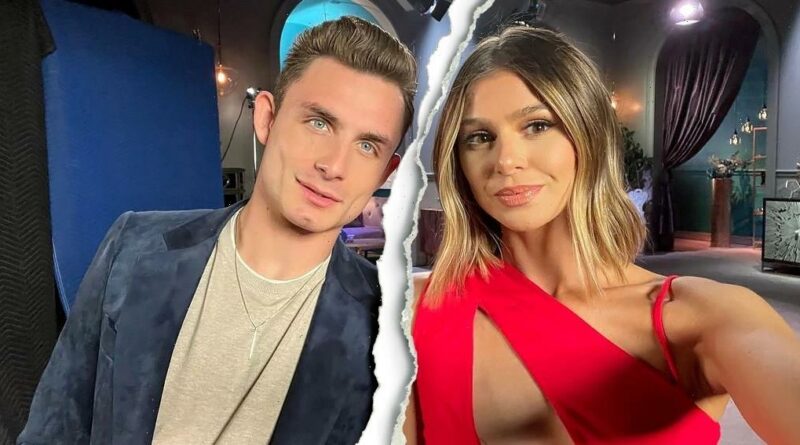 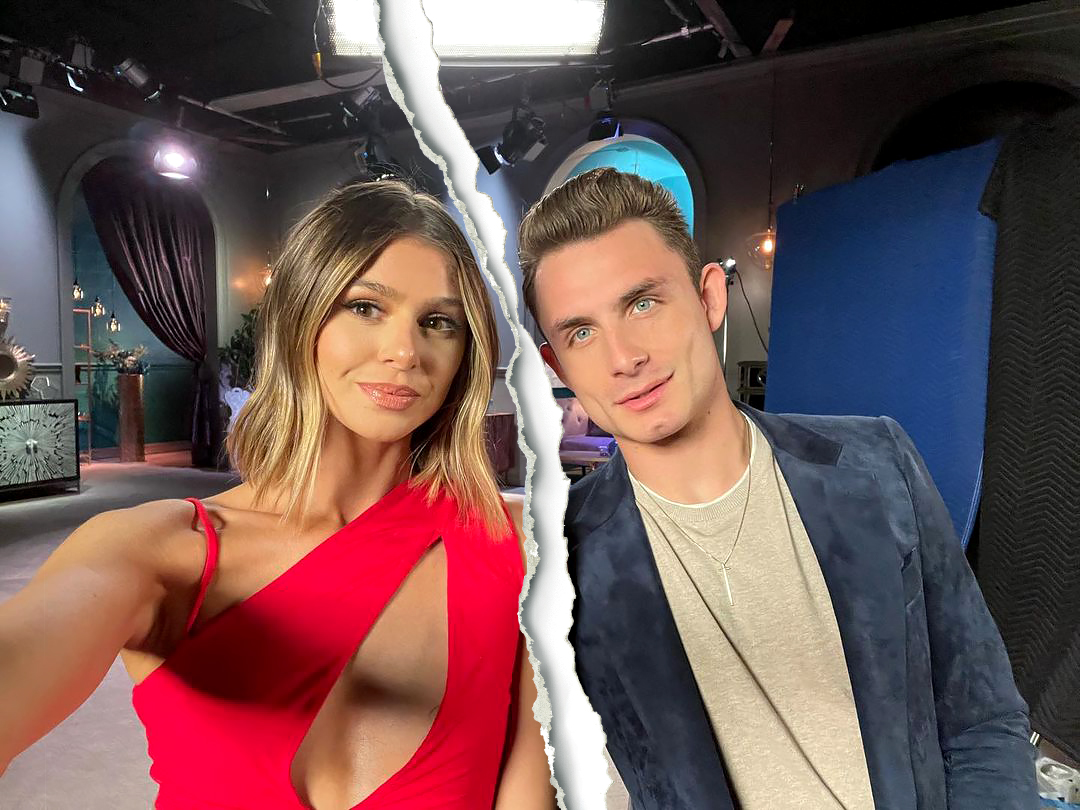 Going their separate ways. After five years together and a seven-month engagement, Raquel Leviss and James Kennedy have split.

“After these 5 wonderful years we had together, we decided we have two different goals and made the decision to call off the engagement,” Leviss, 26, shared via Instagram on Sunday, December 5. “We love each other very much, but we aren’t in love anymore. We want nothing but the best for each other so please keep any thoughts positive. Sending Love.”

Kennedy, 29, for his part, shared the same statement via his social media page.

Celebrity Splits of 2021: Stars Who Broke Up This Year

While the duo has not shared further details regarding their breakup, they were spotted filming the Vanderpump Rules season 9 reunion two days earlier.

“Reunion time,” costar Brock Davies captioned an Instagram Story clip on Friday, December 2, tagging both the England native and Leviss in his post before cheering on his love Scheana Shay. “Um, excuse me guys, get with the memo! Honey, come on, give me something. Oh, you look good on this side.”

“So proud of you my love @itsjameskennedy ✨💙,” she wrote alongside an October Instagram selfie of the pair in Palm Springs, California.

The pair announced their engagement earlier this year with a loving social media tribute.

“THE LOVE OF MY LIFE, said yes. 💍 💕,” the DJ wrote via Instagram in May, alongside a kissing selfie of the pair.

Leviss, for her part, shared the news that they were set to get married while celebrating in Palm Springs with her then-beau and their friends.

“James proposed at the iconic Empire Polo Fields of “RACHELLA” Friday night… and I said YES! I’m over the Coachella moon ✨🌵🌙 #RACHELLA,” she wrote at the time.

‘Hell of a Ride!’ Everything to Know About ‘Vanderpump Rules’ Season 9 Reunion

Several years earlier, Kennedy hinted that a wedding with his Bravo costar could be on the horizon.

“Yeah, probably,” he exclusively told Us Weekly in June 2019. “You know, I don’t like rushing that cause we’re like 10 years younger than everyone else on the show, but I love her so much.”

While Kennedy has been a VPR mainstay for years, Leviss was a late arrival when she landed a coveted SUR gig in April 2019 shortly after the pair started dating.

“On the show, Raquel is feeling a lot of pressure to side with the girls because she knows how James’ behavior can be and because she’s new to SUR,” a source exclusively told Us Weekly in March 2020 of Leviss’ journey on the Bravo hit. “Raquel wishes James would show the side of himself that she gets one-on-one more.”