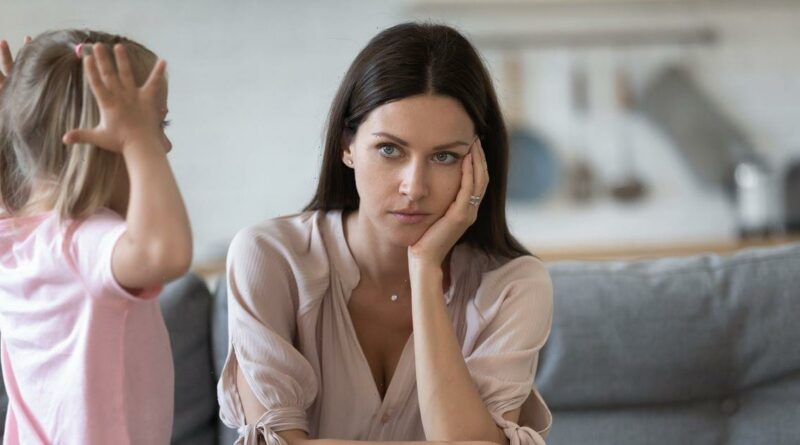 All parents know that raising children is harder than it looks – especially when they’re very young and prone to a tantrum or two.

Many mums and dads feel under pressure and can get overwhelmed with trying to be perfect.

And one mum recently admitted that she didn’t think she was a good mother as she was too “selfish and self-absorbed”.

In an interview with 9Honey, the anonymous woman said she had always wanted children, but realised after having them that she resented not having “me time”.

And, she was often short on patience.

After marrying her partner in their mid-20s and quickly starting a family, they had their first child when she was 27, then their second at 29, and the third at 30.

But, the mum noted: "I'd wanted to be a mother since I was very young remember – probably the age of six is the earliest time I can recall wanting to be a mum.

"But here's the thing; I love my kids but I don't think I'm a great mother. I'm just too selfish and self-absorbed.

"I know this because I've had years of counselling about it. I do think that people who are like me shouldn't be parents."

The mum said that she often complained when her children wanted to do something with her as she didn’t enjoy playing with them.

She said: “When they were toddlers I played with them as much as I could but I found myself getting so irritated over the slightest thing. Or when the kids had fights, I would fly off the handle.

“I just had no patience for them when they were small.

"And now that they're getting older, I haven't improved."

The parent’s me time was important to her and she said that she was a Netflix addict and expected the kids to go to their rooms at 8.30pm every night.

But, her family had challenged her behaviour.

She commented: "My sister, who is a really good mother, tells me I'm being too selfish and I can't expect to have 'me time' every single night. Especially when the kids might need my attention or need help with homework.

"My sister said, 'Have you ever thought that your kids might just want to hang out with you? Maybe they can watch some Netflix with you instead of being banished to their rooms?'"

The mum agreed with her she admitted that she didn’t want her kids to see her as selfish and boring and was trying to change her ways.

But, it would be a long journey to get there.

Did you struggle with parenting when your kids were young? Tell us in the comments…