The cult label behind a highly impractical hat that swept Instagram this summer has sent another eye-popping creation down the catwalk – a straw beach bag almost as big as the swimsuit-clad model toting it.

The burnt orange raffia bag, trimmed with raffia fringing and topped with a white leather handle, was the stand out piece in Jacquemus’ La Riviera SS19 collection, which dazzled the style set at Paris Fashion Week.

The out-sized bag comes hot on the heels of ‘La Bomba’, the straw hat with a two-foot wide brim that’s been seen on everyone from Rihanna to Emily Ratajkowski. 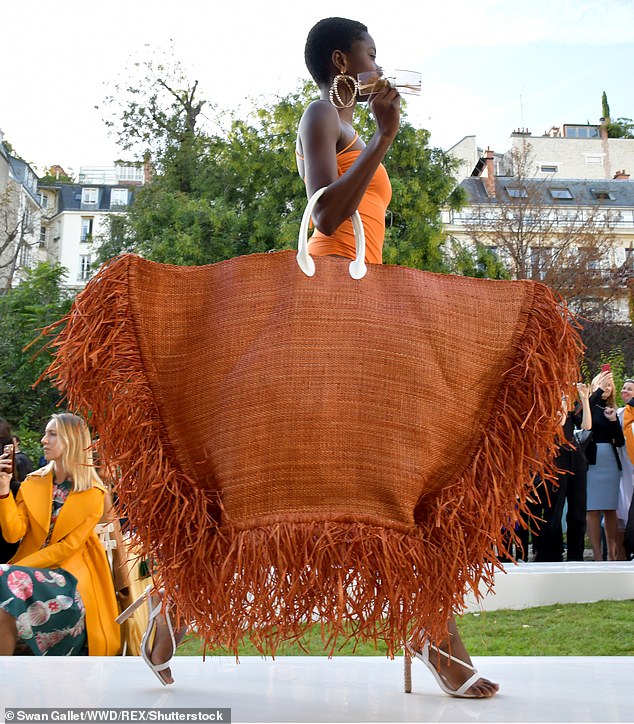 Imagine trying to find your phone in that! Jacquemus – the label behind the giant straw hat, known as La Bomba, that took over Instagram this summer – sent a model down its Paris runway toting a truly enormous beach bag 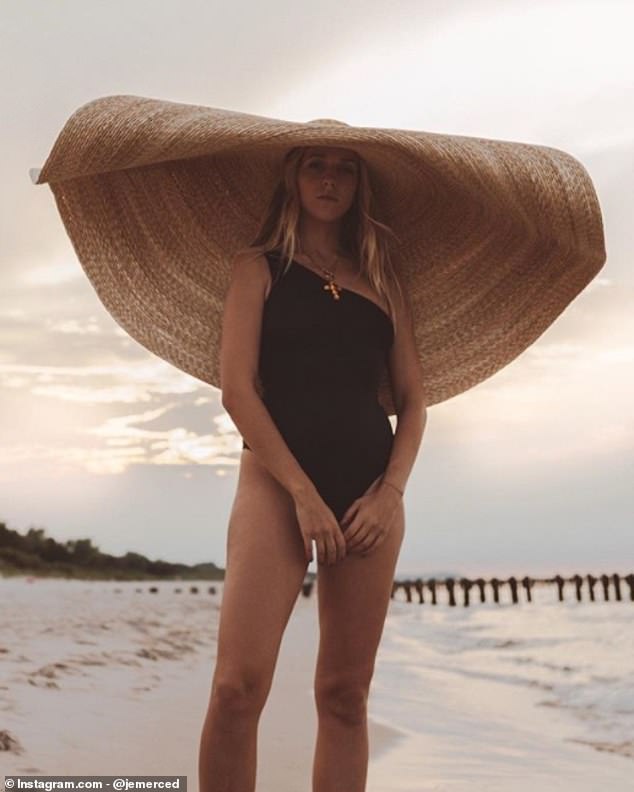 Blogger Jessica Mercedes Kirschner in the ‘La Bomba’ hat by Jacquemus – which swept Instagram over the summer months and has been seen on Emily Ratajkowski, Rihanna and Jessica Chastain

‘The new beach bag shown at Paris fashion week is likely to be the new hit with the Insta A list and those wishing to make a huge style statement… quite literally.

‘I’m expecting to see large hats and beach bags arrive on the high street for next summer – as the designer has made such a huge impact it would be hard to ignore the demand for the oversized accessories.’

The buzz around Jacquemus’ huge straw hat began to build in early summer, and kicked into high gear when the Danish actress and model Emma Leth chose to wear the dramatic accessory to walk down the aisle.

The actress and model teamed the hat with a sheer lace gown for her romantic outdoor ceremony in Paris at the start of June. 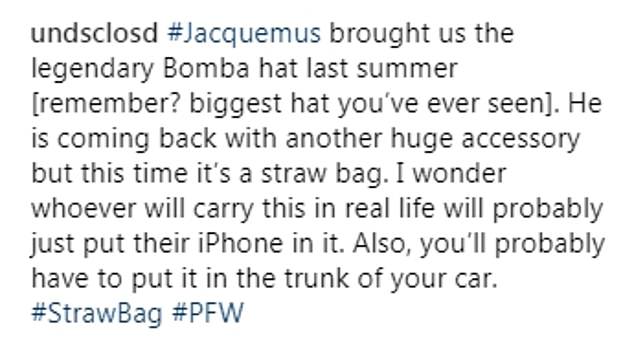 Style blogs are already predicting big things for the bag, which was drew attention from the model’s assymetric swimsuit on the catwalk in Paris

Simon Porte Jacquemus has become the toast of the industry aged just 28, thanks to his ability to turn an offbeat accessory into an insider must-have – from sculptural heels to that viral hat.

And since he sent his beach bags big enough to fit an entire family in down the runway, Vogue has already declared them ‘the latest must have for the jet-set’. 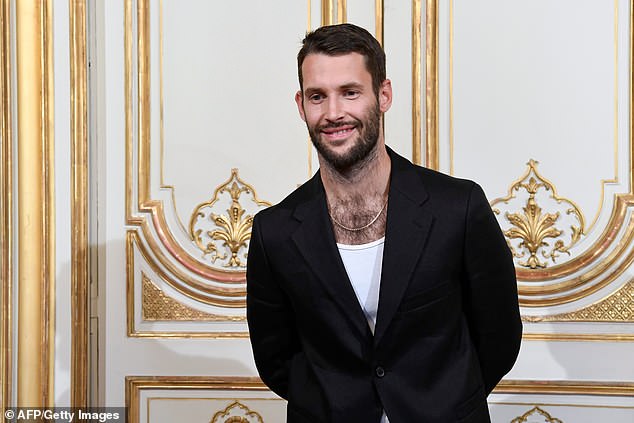