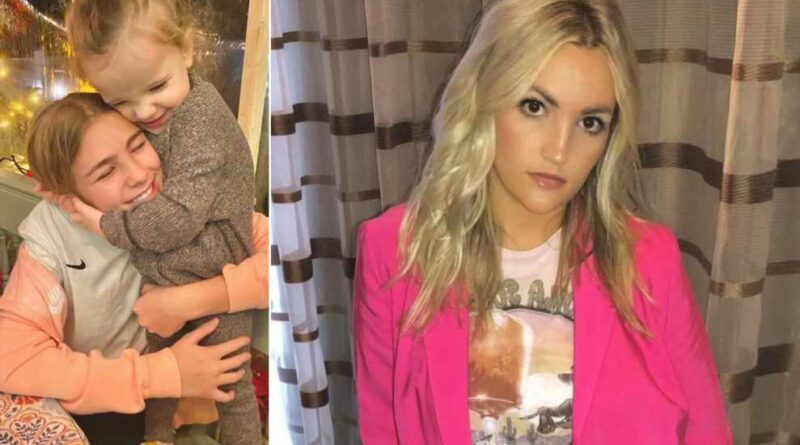 Jamie Lynn, 30, took to Instagram Friday in an attempt to end threats she claims she and daughters Maddie, 13, and Ivey, 3, have received in the wake of Britney Spears’ bombshell testimony about her conservatorship last week.

While the former Nickelodeon star doesn’t specify where the vitriool is coming from, fans of the “Womanizer” singer seemingly have an issue with how long it took Jamie to issue a public statement of support for her sister. Fans have also raised the question of whether Jamie Lynn knew just how bad Britney’s conservatorship was, and chose to remain silent for 13 years. 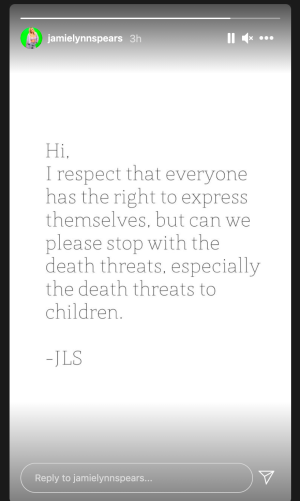 On Monday, the former “Zoey 101” star broke her silence, claiming she had good reason to allow her pop star sibling to tell her own story.

“The only reason I haven’t [spoken] before is because I felt like until my sister was able to speak for herself and say what she felt she needed to say publicly, that it wasn’t my place and it wasn’t the right thing to do,” the actress began.

“I think it’s extremely clear since the day I was born that I’ve only loved, adored and supported my sister. I mean, this is my freaking big sister, before any of this bulls–t. I don’t care if she wants to run away to a rainforest and have a zillion babies in the middle of nowhere, or if she wants to come back and dominate the world the way she has so many times before, because I have nothing to gain or lose either way,” Jamie Lynn said.

“This situation does not affect me either way because I am only her sister, who is only concerned about her happiness.”

Britney made her first address to the court regarding her conservatorship on June 23, alleging — among other things — that she was prevented from having children by the conservatorship and calling it “abusive.”

“It’s my wish and my dream for all of this to end,” she added.

Since Britney’s testimony, a number of celebs have shown their support, including Jamie Lynn’s former “Zoey 101” co-stars.

The Los Angeles Superior Court has yet to make a ruling based on Spears’ latest testimony but did deny a previous request she filed in November to have her father removed from her conservatorship.