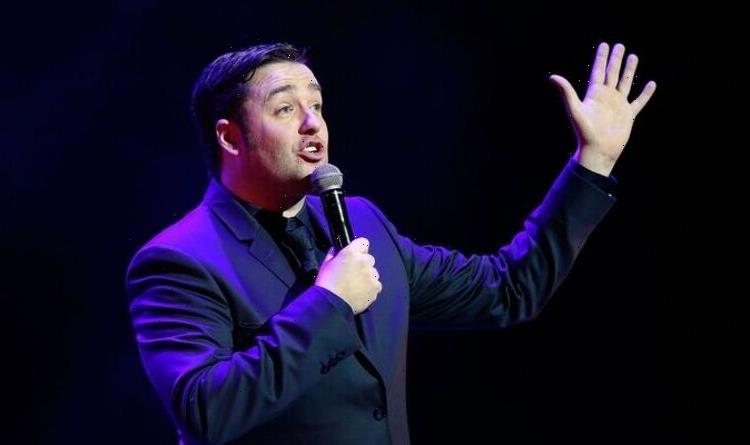 Maya Jama gets John Bishop and Jason Manford to twerk

Jason Manford is currently judging Starstruck alongside Beverley Knight, Sheridan Smith and Adam Lambert. The comedian turned actor and presenter has become one of the nation’s favourite funny men.

According to Celebrity Net Worth, Jason Manford has $2million in the bank.

This is equivalent to approximately £1.47million.

The 40-year-old is best known for being featured on comedy panel shows such as Channel 4’s 8 Out of 10 Cats.

Jason came from humble beginnings, and actually started his career whilst working as a glass collector at a local pub.

After watching comedy club legends such as Eddie Izzard, Peter Kay and Johnny Vegas perform, he studied for a High National Diploma in media and performance at the University of Salford.

The person who inspired him to do this was none other than Peter Kay, who, according to Celebrity Net Worth, has $70million in the bank.

This is equal to around £51.5million.

Since his studies, Jason has become a household name, appearing on TV shows such as 8 Out of 10 Cats, The One Show, Odd One In, Show Me The Funny, A Question of Sport, Ordinary Lies and What Would Your Kid Do?

In 2020, he came in second place as The Masked Singer, and in February 2022, appeared in the final alongside Natalie Imbruglia.

According to the Daily Mail, Jason impressively doubled his fortune in just one year.

He did this by selling off a large majority of his 10-property empire.

Over the coronavirus pandemic, Jason offered his services to Iceland as a delivery driver.

Donating his wages to charity, it’s clear his wealth comes with great generosity.

He had contacted Tesco and asked if he could help join the “wartime” effort, however, they rejected his application.

He joked: “Absolutely livid Tesco. I was only trying to do my bit.”

While he did do his bit during the pandemic, he is more famous for his comedy than his delivery driving.

He is currently touring, with many sold-out shows in the UK.

Some of his past tours included Turning Into My Dad, First World Problems, Muddle Class and Like Me.

He even penned an autobiography, Brung Up Proper, in 2011.

Reportedly single after his divorce from ex-wife Lucy Dyke, the comedian has four daughters.