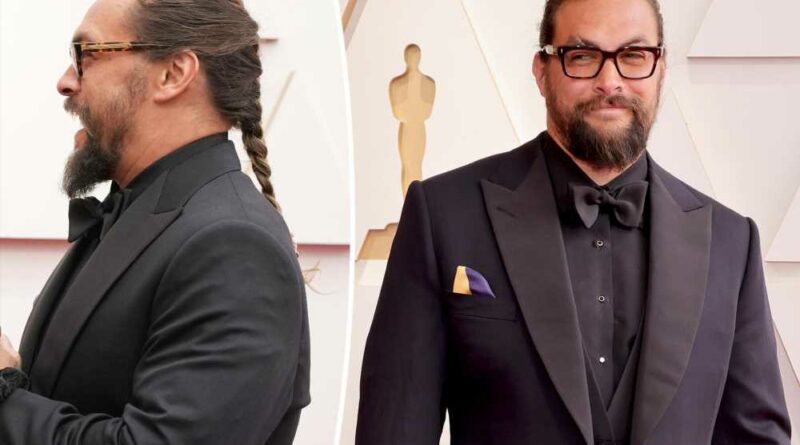 Talk about a statement accessory.

Jason Momoa showed his support for suffering Ukrainians amid the Russian invasion by wearing the country’s colors on the 2022 Oscars red carpet on Sunday.

The “Dune” star looked suave in a black-and-blue tuxedo by Henry Poole, but the real focal point of his outfit was his blue-and-yellow pocket square, a nod to the colors of the Ukraine flag.

“Glory to Ukraine,” he told reporters on the scene.

Momoa, 42, also pulled his flowing locks back in a braid and accessorized with a bow tie and square-frame glasses.

Fans of the “Aquaman” star flocked to Twitter to gush over his red carpet look. 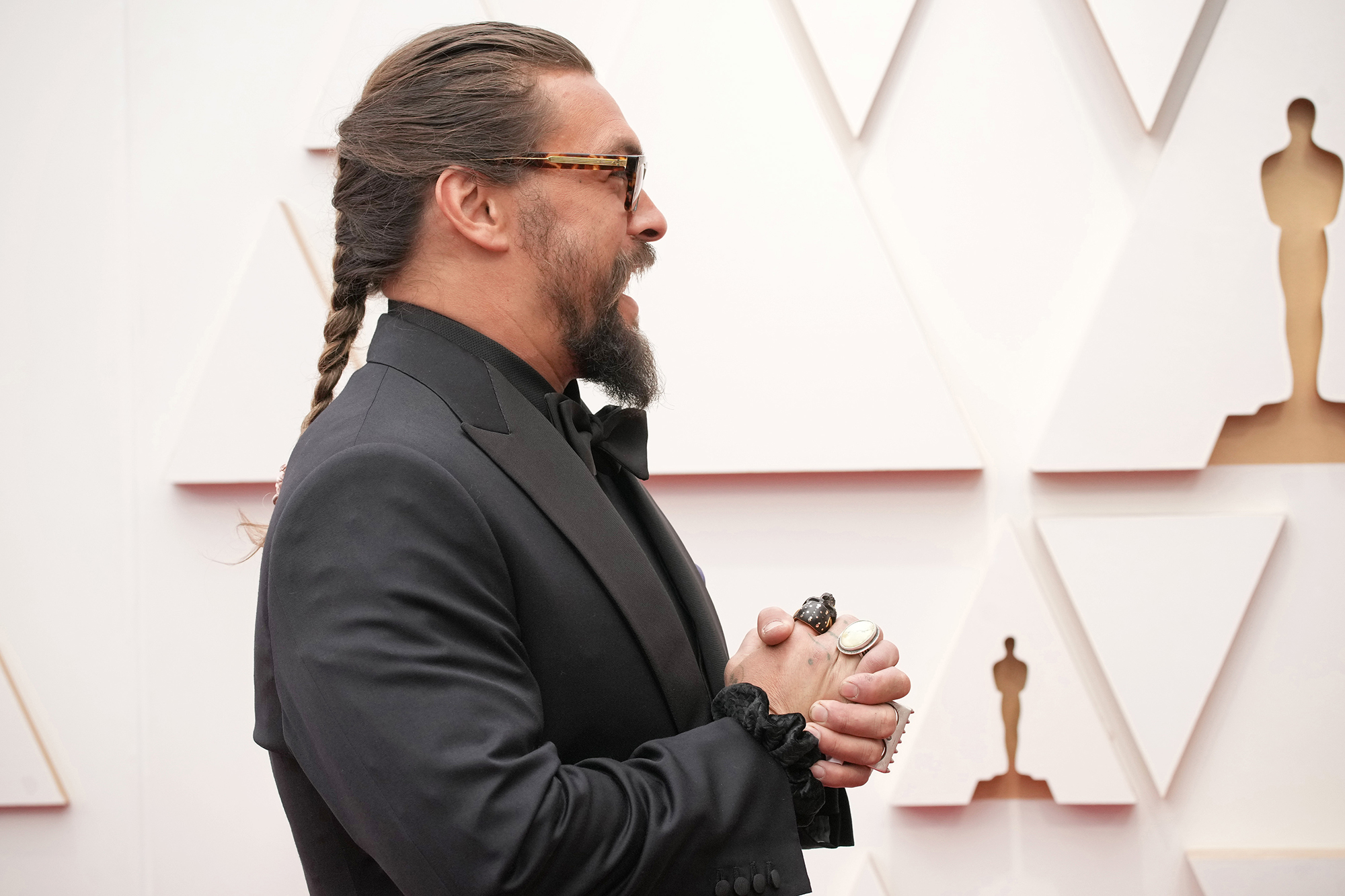 “I am here for Jason Momoa rocking the French braid and Ukraine flag pocket square,” a second person wrote.

“Jason Momoa with the same french braid I gave my American Girl doll in 1997,” someone joked. 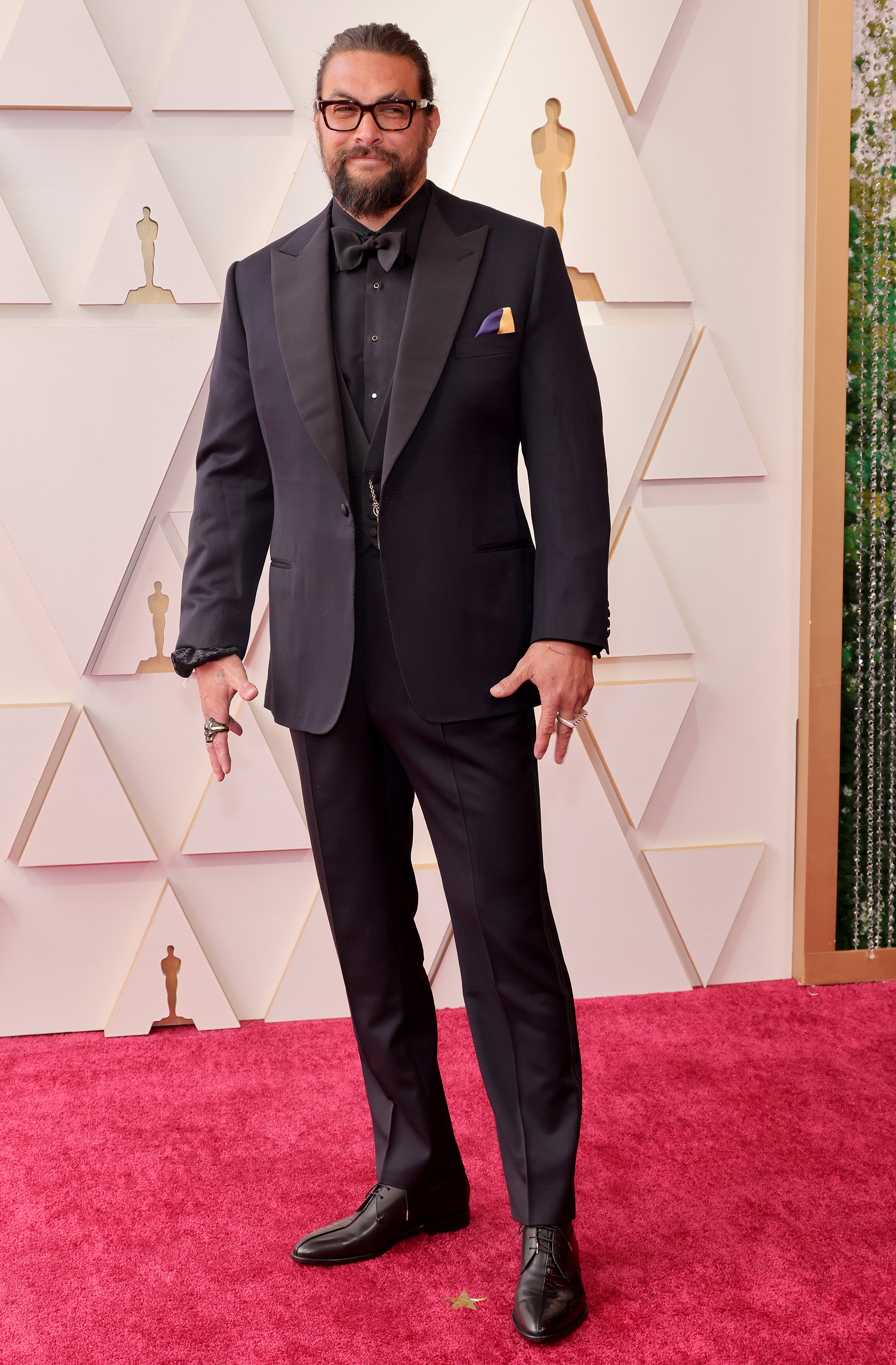 Momoa attended the star-studded award show stag, despite rumors that he and Lisa Bonet have reconciled. Momoa announced in January that he and Bonet were separating after 17 years together and four years of marriage.

“We have all felt the squeeze and changes of these transformational times. A revolution is unfolding and our family is of no exception,” he wrote in a since-deleted Instagram post at the time. 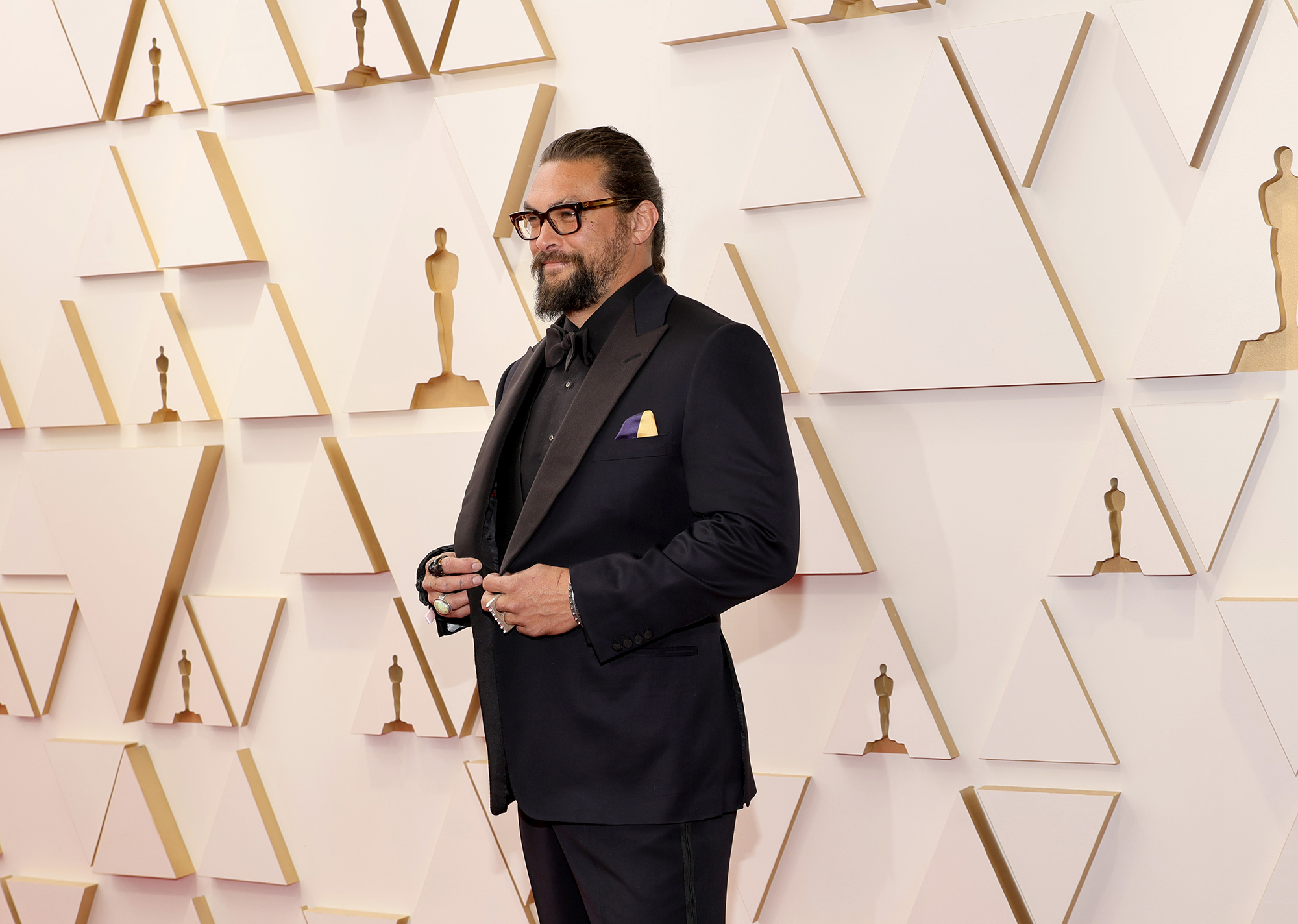 But rumors have been swirling that the duo is giving it another go, with a source telling Hollywood Life in February, “They decided to work on things rather than throw in the towel because they have so much invested in each other.”