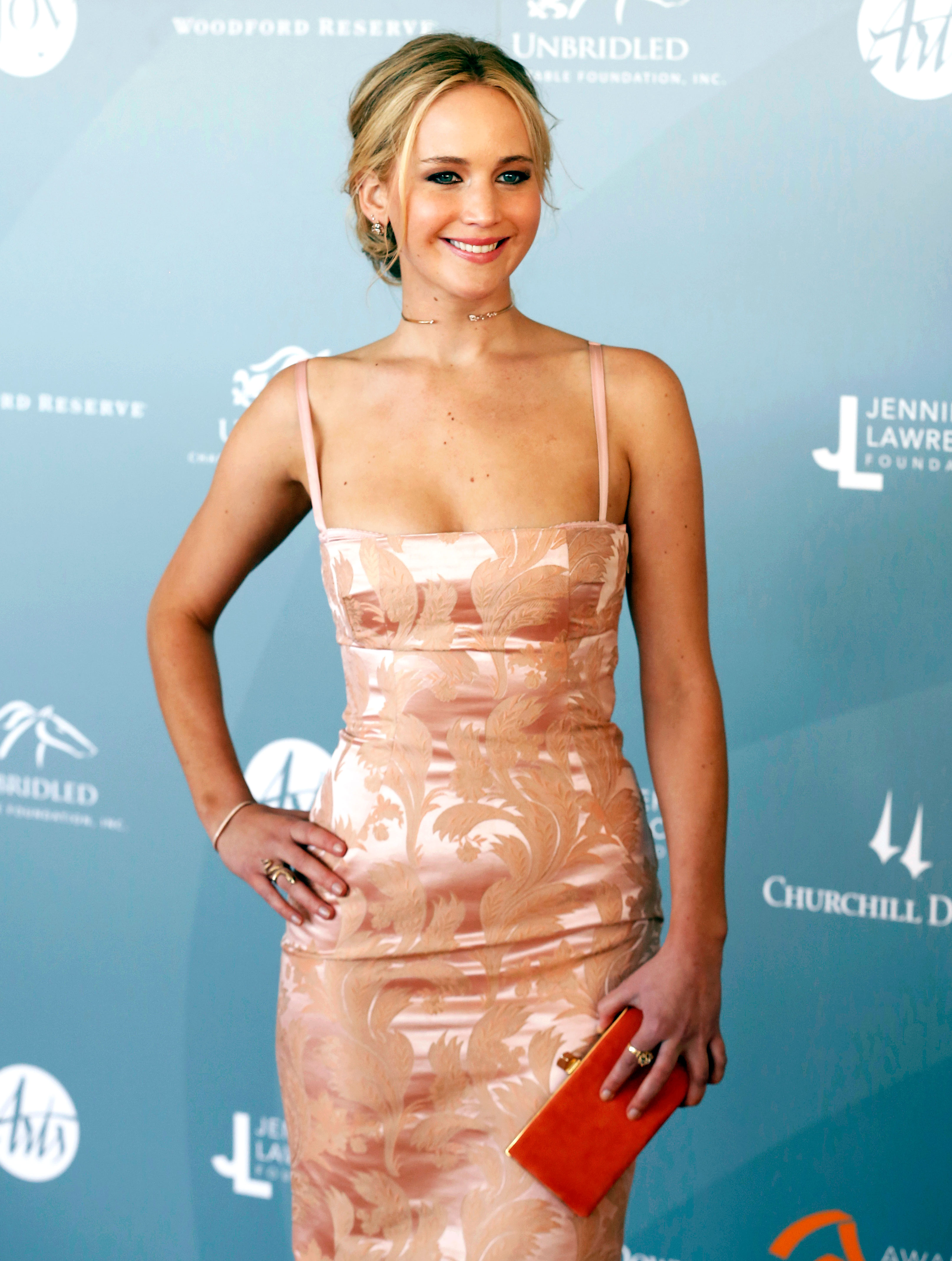 We’ll be damned if Jennifer Lawrence isn’t the realest girl in Hollywood. Case in point: the actress appeared in a sultry Dolce & Gabbana frock to attend a Pre-Derby fete to benefit her philanthropic endeavor, The Jennifer Lawrence Arts Fund,part of the Jennifer Lawrence Foundation, in Louisville, Kentucky on Saturday, April 28. But the catch? She had a wardrobe malfunction that many of us have been through.

Happy Birthday, Gal Gadot! See How Her Red Carpet Style Has Evolved in the Fashion Spotlight

File under relatable: Lawrence’s nude brocade bustier dress had a stain on it. From pizza. We may not all be able to say we’ve fallen onstage while receiving an Oscar, but at some point in our lives we’ve all had to rock an outfit that had some cheesy tomato grease on it. But, because she’s J-Law, she handled her real-girl woe with grace in her couture. Instead of letting the mishap ruin her moment, Lawrence posed with her clutch in front of the mark, forcing us to hold back on the “clutch player” puns.

Turns out, there was more drama to this story. According to Page Six, the Hunger Games star actually forgot the dress in question in New York City which meant she had to fly it in only to discover the pizza-related SNAFU. It just goes to show, no one is above a not-so-glamorous outfit moment.

Now that we’ve all absorbed this incredible story, let’s just take the time to appreciate how good this look really was. The dress was sultry but still daytime appropriate — a quality Lawrence emphasized by wearing midi-heel black sandals. And, of course, there was the stain-shielding purse, which made for a nice pop of color. To finish the look: a twisted updo, a clean defined eyeshadow look and a glossy pink lip.

Next time you have a wardrobe issue, think “what would J-Law do?” and use your accessories as a distraction.