Young casual workers laid off because they did not qualify for JobKeeper are primed to benefit from the government's $200 weekly JobMaker hiring subsidies.

More than half a million casuals lost work at the height of the pandemic leaving them without access to JobSeeker rather than JobKeeper, which required 12 months work at the same place. 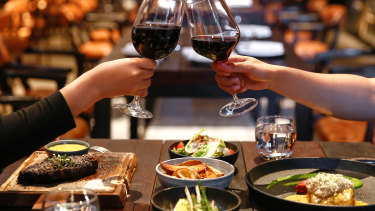 Professor Mark Wooden cautioned that businesses hiring would be capped by their customers’ demand.Credit:iStock

Economist Mark Wooden said that created a pool of potential beneficiaries for JobMaker, which excludes those on JobKeeper, suggesting union fears existing casuals would lose out under the scheme could be misplaced.

But he cautioned the scheme would have a limited impact because business hiring was largely determined by demand, which the pandemic was restricting. Where businesses were hiring, Professor Wooden said, the government risked giving away windfall gains to firms that would take up new workers regardless.

"You are probably spending a lot to give money to people who would've hired anyway," said Professor Wooden, who is a government-appointed member of the panel that sets the minimum wage.

Professor Wooden agreed the design of JobMaker could encourage underemployment, a pervasive problem even before the pandemic, where workers have fewer hours than they would like. But he said it was better to have people back in the workforce than unemployed.

Between February and May this year Australian Bureau of Statistics figures suggest more than 500,000 casuals lost their jobs because of the coronavirus and only about 200,000 had returned by August. Analysis by the left-wing Australia Institute attributed much of the loss of casual employment to the design of JobKeeper.

Under the Treasury's rules for JobMaker, only jobs that increase a business's headcount are eligible for the payments, which are $200 a week for people aged 16-29 and $100 a week for 30-35-year-olds, making it harder for companies to game the system.

National Retailers Association chief executive Dominique Lamb said the incentive was a welcome measure and would not change the demographics of which applicants win jobs in her industry.

"The reality for retail is we [already have] a highly casualised and part-time workforce," Ms Lamb said. "We're already a large employer of youth."