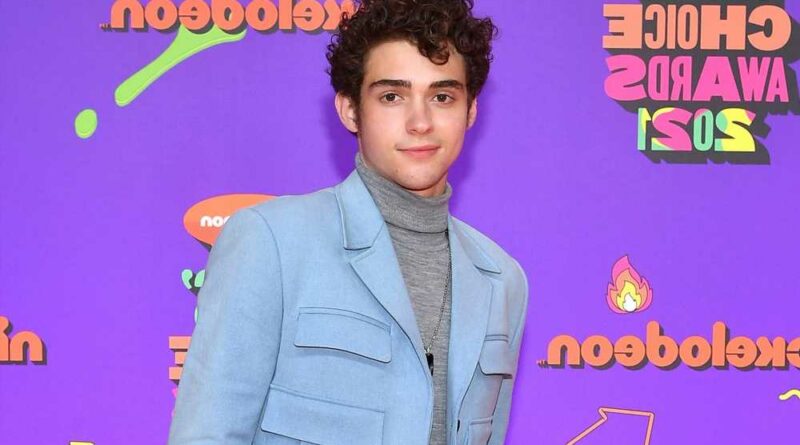 Lea DeLaria recalls being ‘majorly gay-bashed’ at 24, ending up in hospital

Joshua Bassett confirmed that he’s part of the LGBTQIA+ community and said he’s ready to “live [his] truth.”

The “High School Musical: The Musical: The Series” actor said in a new interview with GQ that he “wasn’t joking” last month when he vaguely addressed his sexuality after calling Harry Styles “hot” in an interview.

“I stood behind every word that I said…even if there are consequences, I would much rather deal with consequences and live my truth than live in fear,” he told the magazine.

The 20-year-old singer also told GQ that he is still figuring out how to address his sexuality, but he is “anti-coming out in the sense that there’s no need to.”

“There are plenty of letters in the alphabet… Why bother rushing to a conclusion? Sometimes your letter changes, sometimes you try a different one, other times you realize you’re not what you thought you were, or maybe you always knew.

“All of these can be true. I’m happy to be a part of the LGBTQ+ community because they embrace all. Don’t let anyone tell you love isn’t love. They’re the ones who probably need it the most,” he said, adding, “I think nothing is more powerful than speaking the truth.”

Tearing up during the interview, he also said he hopes this generation can speak openly about sexuality and not have their label all figured out.

“It makes me emotional. I didn’t necessarily have that when I was younger. I didn’t have a me saying stuff like this,” he said. “I’m very at peace. I’m celebrating Pride all month long.”

Following his Harry Styles comment, Bassett penned a note on social media, thanking fans who stand for “love and acceptance.” He ended his note with a series of rainbow heart emojis.

Despite preaching to speak the truth, when the magazine asked about headlines that he was entangled in a love triangle with co-star Olivia Rodrigo and actress Sabrina Carpenter, he quickly changed his tune.

“I refuse to feed into any of the bullshit, so I just don’t,” he said.

“[Everyone] is asking me about Sabrina and Olivia,” he continued. “Why don’t we focus on these women for who they are? Let’s focus on the art that they’re making and how great they are instead of their relationship to a boy.”