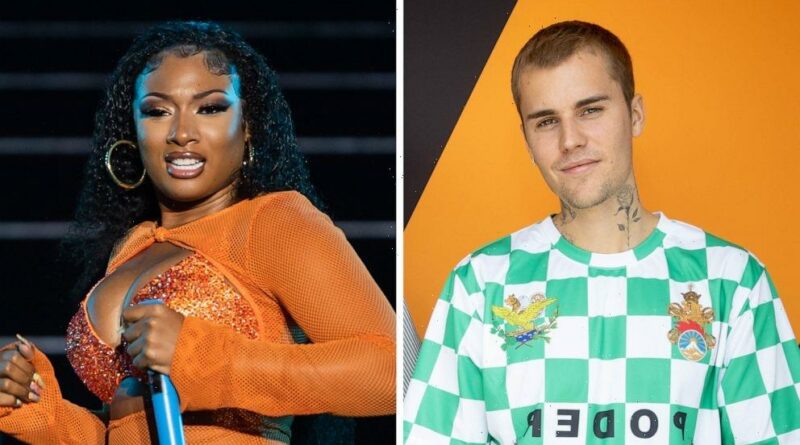 Justin Bieber and Megan Thee Stallion lead the nominations for the 2021 MTV VMAs.

MTV announced the full list of nominees for this year’s Video Music Awards on Wednesday, with the awards show set to take place Sunday, Sept. 12, from Brooklyn’s Barclays Center.

Bieber tops the list with the most nominations, earning seven in total. In addition to a nod for artist of the year, the Canadian singer’s song “Peaches,” featuring Daniel Caesar and Giveon, is nominated for best collaboration, best pop and best editing. DJ Khaled’s song “POPSTAR,” featuring Drake, helped snag Bieber, who stars in the music video, two additional nods, for video of the year and best direction. Beiber’s song “Holy,” featuring Chance the Rapper, was also nominated for best cinematography.

Megan Thee Stallion earned six nominations, including one for artist of the year and four for “WAP,” her mega-hit with Cardi B, in the video of the year, song of the year, best collaboration and best hip-hop categories. Her collab with Lil Baby, the remix for his song “On Me,” also snagged a mention for best hip-hop.

Fans can vote for their favorite artists in various categories — including video of the year, artist of the year and more — at vma.mtv.com now through Friday, Sept. 3. Voting for best new artist remains active until during the awards show.

Nominations for social categories, including best group and song of summer, will be announced at a later date.

Check out the full list of nominations for the 2021 MTV VMAs here:

VIDEO OF THE YEAR

ARTIST OF THE YEAR

SONG OF THE YEAR

PUSH PERFORMANCE OF THE YEAR