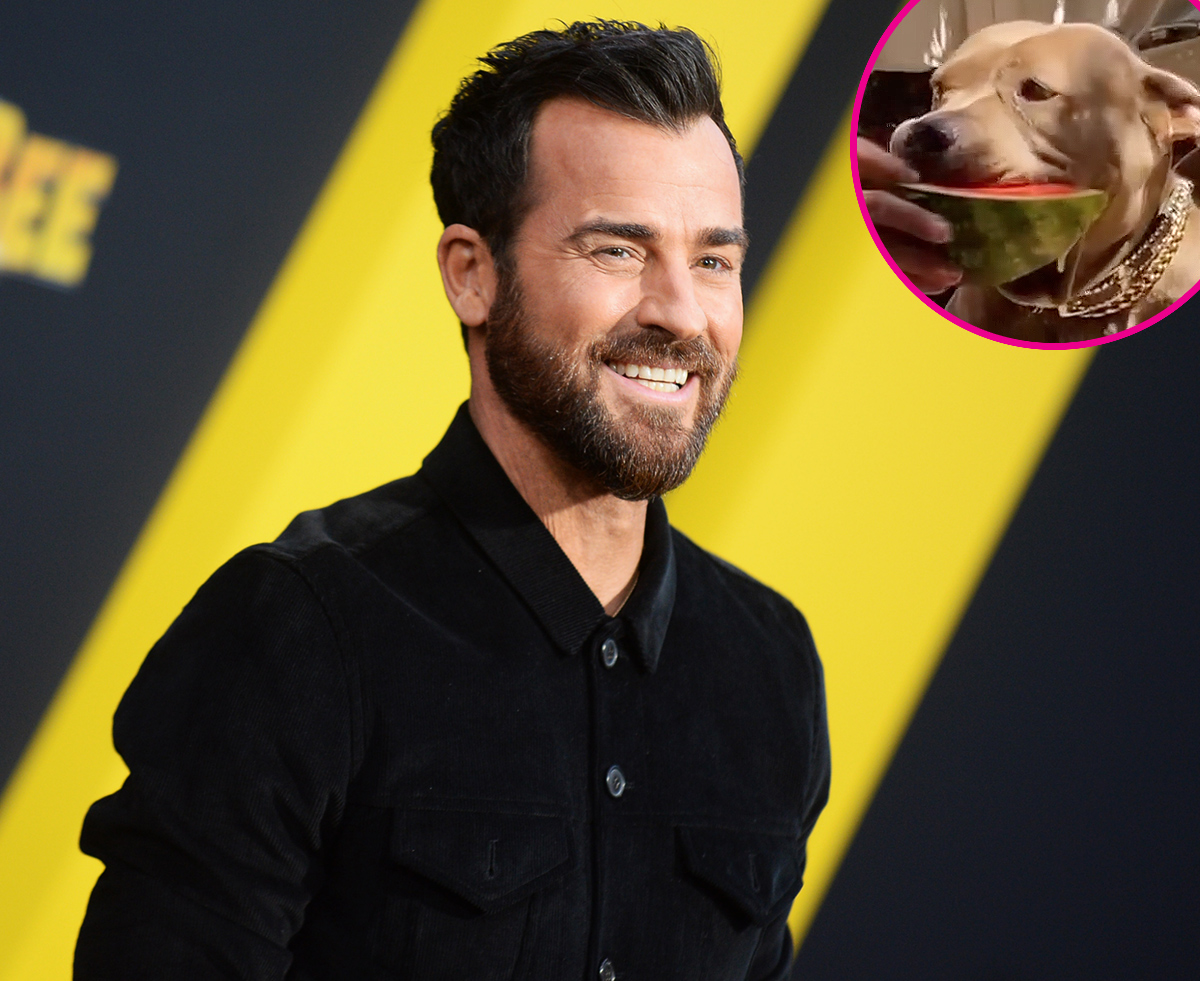 The Leftovers alum, 48, took to his Instagram Stories to share a series of clips of himself showing Kuma, a pit bull mix, how to properly eat watermelon. In the first clip, Theroux held the fruit out in front of his dog’s face before eventually placing it on the ground. Confused, Kuma started to lick the watermelon slice but didn’t seem all that interested in it.

Then the Wanderlust star, who had his own piece of watermelon, took a bite of his slice and the hurricane Harvey rescue seemingly caught on, nibbling on her portion of the fruit.

As his canine companion chomped away, tearing bits of watermelon flesh from the rind, Theroux wrote, “You got this!” 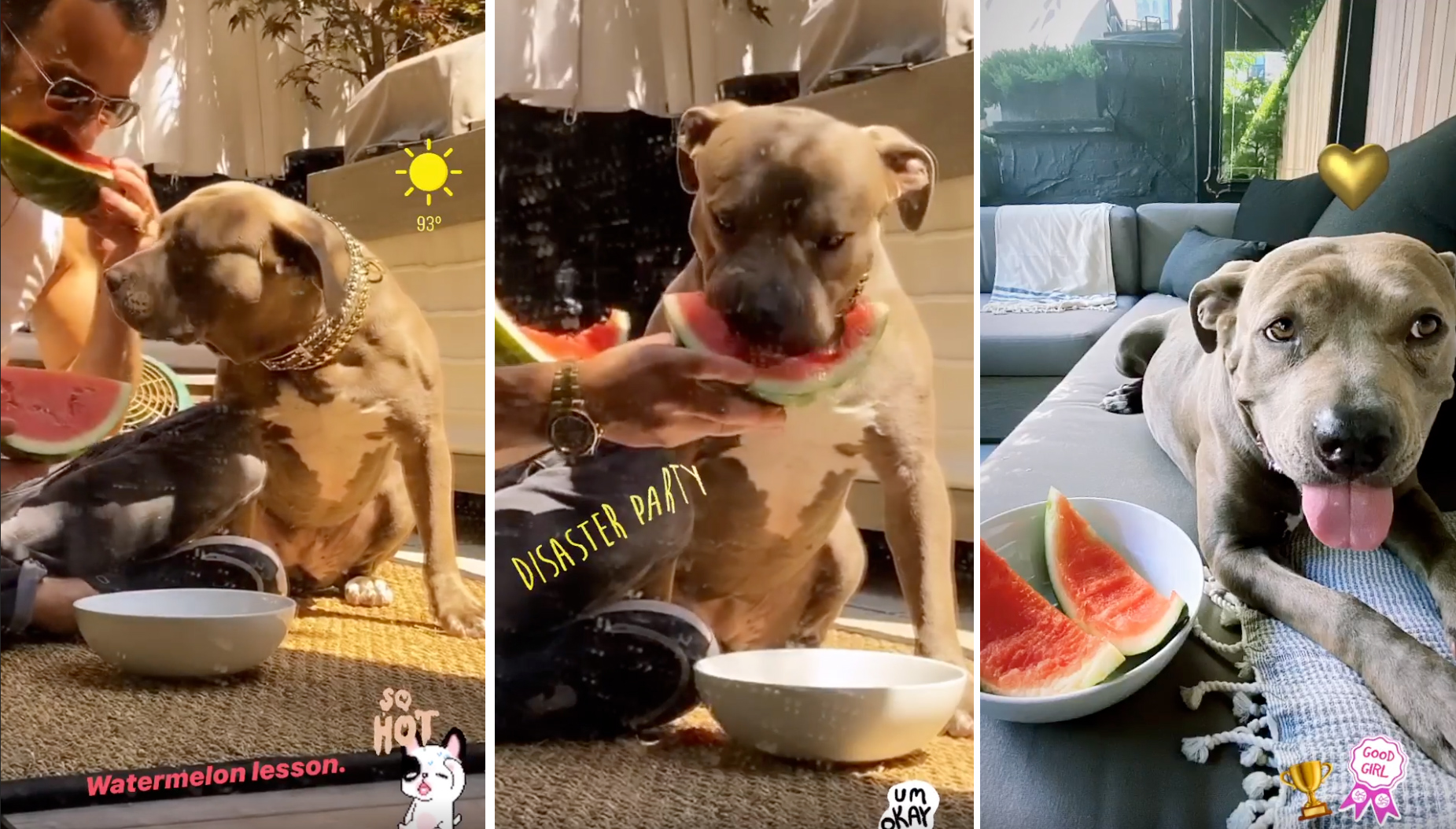 Hollywood Love! Hottest Couples Who Fell in Love on Set

At one point, Theroux even had to put a dish underneath the dog’s mouth in order to catch her drool. Still, he deemed the activity both a “win” and a “success.” This “watermelon lesson,” as the Girl on the Train star dubbed it, took place outside in 93-degree heat.

Once the lesson was complete, the Parks and Recreation alum posted a photo of his star student next to two finished watermelon slices and declared that she was a “good girl.”

Since the start of the coronavirus quarantine in March, Theroux and Kuma, whom the actor adopted in June 2018, have enjoyed several elaborate meals together. In April, the duo shared a candlelit pasta dinner by the fire and the following month they chowed down on a quesadilla, guacamole and rice together as part of an elaborate Cinco de Mayo spread.

Since Kuma came into his life, Theroux who divorced Jennifer Aniston in 2018, has been very close to his lovable pet. In fact, she was even on hand when the Maniac star celebrated the opening of his New York City bar, Ray’s, in July 2019. According to Us Weekly, Theroux happily took a selfie with at least one patron while keeping a watchful eye on the pooch, who was on a leash inside.