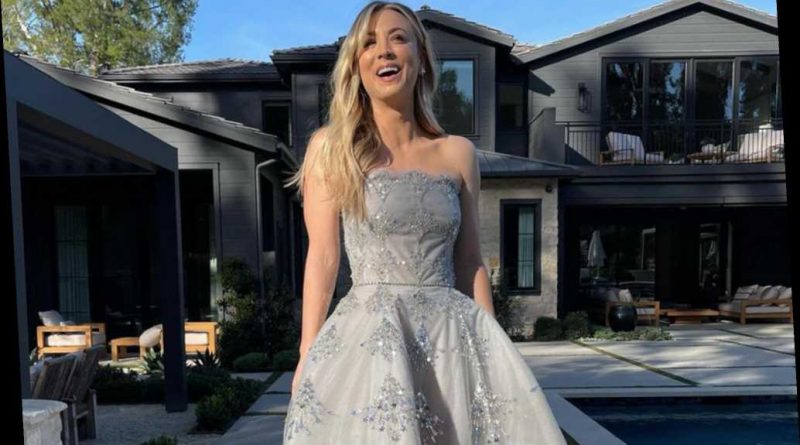 Kaley Cuoco looked — and felt — like Cinderella at the 2021 Golden Globes.

“[Stylist] Brad [Goreski] told me she cried when she put it on,” Zanna Roberts Rassi said on “Live from E!: Golden Globes” on Sunday.

Cuoco is celebrating at home with her husband, Karl Cook, who surprised the actress by flying home from the Winter Equestrian Festival on Saturday ahead of the awards show.