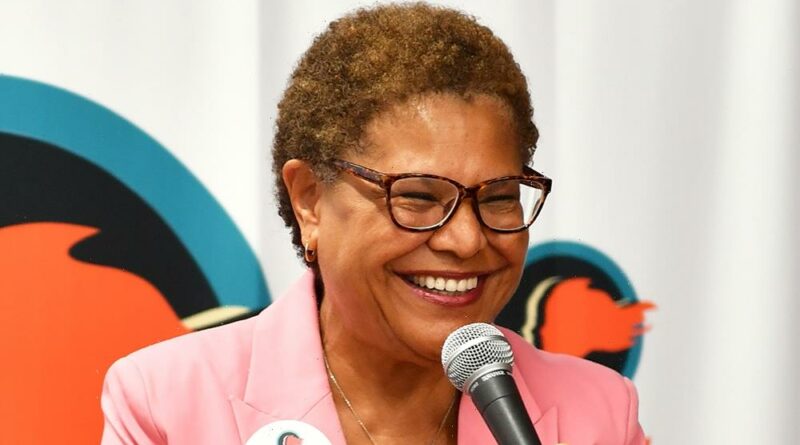 Karen Bass has been elected the 43rd mayor of Los Angeles, and the first woman, the Associated Press projected on Wednesday.

She said that work has already begun to tackle homelessness and crime. And she vowed that “Los Angeles is no longer going to be unaffordable for working families — good jobs and affordable housing construction are on the way.”

Bass holds a 6.1% lead over Caruso as of the latest update on Wednesday afternoon, with a margin of 46,578 votes. More than 200,000 ballots remain to be counted, but as Bass has widened her margin the chance of a Caruso comeback became increasingly remote.

Caruso sent a message to his supporters on Wednesday afternoon acknowledging that “we came up short.”

“There will be more to come from the movement we created,” he promised.

Bass, a six-term congresswoman from South L.A., was the favorite of the Democratic Party, with endorsements from President Biden and former President Obama, among many other party leaders. Caruso, the billionaire mall magnate, spent more than $100 million of his own money on his campaign.

Mark Gonzalez, the chair of the L.A. County Democratic Party, said in a statement that the “voters clearly spoke up to reject an attempt to buy this race.”

Bass centered her campaign on her strong ties to the Democratic Party and her pro-choice record, and sought to portray Caruso as a pro-choice Republican. Caruso switched his party affiliation to Democrat shortly before entering the race in February.

She also touted her plans to address the city’s homelessness crisis, saying she would declare a state of emergency.