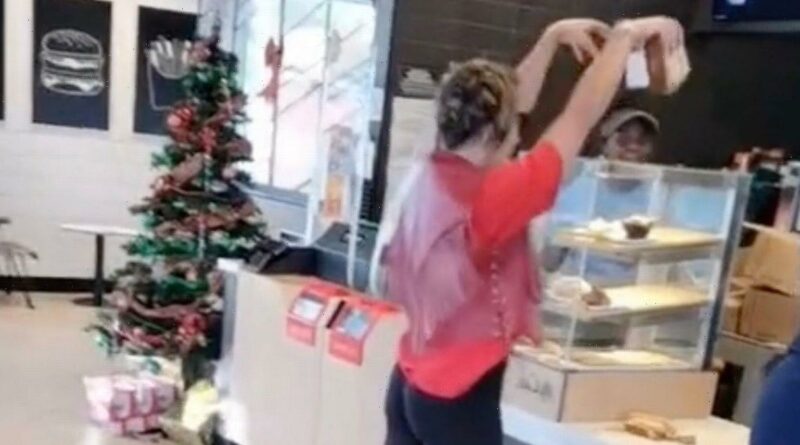 A woman caused a scene at McDonald's after furiously complaining of "too much ketchup" – despite asking for extra sauce.

The drama unfolded inside a branch of the fast food chain in the US earlier this week.

The customer was branded a "Karen" for complaining about a request she had made while ordering the meal.

"A rare Ketchup Karen in her nautral habitat," the video was captioned.

The clip shows a blonde woman in sunglasses and a red leather vest walking to the order counter and asking to see the manager.

She takes a burger out of the box and says: "I asked for extra ketchup, and I got – what is this?"

The angry customer then lifts the bun to show what's inside the burger before slamming it on the table.

"What is this? This has so much ketchup!" she yelled. "I can't eat that. Are you making fun of me because I'm on a diet?"

The manager and two other employees took a step back and asked the woman to calm down.

TikTokers were confused and struggled to understand the woman's complaint.

A person commented: "If you are on a diet, why are you at McDonald's?"

"I asked for what I got and now I'm mad. Wish they did that much extra when I asked for extra Mac sauce," a second teased.

Others said the drama could just be a skit as the woman was acting "way too animated".

"She even dressed to coordinate with the ketchup emergencies," another noticed.

But some praised the manager for handling the situation with grace.

A viewer wrote: "The manager deserves a raise! For sure!"

"Okay but ketchup is literally the easiest part to wipe off! I love that she checked her and told her to clean it up though," another added.