Home » Lifestyle » Kathy Lette: When it comes to sex, Jane Fonda is going against the trend

Middle-aged couples are being encouraged not to forget to have sex because it's good for your memory … Sorry, what was I saying again? But seriously, forget ginseng tablets, fish oil capsules, Sudoku puzzles and cryptic crosswords – scientists now maintain that those who have sex more often score higher for cognitive brain function.

I've always thought there's a lot to be said for celibacy and most of it begins with "Why me?!" Clearly sex is a lot like oxygen – no big deal unless you're not getting any. 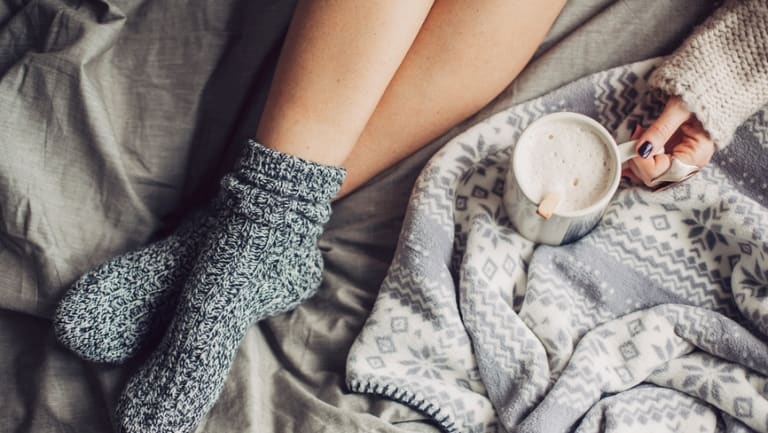 If it werenʼt for department-store bra fittings, most married women wouldnʼt have any sex life.

Someone had better tell Jane Fonda, who recently made headlines by announcing that, at 80 years old, she's given up on dating and is "shutting up shop down there".

By changing the sign on her knickers from "Open" to "Closed", Jane is going against the trend. The world's eyebrows were raised recently by reports that sexually transmitted disease is rampant in retirement homes. Thanks to HRT, Viagra, no possibility of pregnancy or need for commitment, it would seem that many older people are having more sex than the rest of us. After all, psychologists have suggested that millennials have been brought up in a culture of hypersexuality which has bred a fear of intimacy, and middle-aged married couples are just exhausted.

I do all my research in an in-depth, scientific fashion – over cocktails with girlfriends – and what I've gleaned is that once babies come along, the only thing most couples give each other between the sheets is an anti-climax.

A wife's disinclination for carnal activity is clearly the consequence of bone-numbing fatigue. Even though women make up 50 per cent of the workforce, we're still doing about 99 per cent of all the housework and childcare.

Working mums juggle so much we could be in Cirque du Soleil. After a busy day, a fatigued mum races home to whip up a lasagne, find the lost sports kit, help make a spaceship out of Paddle Pop sticks, sew tinsel onto a fairy costume for an overdue homework assignment, finish the ironing, put the wash on, clean up the kitchen, read all the bedtime stories, and so on.

By the time she finally slumps into bed, the one thing she's fantasising about is sleep. And oh, how her heart sinks when she's just sliding into slumber then suddenly feels The Hand creeping across the sheets.

Men make horror movies called Psycho, or The Shining. What terrorises women – well, weary mothers at least – is The Hand.

It would appear that your hubby, the man who hasn't spoken to you all night nor helped with the dishes, thinks that you're in the mood for love. You're in the mood to garrotte him with the leftover tinsel you've accidentally glued to your chin.

And yet, he hasn't noticed. He's just prodding away at your clitoris as though it's an elevator button and he's running late for a meeting. All a weary wife wants to say is "Take the stairs!" There's so much emphasis on women faking orgasms, but what about men faking foreplay?

Is it any wonder that reclusive Trappist yogis living in caves could ring up married couples for tips on celibacy? If it weren't for department-store bra fittings, most married women wouldn't have any sex life. It's a chronic case of pre-coital depression.

But don't despair. Having quizzed female friends in their 60s, the good news is that once the kids leave home, carnal appetites rekindle. It's like when it slips your mind that you've put your windscreen wipers on intermittent. You've forgotten all about it and then – whoosh!

Plus knowing how good sex is for our memories is quite an incentive. We just have to remember to have it.