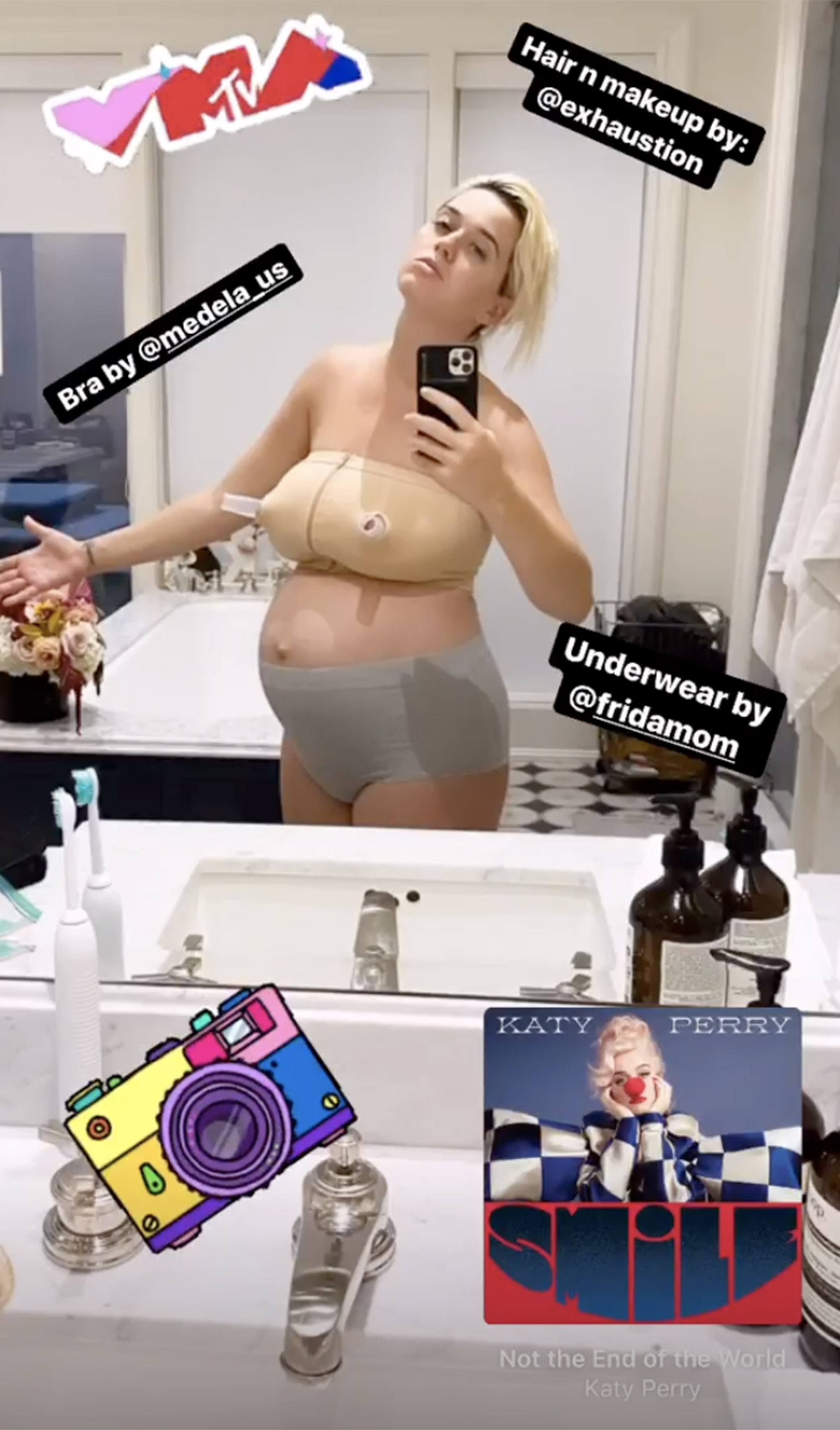 Katy Perry struck a pose in underwear and a pumping bra just days after giving birth.

“Hair n makeup by @exhaustion,” Perry jokingly captioned the post on her Instagram story, also giving shoutouts to breast pump brand Medela for her pumping bra and Frida Mom for her postpartum underwear.

Perry also noted the name of her new song, “Not the End of the World,” in the photo.

Last week, Perry and Bloom, 43, announced the birth of their first child, sharing a black-and-white photo of their little one’s hand on Instagram.

Perry, who revealed her pregnancy in March, has been engaged to Bloom since February 2019.

Although Perry has been part of the VMAs in the past, this year’s ceremony looked vastly different due in part to the COVID-19 pandemic. Page Six exclusively revealed Sunday that many of the show’s performances, award presentations and red carpet interviews had been pre-recorded