This week, The Age and Sydney Morning Herald's critics reviewed Katy Perry's Smile, Bright Eyes' Down in the Weeds Where the World Once Was, Bill Laswell's Against Empire and Derek Jones and Cameron Roberts' Flute Perspectives Volume 2. 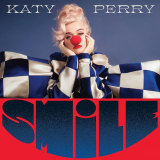 There are some high points in Perry’s sixth studio album: on tracks Teary Eyes, Harleys in Hawaii and Champagne Problems.

For almost 12 years Katy Perry has endured the spotlight, narrating in excruciating detail the victories, pitfalls and banalities of her life through music. Unlike previous records, Perry's sixth studio album is remarkably honest as we follow her into the next chapter of her life.

In May she revealed her first pregnancy in the video for lead single, Daisies. The triumphant stadium pop song follows a formula Perry has relied on for more than a decade: bellowing vocals tempered by soaring melodies that, despite her best efforts, fall flat. Insincerity is a problem that's plagued the singer throughout her career, although this time she is striving for more – and she achieves it on Teary Eyes, Harleys in Hawaii and, in detailing the traps of fame, on Champagne Problems.

Perry is surprisingly indulgent with the details of her highly publicised, yet extremely private relationship, as she meditates on the warm glow of true love (Only Love). But saccharine moments like Never Really Over and Tucked ring hollow. In July on Instagram Perry promised an album about her "journey towards the light". These are lofty ambitions for a star who cut her teeth on absurdist pop jaunts, and sadly the result is milquetoast, at best. KISH LAL

INDIE ROCK
Bright Eyes, Down in the Weeds Where the World Once Was (Dead Oceans/Inertia)
★★★½

It has always felt slightly wrong to regard Bright Eyes as synonymous with melancholy and morose introspection, as has often been the Omaha band's reputation. For a long time Conor Oberst's songs have meditated on the solace and reward of small interactions and meaningful bonds in the face of controlling, destructive forces on a socio-historical scale. This continues with the first Bright Eyes album in nine years, and their 10th overall. 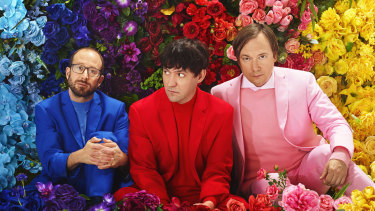 Bright Eyes: direct poetry from a complex band for our complex times.Credit:Danny Cohen

Down in the Weeds Where the World Once Was, recorded before the pandemic, features typically direct poetry that implores amity as much as it excoriates power. Production is on a startlingly grand scale – perhaps too grand at times – with strings and synths to the fore, while dulcimer makes for a lovely addition on some songs, and even bagpipes sound just about palatable on Persona Non Grata. Oberst's voice, which still maintains that immediately recognisable quiver after all these years, remains integral. While the album lacks the song-writing punch of The People's Key (2011) and Cassadaga (2007), undeniable standouts include the brooding One and Done and the sombrely romantic Hot Car in the Sun. A complex band for complex times. BARNABY SMITH

Can music itself be wise, or just the people who create it? Can it perhaps impart wisdom? Certainly some profundity is layered into this album's compositions, choice of players, improvising and production, so that, while being breathtakingly innovative, it also feels mysteriously ancient. Ever questing, composer/bassist Bill Laswell has come up with an opus that in some ways is an heir of Panthalassa, his 1998 remix of some of Miles Davis' electric music. 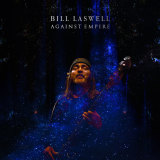 Bill Laswell’s Against Empire is a celebration of percussion and drums.

Indeed, Herbie Hancock is among the contributors here, his flickering electric piano dancing amid the enchanted forest of percussion textures. Pharoah Sanders is here too, the great saxophonist's vast sound spreading some of that sense of wisdom. Then there's multi-instrumentalist Peter Apfelbaum and Laswell himself, with his love of a bass sound that seems to swell the diameter of your speakers.

But, as vital as all those contributions are, Against Empire is also a celebration of drums and percussion. Laswell has assembled four quite different kit drummers (including Jerry Marotta and Chad Smith) and brilliant percussionist Adam Rudolph, so the music's surface is in constant flux – whether tumultuous or as peaceful as a lake. JOHN SHAND

From the low growl of flutter-tonguing to the breathy whimsy of the middle register and piercing cry of its top notes, the flute offers a timbral wonderland to those who can wield it. Thankfully for us, Derek Jones can wield better than most.

By his side is pianist Cameron Roberts, replacing Leigh Harrold as Jones' partner on this follow-up to 2016's Flute Perspectives Volume 1. Two sonatas for flute and piano bookend Volume 2, beginning with the energised, intergalactic landscapes of Stuart Greenbaum and closing with the ferocious cat-and-mouse interplay of Richard Meale's avant-garde contribution to the 1960s Australian composition scene.

Together Jones and Roberts navigate even the most challenging musical terrain with dextrous articulation, magnificent sensitivity and an ensemble that is razor-sharp. The achingly gorgeous tonal quality in Jones's rendering of Mark Pollard's The Amber Room is a standout of the album, as is Roberts' sparkling accompaniment in Anne Boyd's Cloudy Mountain.

By turns virtuosic, contemplative and haunting, this stunning collection leaves no stone unturned in its exploration of one of the world's oldest instruments. JESSIE CUNNIFFE