There has been much speculation about a possible romance between kd lang and Madonna – but the nineties singer has now hinted it may have been nothing more than a ‘showmance.’

Kathryn Dawn Lang, 57, from Canada, was a giant of the the country music scene back in the Nineties, and a lesbian icon, renowned for her androgynous looks.

As she and Madonna, 60, used their sex appeal to sell records, rumours circulated they were in a relationship at the height of their career – but she has now suggested it was nothing more than a publicity stunt by their PRs.

”We shared a publicist,” she told Sunday Times Magazine. ‘Did the publicist decide to put put those rumours so they could both sell records? ‘I don’t know the entire story. Maybe.’ 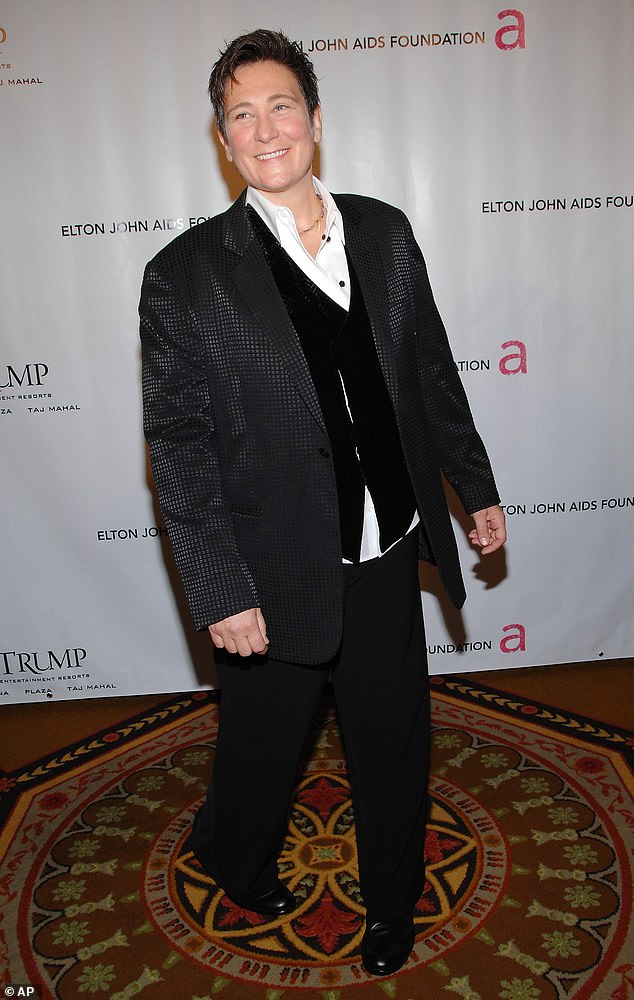 kd lang, (pictured) 57, rose to fame thanks to her sexuality in the nineties, fueling rumours she was dating Madonna. However, she has now suggested they were never an item. Pictured. arriving at the Elton John AIDS Foundation’s sixth annual benefit ‘An Enduring Vision’ at The Waldorf-Astoria Hotel, on Sept. 25, 2007 in New York 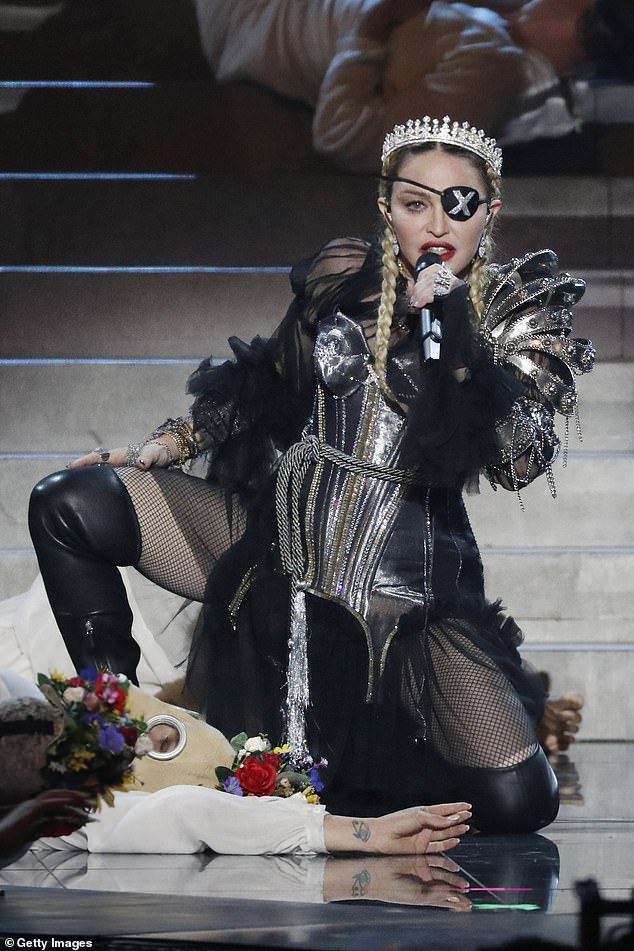 Queen of Pop Madonna (pictured), now 60, was friends with kd lang and the pair would often be seen together. Pictured, Madonna, performs live on stage after the 64th annual Eurovision Song Contest held at Tel Aviv Fairgrounds on May 18, 2019 in Israel 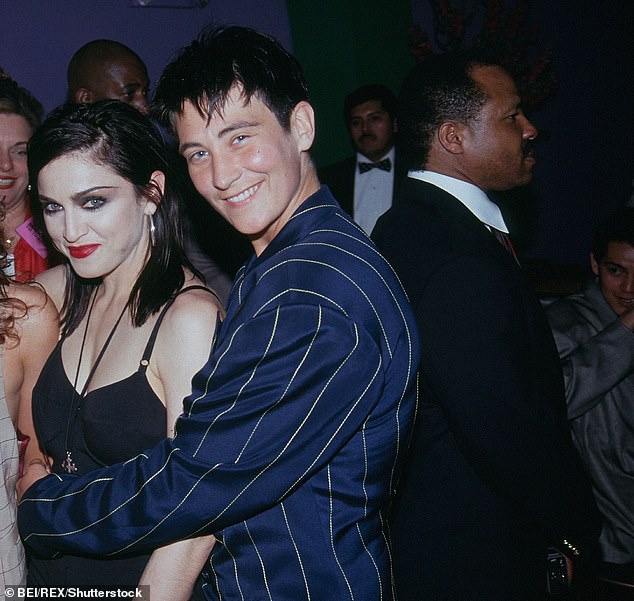 kd lang and Madonna pictured in 1991. While they were friends, the gay icon said they ‘never did it’ and just ‘hung out’

kd lang – famous for her sexuality – revealed they often hung out as she was dating one of Madonna’s friends – and went on to discuss the benefits of being in the same circle.

‘The lesbian chic thing was something that both Madonna and I benefited from,’ she said. ‘I didn’t know it was implied we were actually doing it, but Madonna and I never did.’

Back in the nineties, kd lang made headlines thanks to her masculine demeanour: she had short hair, bandannas around her neck and wore suits instead of dresses.

And Madonna is no stranger to using sexuality to promote herself either. In 2003, her kiss with Pop Princess Britney Spears during the Video Music Awards sent fans into a frenzy. 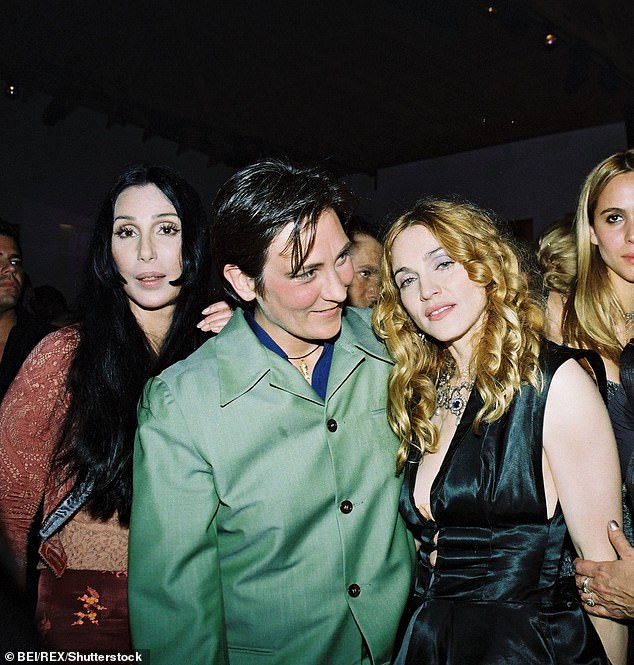 Cher hanging out with kd lang and Madonna at the Vanity Fair Post Oscar Party in Los Angeles, 1998

kd, who came out as gay in 1992 following the release of her Album Ingenue, says she knew she was gay at the age of five, because she had a crush on her female swimming instructor.

The gay icon. who broke up with her long-term girlfriend Jamie Price, also revealed that she doesn’t believe in monogamy.

‘I don’t believe in staying with someone for a long time,’ she said. ‘I believe in relationships and the fluidity of that is not constrained by social norms.’

Discussing gender, she went on to say the word ‘androgynous’ was antiquated, and remains confused by different ‘labels.’ 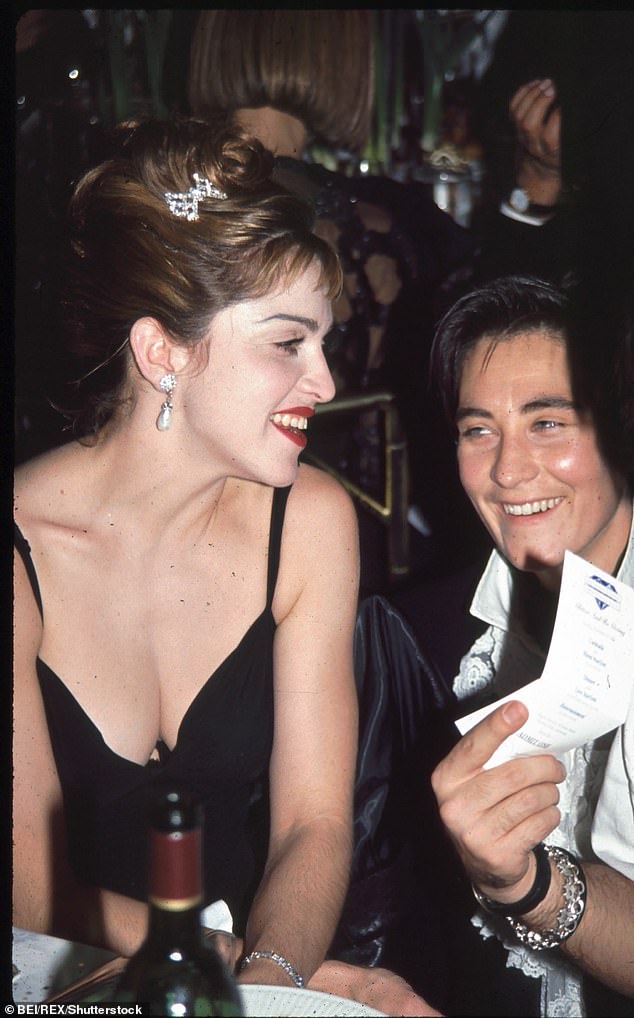 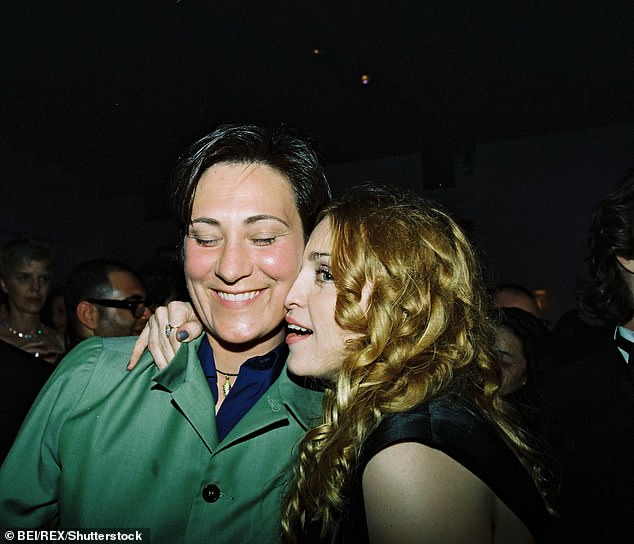 Speaking of young girls wanting to look gender fluid, she said: I understand it, but I don’t understand it intellectually.’

‘Does gender fluid mean that some days one feels masculine and some feminine? And non-binary, one feels that you don’t want to be defined by either?’

But whilst she played on breaking down gender roles and put her sexuality at the centre of her career, she has since had a change of heart, admitting she no longer feels the need to play up to the crowds.

Nor does she see herself as a sex object, instead, calling her young, hyper-sexual public person ‘cocky.’