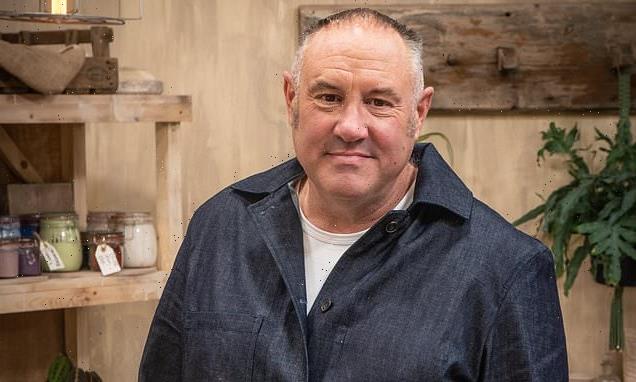 The one lesson I’ve learned from life: Keith Brymer Jones says don’t be afraid of being different

Potter Keith Brymer Jones, 56, is a judge on Channel 4’s The Great Pottery Throwdown. He lives in Margate, Kent with his partner, Marj, and has a 19-year-old son, Ned.

I’ve always liked being slightly different. At parties, I’d sometimes pretend to be someone else, like an astronaut or a shepherd. I inherited that from my dad, as he was quite anti-establishment. He would sneak into places for free. It wasn’t that he didn’t want to pay, he just liked bending the rules.

He worked for a building society, which he couldn’t stand. One of the few pieces of advice he gave me was: ‘Don’t be like me and do a job just for the money. Do something you enjoy.’ Being a potter is pretty unorthodox, I’m proud of that.

I discovered clay when I was 11 and it was like a religious calling. The other kids were having clay fights but I was intently sculpting an owl. I think it was my dyslexia which attracted me to clay; dyslexic people often have an affinity with shape and form. What I thought was a weakness became my greatest strength. 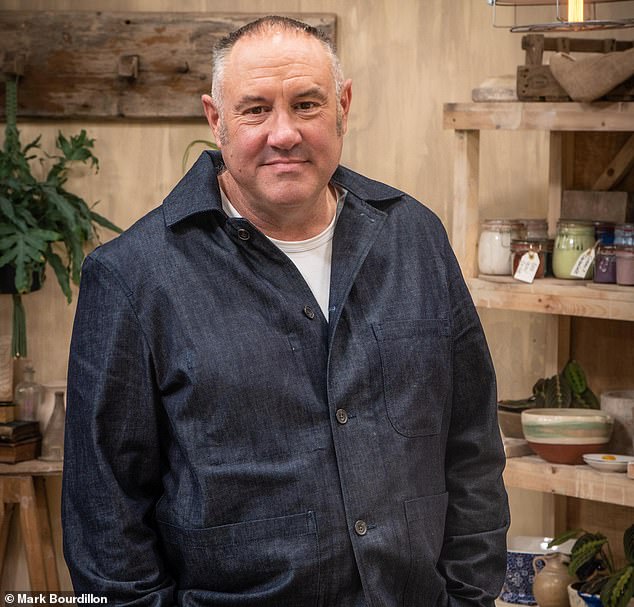 Keith Brymer Jones, 56, (pictured) who lives in Margate, Kent, reveals his desire to be slightly different was inherited from his dad

Oddly enough, it was music which got me spotted to be a judge on The Great Pottery Throwdown. I did a spoof video dressed as Adele called ‘Rolling Clay With Keith’ and it went viral. Of all the things I’d done — the years slogging as an apprentice, starting my own pottery range — it was a video of me singing in drag that caught the producer’s eye.

But that’s the algorithm of life. You need to say yes to everything because you never know what doors it will open. I’ve sort of become known for crying on the show, which I don’t mind although there’s more to me than tears.

I never used to cry much, but then my mum died suddenly when I was 29. I started having panic attacks and I couldn’t see the clay from the pottery, really. Bereavement counselling really helped and made me a more empathetic person.

When the potters come into the studio they’re terrified, and I really feel for them. When they place a piece in front of me, they are giving something of themselves to be judged. It’s so brave and that’s what chokes me up.

At first I worried that pottery on TV might be seen a bit like watching paint dry but, it turns out, people like watching something that’s a bit different!