Kim Zolciak dished about her daughter Brielle Biermann’s dating life on the HollywoodLife Podcast & revealed that NFL players are sliding into her DMs!

NFL players are apparently shooting their shot with Brielle Biermann, 23, according to her mom, Kim Zolciak-Biermann. The Don’t Be Tardy star revealed a ton on the HollywoodLife Podcast ahead of the season finale of the Bravo show, including some new details about Brielle’s dating life! The mom of six revealed that her oldest has been popular with the NFL players, who appear to not be afraid of her step-father, former Atlanta Falcons defensive end and linebacker, Kroy Biermann. LISTEN TO THE FULL HOLLYWOODLIFE PODCAST HERE!

“A lot of athletes will DM Brielle and you know, Kroy is a crazy rare athlete and he definitely verbalizes what men want… but there are those few and far between that definitely do want a relationship and a connection,” Kim explained on the HL podcast. “We find it so funny, when these NFL players DM Brielle and Kroy is like, ‘Oh man…’ Kroy has worked with them, he has a lot of great friends who are athletes. But, Brielle also is a really good judge of character.” 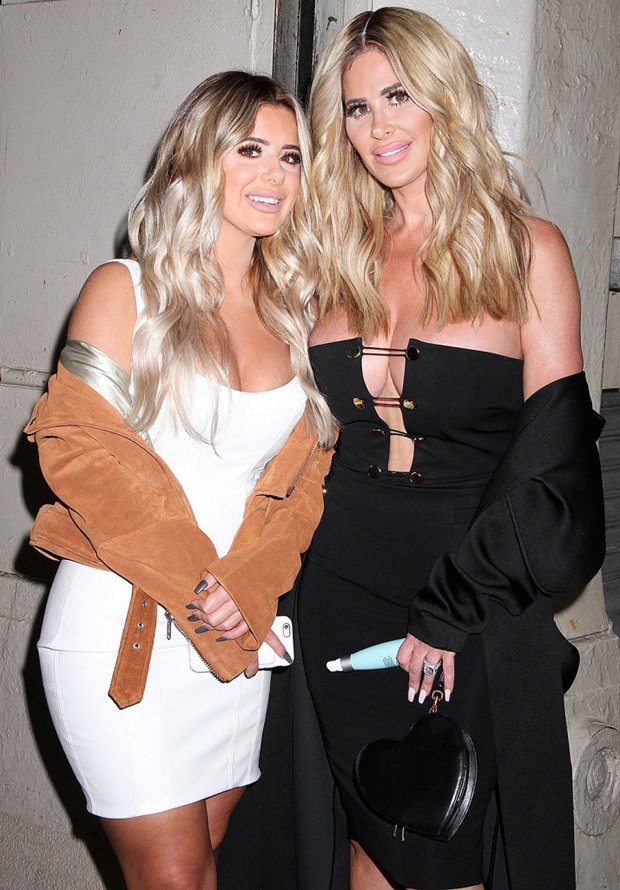 Currently single, Brielle previously dating baseball player Michael Kopech, who went on to marry Riverdale actress Vanessa Morgan, before filing for divorce after 6 months of marriage. “I want somebody for her that is her partner and committed and kind and understand Brielle because… Brielle is a little bit of a diva!” Kim admitted. “I think a mini Kroy for all my girls would be great.”

She added, “I think Brielle might be single for a while though because she’s like, ‘Kroy, you’ve ruined this for me!’ And everybody else agrees, and I would have to agree, I got pretty lucky.”

In the ongoing season 8 of Don’t Be Tardy on Bravo, we see how Kroy can literally do it all as he takes the wheels during the family ‘road trip from hell.’ “There’s not anything that Kroy cannot do. I’ve been on a mission actually, which is kind of a weird one, to find something that he literally can’t do,” Kim gushed. “I did not train him, he came that way! I think all Montana men are built that way. I keep telling Brielle to go to Montana to find a husband.”

Tune in to the double-feature season 8 finale of Don’t Be Tardy tomorrow, December 15th, at 9 PM ET and 9:30 PM ET on Bravo!