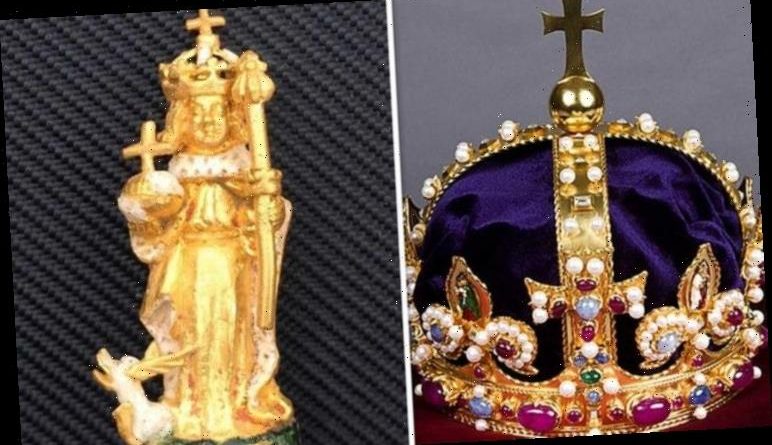 IN THE vaults of the British museum lies a two-and-a-half-inch figure so potentially valuable it is beyond the dreams of any treasure hunter. It was discovered by metal detectorist Kevin Duckett, who flipped a clod of earth in an otherwise unremarkable Northamptonshire field on a sunny day and found something so surprising it made him fall to his knees. Poking out was the solid gold figure of a king – unearthed after perhaps 400 years. “I brushed off the soil and sat down in amazement,” he recalled. This royal jewel, whose value is reportedly estimated at £2million, now lies at the heart of a mystery linking two royal martyrs and a lost Tudor crown.

Kevin approached me as a best-selling historian to research his discovery.

The crowned golden figure, holding a shimmering orb and sceptre, stands on a spotted antelope, which I recognised immediately as the heraldic beast of the 15th century Lancastrian king Henry VI.

A pious man who suffered bouts of mental illness, Henry’s failed rule had led to the period of civil strife we know as the Wars of the Roses.

He was murdered in 1471 on the orders of his victorious rival, the Yorkist king Edward IV. But Henry VI had a remarkable afterlife.

People decided that, while he had been a bad king, he had been a good man, and declared him a saint. Subsequent “miracles” attested to his power.

When, during the early 1480s, Thomas Fuller of Hammersmith, west London, was hanged on a false charge of stealing cattle, he prayed to the late king, who he later claimed kept him alive for a whole hour by thrusting a hand between the rope and his windpipe until he was cut down.

The base of Mr Duckett’s gold figure was marked out in rare and expensive enamelling with “S H” – for Saint Henry – and it was this engraving that set us further on the trail of the artefact. 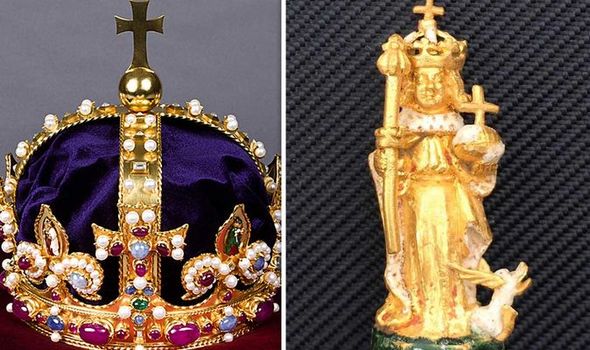 As the cult of Saint Henry grew, Edward IV tried to suppress it. Then his brother, and later successor, Richard III, tried to control it, moving Henry VI’s body from Chertsey Abbey, Surrey, to the royal chapel at Windsor.

But the cult was to prove extremely useful to the dead king’s half nephew, Henry Tudor.

He was only of illegitimate Lancastrian descent, with no blood right to the throne.

But after he defeated Richard III, at Bosworth in 1485, he announced his holy uncle had prophesied his rule as divinely ordained, and was crowned Henry VII, the first Tudor king.

During his reign the tomb of Henry VI at Windsor became the most popular pilgrimage site in England.

The royal chapel was like a tourist hot spot. Benidorm in Berkshire. Pilgrims bought badges of cheap lead alloy to mark their visit. Yet this solid gold figure doesn’t look much like tourist tat.

The fixing at its back suggested it was attached to something: perhaps a miniature devotional altarpiece – such as the gold and enamel figure of the Virgin held by the Victoria & Albert Museum – or a casket for Henry’s VI’s relics.

Pilgrims prayed before his hat, spurs and a piece of his bedstead, while other riches adorned the altar dedicated to him.

With the Reformation more than 90 per cent of religious art was destroyed. So this would be a very rare survival.

But Mr Duckett asked me to research a far more startling possibility. Historic Royal Palaces had made a video about a replica they had made of Henry VIII’s crown.

There were crosses and fleurs de lys encrusted with jewels. There were also indistinct figures of three kings.

They were attached to the crown with a similar fixing to the gold figure he had found. He went to see the crown at Hampton Court and, to his shock, saw staring back at him a cruder version of his gold king.

“I entered the room and my figurine’s identical twin was staring right at me,” he recalled. 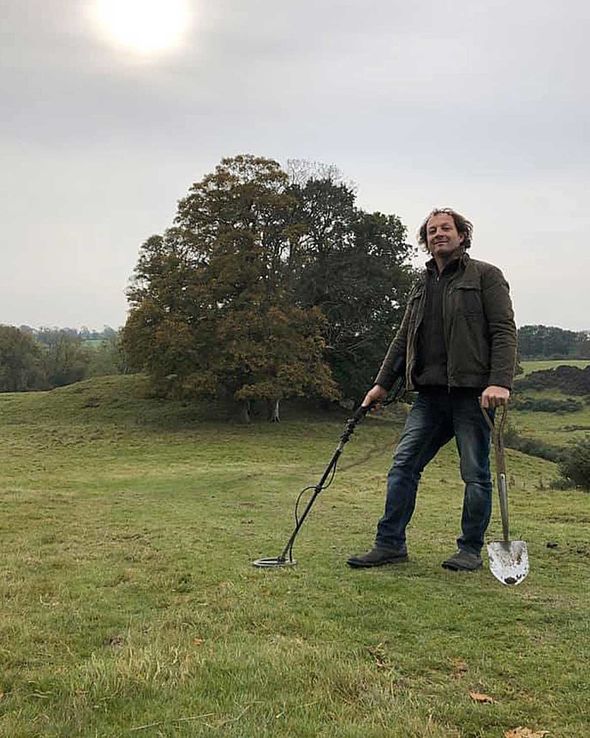 The crown was first described in 1521 during the reign of Henry Tudor’s son Henry VIII.

On the five fleur de lys were fixed three figures of Christ, one of St George and one of the Virgin and child.

But in a later inventory, at Henry VIII’s death in 1547, the figures of Christ had been replaced with three kings.

I discovered that in the Tudor Ryalle Book of household regulations, it was decreed the king should be processed in his crown every Epiphany – when the three kings brought gifts to the Christ child. Historic Royal Palaces believes the figures were the three saint kings of England: St Edmund, Edward the Confessor – and Henry VI.

So how did this little gold king end up in a Northamptonshire field beside a pond?

By the time the Stuart dynasty had inherited the Tudor throne the Reformation had ended the cult of saints.

When Charles I became king in 1626, Henry VI’s tomb and relics had vanished, and his name was no longer associated with piety but with failed rule and civil war.

But the Tudor crown with its crosses and fleurs de lys survived. Charles was described as doffing it to his MPs at the opening of his first parliament, as if he was tipping his hat.

It was to be the highpoint of their relationship, which broke down in 1629 to be followed by 11 years when Charles ruled without Parliament.

The replica at Hampton Court is based on a portrait of Charles painted early in this period in 1631, when his court was enjoying a time of idyllic peace.

He stands in a velvet suit alongside the crown. You can see the figure of the Virgin and child on the front fleurs de lys.

There is a very different image of Charles, painted by the Flemish artist Anthony van Dyck, near the end of this period in 1639 as he faced a Scottish rebellion against his “Popeish” religious reforms.

Van Dyck painted the king on the eve of battle in his armour and wearing his crown – as seen from the back.

It is evident it has been cut down to make it smaller, and it is an ugly view, so why use it? You cannot see the Virgin and there are no visible kings.

Was Charles anxious to avoid further accusations of Popery? Had the figures been removed even before the Civil War broke out in England in 1642?

If so, did Charles keep the three saint kings with him? Is it possible he even took the figure into battle? 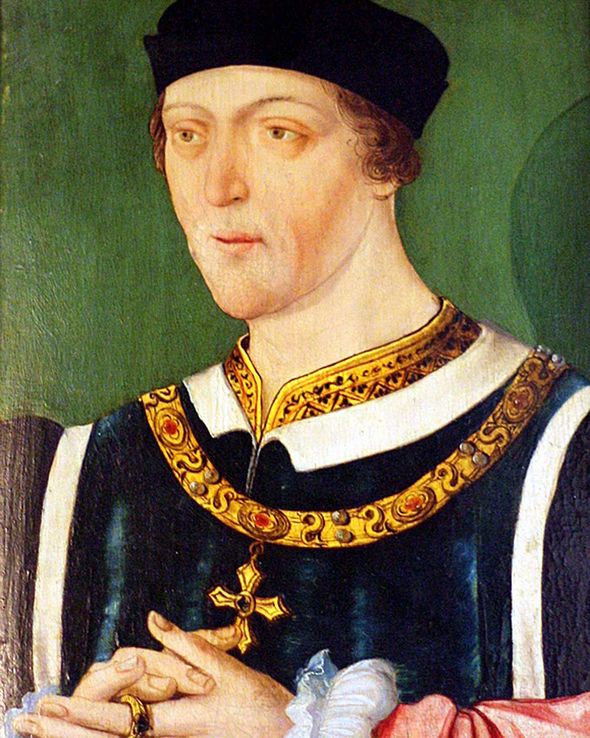 The figure of Henry VI – the loser of the Wars of the Roses – seems a strange talisman for Charles to have kept, except for one thing.

As Charles I’s biographer, I knew he was haunted by the belief that all his misfortunes were God’s punishment on him for signing the death warrant of his unpopular servant Thomas Wentworth, Earl of Strafford, a man Charles believed to be innocent of the treason of which he was accused.

Henry VI had once appeared in a miracle to save an innocent man from hanging. Did Charles see a connection?

I also identified the spot where Kevin Duckett found the gold king as being on the route Charles took as he fled Oliver Cromwell’s cavalry after losing the battle of Naseby in 1645.

The monarch dropped his pistols as he charged through a body of roundheads to escape. Several royalists following him were killed at a spot known as Bloodyman’s Ford.

There was also a massacre of up to 400 women in the baggage train on the road to East Farndon.

Many were mutilated with the “whores’ mask” – their noses cut off, mouths slashed into a horrible grin.

Some of the wagons, laden with royal goods, reached Market Harborough. But behind them was a trail of chaos.

The gold king was found by a pond near the main road to Market Harborough, east of East Farndon and south of Bloodyman’s Ford.

Before Charles’s execution he had defended his actions in a work of propaganda that declared him a martyr.

It was an international bestseller by the time the crown was melted down for gold in 1650, the gemstones and pearls sold.

There was no mention of the figures of the three kings. They may have been stolen. The Keeper of the King’s Jewel house, Sir Henry Mildmay, was later caught concealing £1,800 worth of royal plate.

But nothing further was said of the three kings who had once featured on the Tudor crown. The mystery of the gold king remains.

The British Museum hopes to unravel it, before putting this priceless figure on display.

Was it worn as a talisman, had it been the adornment on a holy object – or could it even be a magical survivor of the lost Tudor crown? It will be fascinating finding out.

Whatever the answer, there is no doubt Kevin Duckett’s gold figure remains the crown jewel of metal detecting, one of Britain’s most important and exciting historical finds of recent decades.

Leanda de Lisle is author of Tudor: The Family Story. Her new book is White King: The Tragedy of Charles I