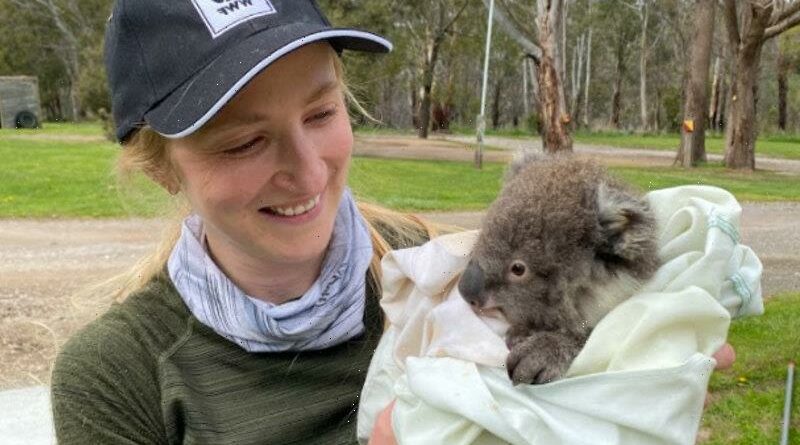 A long, extendable pole with a noisy, flapping piece of canvas attached to the end. The equipment to catch a koala might be basic, but ecologist Dr Kita Ashman says it’s all in the technique.

“When they hear that noisy piece of tarp or canvas above, they perceive it as a threat or predator, so they swat at it and start backing down the tree,” Dr Ashman says.

“Then you grab them with a hand underneath the bum and plop them into a bag.”

The 20 koalas they caught – 14 who had joeys – were weighed, had their sex and teeth checked, and a small amount of skin tissue taken from their ear (joeys were not sampled) before they were sent scrambling back up the tree.

Led by the University of Sydney, the koala genome survey is an ambitious plan to map the genetic thumbprint of 450 koalas and build a genome map for the species across its range, with a level of genome sequencing unprecedented in animal research. 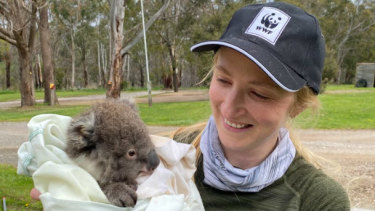 This depth of analysis means scientists will be able to identify which populations have important genetic variants – such as those for heat or disease resilience – that may better equip them to cope in an era of warming climate change. These populations could also be translocated in an attempt to boost genetic diversity in other regions.

One of the survey’s leaders is Dr Carolyn Hogg, from the University of Sydney, who says koala experts like Dr Ashman from all over Australia have been in touch, wanting to contribute.

Australia still doesn’t have a map of koala genetic diversity, or understand the similarities between southern and northern animals, says Dr Hogg.

“After the [Black Summer] bushfires we lost 25 per cent of koala habitat and we really have no idea of what else we lost.” 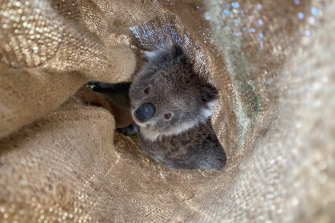 Koala experts have taken tiny skin samples from animals in Victoria’s far east to add to a genetic map of their species that scientists hope will help them understand how to better conserve the species.

This level of deep genome sequencing has not yet been attempted for any animals aside from humans, but later the program will focus on other species’ genomes, including the bilby, numbat and the Christmas Island skink.

The long-term future for Australian koalas is uncertain, and the picture is different in the northern and southern states. Koala numbers are dwindling in NSW and Queensland because of habitat clearing and loss, bushfire and disease.

But in Victoria, they suffer from a devastating overabundance in some areas and low genetic diversity. This is a historic legacy from attempts to repopulate the state after the hunting era with koalas from island populations that had tiny gene pools.

This has left the current Victorian koalas vulnerable to starvation and conditions such as the facial tumour disease that has devastated Tasmanian devil populations.

“Because Victorian koalas are so genetically poor, if they are vulnerable to a disease that comes through, then that’s it”, says Dr Ashman, “We’re on a precarious tightrope with koalas down here.”

Fortunately, there may be small pockets of genetically diverse Victorian koala populations left from pre-hunting times, including in the Strezlecki Ranges, which the genome project hopes to identify.

WWF-Australia’s program Koalas Forever has the aim of doubling koala numbers on the east coast by 2050.