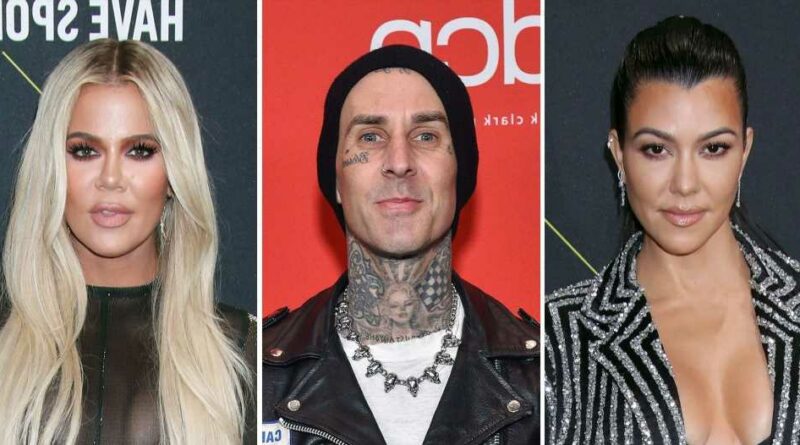 Setting some boundaries. Kourtney Kardashian confirmed that her fiancé, Travis Barker, will appear on her family’s new reality show — but she still plans to keep some things to herself.

Everything the Kardashians Have Said About Their Upcoming Hulu Show

“I definitely hold my relationship really close,” the Poosh founder, 42, told Variety in an interview published on Friday, March 11. “It’s so sacred to me and I am very protective of it. I think I’ve learned a lot of lessons. There is a lot of us on there, and we’ve had such a good time doing it because we have such a good time when we’re together, but I definitely want to protect it as much as I can. But also, this is my life.”

The Keeping Up With the Kardashians alum was responding to a question about whether her fiancé, 46, would be the “center” of her story line on the upcoming Hulu series The Kardashians. The California native said that the couple have invited camera crews with them on some outings, but she implied they won’t be getting too intimate.

“He obviously has a full-time job and a full career, so it’s not his thing,” she explained. “But I think he’s happy to [film], and we have had so much fun while we’ve been filming certain things that we’re doing, so I’ll just invite the producers to come along.”

Last year, Khloé Kardashian called out her sister for hiding much of her personal life during later seasons of KUWTK. While Kourtney was dating Younes Bendjima, for example, he never appeared on the show. The wellness guru dated the model, 28, off and on from 2016 to 2020.

“We weren’t even allowed to talk about it,” the Good American founder, 37, claimed during the KUWTK reunion, which aired in June 2021. “We’re not saying to put him on, but Kourtney wouldn’t even let us mention [him], even though there’s paparazzi photos. So we were frustrated that we couldn’t even talk about what Kourtney was doing.”

When host Andy Cohen asked if she ever felt like she was carrying the show, Khloé said that she and Kim Kardashian had definitely discussed it from time to time.

“Sometimes Kim and I have had this conversation really openly, is that we feel like we give so much and maybe others aren’t holding up their end of the deal too,” the former Kocktails With Khloé host explained. “If other people are going through things and are choosing not to share, that’s when it’s unfair, but if there’s really nothing else going on in someone’s life, what are they supposed to share?”

Shut Down! Every Time Kourtney Kardashian Has Denied Pregnancy Rumors

The Strong Looks Better Naked author also defended Kourtney for choosing to keep her personal life off the show, noting that she had already put so much of it out there during her relationship with Scott Disick. When the former couple welcomed their first child Mason, now 12, there were cameras in the delivery room. (The duo are also parents to Penelope, 9, and Reign, 7.)

Looking back on the moment, Kourtney told Variety she has no regrets about filming the birth. “We shot that ourselves, so it was our footage from a handheld camera,” she explained. “I didn’t have a microphone on, I didn’t have a lighting guy or a camera operator. It was all shot by Khloé and Scott.”